THE INIMITABLE Des Keogh comes to the Town Hall next week with My Fair Ladies, a new play which he has written and performs about the many women in the extraordinary life of George Bernard Shaw.

Following the phenomenal world-wide success of his adaptation of John B Keane's The Love Hungry Farmer, Des has put together this hugely entertaining new play. Produced and directed by Patrick Talbot, My Fair Ladies sees Shaw - played by Keogh - share anecdotes about the loves of his life, who included leading actresses of his day like Mrs Patrick Campbell and Ellen Terry, and elaborates on his forthright views on marriage and celibacy. Shaw was a prolific and controversial author and critic. His many plays included Pygmalion, which was turned into the phenomenally successful musical My Fair Lady.

Celebrating his 80th birthday this year, in My Fair Ladies, Des Keogh gets to fulfil a life-long ambition to play legendary Irish man of letters George Bernard Shaw. Over an afternoon phone conversation about the play, he began by reflecting on his encounters with Shaw throughout his long stage career.

“In my early years I was in Shaw’s Heartbreak House at the Gate with Hilton Edwards, that was my first one and it was quite an experience because I was a young actor at the time and it was a thrill to play with Edwards,” he recalls. “Later I played in Arms and the Man, I have actually played three different parts in that both here and in America. Most recently I played Petkoff in a production at The Gate a few years ago.

"Also, the actor Donal Donnelly was a good friend of mine and he did a one-man show called My Astonishing Self in which he portrayed Shaw. I admired that very much and a couple of years before Donal died, I asked could I see the script, and he very kindly inscribed it to me and said I could use it in any way I wished. I was inspired by that, but my own show is completely different because I decided to concentrate on Shaw’s love life.” 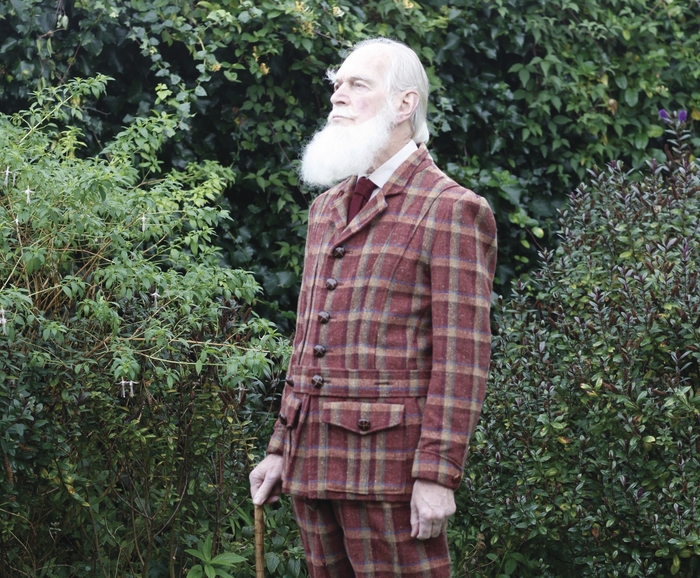 Shaw’s plays are not performed as frequently as those of his contemporary Oscar Wilde. “In my early days in theatre in Dublin, the Longford Company used to perform Shaw’s plays with great regularity,” Des observes. “I remember seeing actors like Charles Mitchel, Aidan Grenelle, and Maurice O’Brien in them. Then I think he fell out of favour for some years; some of his plays can be a bit long with a lot of argumentation and philosophising so that’s probably why. Recently however, the Abbey have done a few productions and Pygmalion has always been done for instance.”

Keogh goes on to talk about My Fair Ladies. “After seeing Donal’s show I read a good deal about Shaw in researching his life. He had views on practically everything under the sun, vivisection, vegetarianism, socialism, and so on. I decided for my audiences that I wanted to make the show as entertaining as possible. I wanted to present Shaw as a humorous character with a twinkle in his eye. I discovered he had loads of relationships and I thought it would be an interesting topic and would make an entertaining evening’s theatre.

"The principal relationships he had were with Mrs Patrick Campbell who was the original Eliza Doolittle in Pygmalion. She was one of the big loves of his life, yet that was actually a celibate, platonic, affair. A lot of his other affairs were like that, even his marriage to the Irish lady Charlotte Payne-Townshend. They agreed that sex was not going to be a part of their married life. Nevertheless, particularly in his earlier years, he was quite a philanderer and he had affairs with people like the actresses Ellen Terry and Florence Farr – who also had an affair with WB Yeats. There were a lot of interesting women in his life.”

Keogh reveals that these women inspired several of Shaw’s plays; “A number of his plays were inspired by the characters of his women. He wrote Captain Brassbound’s Conversion specifically with Ellen Terry in mind. Another lady friend, the actress Janet Achurch, inspired Candida. He seems to have fallen very much for actresses. He loved the theatre and had great admiration for actresses.”

I ask which writings of Shaw Des draws on in My Fair Ladies. “I do an excerpt from Pygmalion, one of the very funny scenes where Eliza is trying to pass herself off as a proper lady in a society drawing room,” he replies. “I also do quite a few excerpts from Shaw’s letters. He was a prolific letter-writer to practically every woman he was involved with. He wrote an enormous amount of letters to Mrs Patrick Campbell, they had an incredible correspondence over many years.

"Shaw fancied himself as a bit of an actor and loved to read his stuff to people, particularly to actresses when he was trying to persuade them to take an interest in a role. Ellen Terry was an interesting one because he fell for her when he saw her acting. They started a correspondence and decided that it would spoil things if they actually met so they carried on like that for years without ever meeting. They did meet eventually and she remarked rather enigmatically that he was quite unlike what she had expected from the letters.”

'I’ll go on as long as I possibly can'

Des recently completed two sell-out runs of the acclaimed revival of Moll by John B Keane at the Gaiety Theatre and last year he appeared in the world-premiere production of Dreamland by Jim Nolan, for which he was nominated for an Irish Times Theatre Award. As he approaches his 80th birthday however, it seems he may be winding up his touring forays; “That could be the case” he admits. “I’m certainly not giving up the business, I’ll go on as long as I possibly can. The touring side however has become somewhat taxing and I don’t like to be away from home so much. My wife Geraldine and I are celebrating our 50th wedding anniversary this year and I don’t like to be leaving her too much on her own either so I will be cutting down on the touring.”

The play has also seen Keogh put up an impressive Shavian beard for the role. “I’m very much bearded at the moment,” he declares. “I’ve grown this big fuzz and though I say so myself I do look quite like Shaw. I’d sum up My Fair Ladies by saying it is an entertainment show, there is nothing academic about it and I include a good deal of Shaw’s humour throughout.”