When Gogan completed writing his one-man show, he decided there was no better way to perform it than on a nationwide tour of the bookshops and bookclubs of Ireland. The tour started with two special performances in the famous Swenys Chemist on Lincoln Place in Dublin, one of the many places visited by Leopold Bloom on Bloomsday. He has also performed it recently for a bookclub in south Dublin, the Gutter Bookshop in Temple Bar, and Days Bazaar Bookshop, Mullingar. There are also plans to perform in other bookshops and bookclubs throughout Ireland

Strolling Through Ulysses is a 70 minute whistle-stop tour through Joyce’s famous novel, highlighting the fun, action, and characters of the book. The show is humorous, entertaining, and informative, and scattered with extracts from Ulysses which best illustrate the various aspects of Joyce’s writing - the comical, the descriptive, and the complex.

“It’s a light-hearted mischievous crash course on Ulysses,” says Gogan, “and it is a little bit bawdy, certainly irreverent, but also great fun! I have a passionate interest in Joyce’s work, particularly Ulysses, and it has always been a source of frustration to me when the majority of my friends tell me that they haven’t read the book or have tried and failed. So I decided to write a one-man show to take the myth and mysticism out of Ulysses and present it to the public in a non-academic way. The reaction from audiences to date has been amazing and very positive.

“I first encountered Ulysses when I was 17. I was very interested in English literature generally. I was very struck by Ulysses though I probably only understood about half of it at that stage but I was determined to learn more about it. What struck me most was the phraseology and wording, the way Joyce is so extraordinary in the way he describes things. I bought a guide titled Ulysses Unbound by Terence Killeen which I found really good and I would re-read Ulysses every two or three years after that.

"I first did my one man show on Ulysses about 10 years ago. If you’ve seen a really good film or read a really good book you’re dying for your friends to enjoy it as well. But when I’d talk about Ulysses people would blank off. I remember a good friend, who was well read, said half way through the first chapter you don’t know who is doing what. I was wondering why that was, where was the difficulty and it suddenly hit me that one of the major difficulties is that it is not punctuated in a user friendly way.

“So I decided to write out the first chapter with clear punctuation and indications where there is dialogue and internal monologue, and once I started I decided to do the whole book and publish it as a way of letting people read and enjoy it as a good, entertaining, book, not just as a university text.” 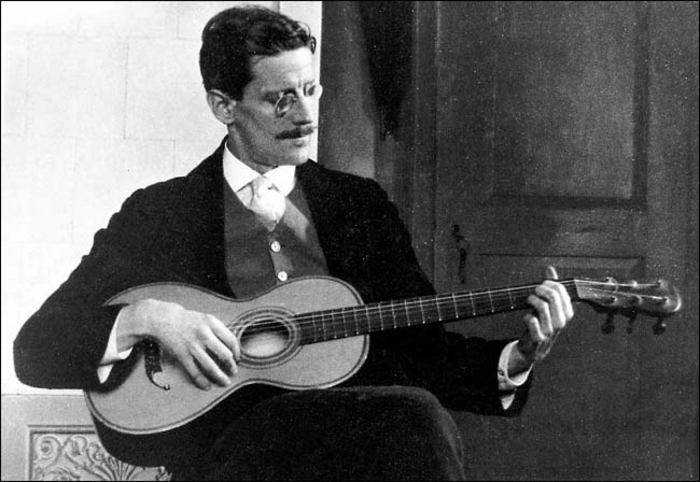 Gogan’s edition of Ulysses, in which he has added punctuation and formatting to help people derive the maximum satisfaction from it, Ulysses Remastered, was published in 2012 and is available through all bookshops.

“Around the time I did the book I decided to do a play about it as well, and that’s how Strolling Through Ulysses came about where I explain to people over about 70 minutes about the beauty of Joyce’s writing. You can deliver most of the important things from the book. I explain who the main characters are and their relationship to each other. I concentrate on the funny aspects of the book, a lot of people aren’t aware Joyce wrote it as a funny book. Nora Barnacle used to complain that while Joyce was writing certain chapters he’d keep her awake with his guffaws at what he was writing.”

Gogan concludes that he is “really looking forward” to performing Strolling Through Ulysses at Charlie Byrne’s. “It’s one of my favourite bookshops,” he says, “and, besides, Galway has such strong connections with Joyce, being the birthplace of his wife and soulmate, Nora Barnacle, the person who had the greatest influence on him throughout his life.”