GALWAY WRITER Claire-Louise Bennett will launch her debut collection of short stories, Pond, this Saturday at the Hotel Meyrick, as part of the Cúirt International Festival of Literature.

Published by Stinging Fly, Pond is an exciting collection marking the arrival of a singular literary talent. It is not a conventional story collection; at times it reads like a fragmented, episodic, novel or a series of entries from some fictional journal. Some pieces are no more than a few lines long, while others are like prose poems.

The stories in Pond observe and reflect on the inner life, on human relations, and the natural world. The writing is sharply perceptive, richly descriptive, and occasionally laugh-out-loud funny. ‘A Little Before Seven’ offers a pin-sharp and hilarious meditation on the link between alcohol and sexual attraction, ‘Finishing Touch’ dissects the social dynamics of a house party, ‘To A God Unknown’ sensuously describes a stormy night. On every page there are sentences succulent as strawberries.

‘I have no idea why I came to Galway’

Originally from Wiltshire in England, Bennett came to Galway in 1999 and has been active in the city’s arts scene ever since, initially as an actor and theatre-maker. “I have no idea why I came to Galway,” she tells me over a Monday afternoon chat. “I have no connections here. My family aren’t here, they never even came here. Maybe that’s the reason!” she says with a burst of laughter.

Bennett’s laugh, earthy and unfettered, punctuates our conversation and provides a counterpoint to her analytical responses to my questions. That combination of acute intelligence and vivid humour also characterises the anonymous female narrator whose voice is a pervasive presence in Pond. Her writing has come more to the fore in recent years. Her stories have appeared in journals like Stinging Fly, gorse, and Colony, while in 2013 she won The White Review Short Story Prize.

“The writing was always there, before anything else,” she says, “but writing and making a book are two separate things so the fact I was writing for a very long time doesn’t mean I was a writer. I have heaps of stuff that will never see the light of day because it just doesn’t belong there. For me it wasn’t so much about taking my writing more seriously, it was trying to find a way of making it comprehensible without compromising that voice or sensibility. That was the real task.

“The odd time someone would read a piece they would respond very positively and would want to read more. That did get me thinking that perhaps I did have something. It was very gradual and I wasn’t in any hurry to be honest, I’m not ambitious in that way. There were a lot of difficulties I needed to address, things like structure and stuff were a bit of a nightmare. I wasn’t ever going to write a novel along familiar lines.

“I read an awful lot. I think I was probably reading the wrong books for a long time; I enjoyed them but they weren’t helping me. Then I discovered this whole other world of literature, a lot of it European, people like Italo Calvino, Robert Walser, Marlen Haushofer, and I thought there is a lot of possibility here so that was great [she emits another salvo of laughter]. It grew from there slowly, you want to absorb those things, you don’t want to emulate it particularly, you absorb it. It gives you a kind of courage, but you don’t want to be going away from one approach then adopting another. It needs to feel like it’s coming from the work itself.” 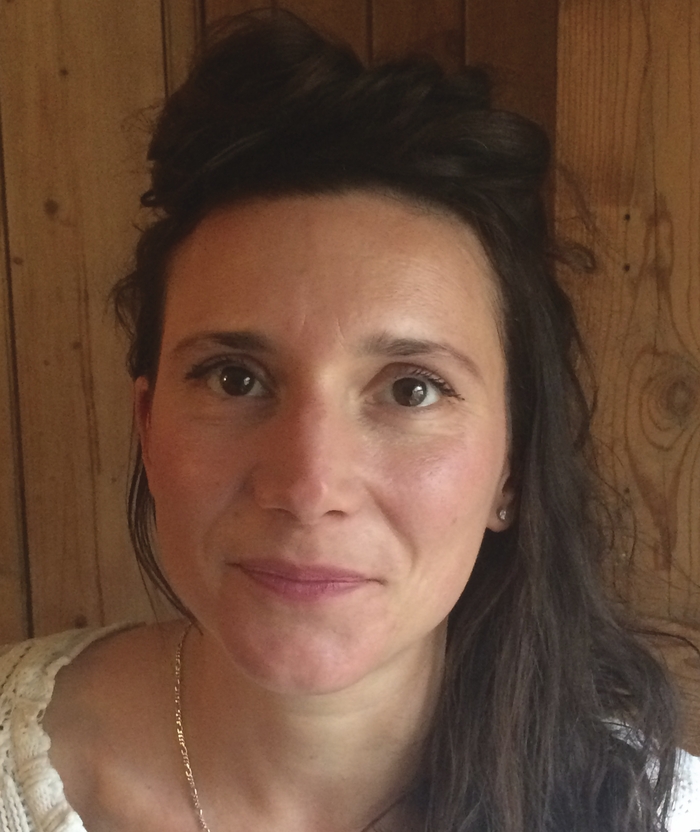 I ask Claire-Louise how she decided upon the shape and sequencing of Pond. “I was thinking about it in terms of a musical composition,” she replies. “For me the whole thing exists altogether from the beginning. When you hold a book it’s all there in your hand though then there’s a sense as you read through it that it’s not there yet [laughs].

“For me it is all there simultaneously from the start, so how do you bring someone around it. For me, each piece primed the next one so there was a sense of movement. I went to Annaghmakerrig in January last year, I printed everything off and I had this enormous room where I just spread everything on the floor and then you start seeing what occurs between them. On their own they are one thing but put together stuff happens and it is interesting and you pick up on that and get a sense of what goes where.”

Pond almost totally eschews the use of names, either of people or locations, throughout the book. “I was interested in trying to convey what existence feels like rather than an individual’s life,” Bennett explains. “The paradox of the book is that on the one hand it feels very intimate and personal yet there is very little personal information. I’m really interested in that because I’ve been wondering how is it that you get a feeling of closeness to somebody, how does that happen? What does that process involve? Is it that they tell you lots of stuff about themselves or is it something else?

“I’m interested in how we make ourselves known and the way we go about knowing somebody else and gradually acquire a sense of them. I wanted to break that down and look at it. One part of me hates that stuff about self and the I, it drives me crazy, but you can’t avoid it so I wanted to give a sense of somebody but not through the usual means and within that context something like a name isn’t relevant.”

Bennett concludes by explaining why she chose Pond as the book’s title. “In the story ‘The Big Day’ there is reference to a pond and a sign has been put next to it that says ‘Pond’. It’s about how in life, particularly as you become an adult, you realise there is a lot of writing across spaces that you come in contact with, lots of signs, and the word for the thing is often next to the thing itself. It’s almost like those signs kind of replace the world in a way, you can almost see it fading away behind them.

“That’s another thing about your own name, it can seem to have more density and validity than you do yourself. By calling it Pond I was sort of saying here are some words trying to describe or depict something but at the same time they can’t really do that, they are just next to experience, they are not experience. Language and reality are very different things and that’s basically what I am acknowledging.”

Pond is launched at the Hotel Meyrick, at 4pm this Saturday. The launch will be performed by artist Alice Maher who designed the cover of the hardback edition. Pond retails at €20 hardback and €12.99 paperback.