ONE GOOD Turn, a new comedy play by Una McKevitt opened this week at The Abbey Theatre in Dublin, and this weekend it will be livestreamed to Galway.

Ireland’s national theatre will stream One Good Turn live on Friday June 25 and Saturday 26, while the play will be available on-demand until July 10.

One Good Turn centres on a family on the brink, keeping the show on the road any which way they can. Brenda wants Frank to do his exercises, Aoife wants to go to a wedding, while Fiona has no idea what she wants, and Frank is looking for the gun. Written by the Stewart Parker Award-winning writer Una McKevitt and directed by Emma Jordan - awarded Best Director at The Irish Times Irish Theatre Awards 2018, both artists are making their Abbey stage debuts. 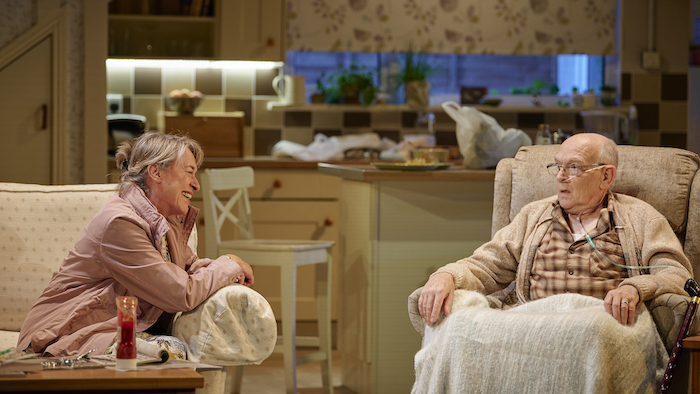 The cast includes Bosco Hogan, Catherine Byrne, Shane O’Reilly, Pom Boyd (Frank of Ireland ), Liz FitzGibbon, and Aoibhéann McCann. This will be the first live ensemble production on the Abbey stage since March 2020, with an audience in attendance.

“To ensure we are still doing our best to serve all of Ireland’s audiences we have developed a hybrid format that allows us to have a limited live audience in the auditorium, while it is being filmed and live-streamed to people at home at the same time,” said Graham McLaren and Neil Murray, directors of the Abbey Theatre.

Tickets are available from the Town Hall Theatre Galway via https://tht.ie/3605/one-good-turn.