A DREAMER, a radicle, an entrepreneur, a man with a love of place, community, and sport, Connemara's Sean Ó Loingsigh wants to give his local region a boost, by building a golf course in a bog.

This time, has he gone one step too far? This is A Maverick Islander, the new documentary from the great Margaretta D’Arcy, now in her 87th year. It is produced by Laurie Allen and Finn Arden.

It will receive its world premiere at www.galwayfilmfleadh.com on Sunday July 12 from 12 noon, and will be followed by a Q&A with the cast and crew. 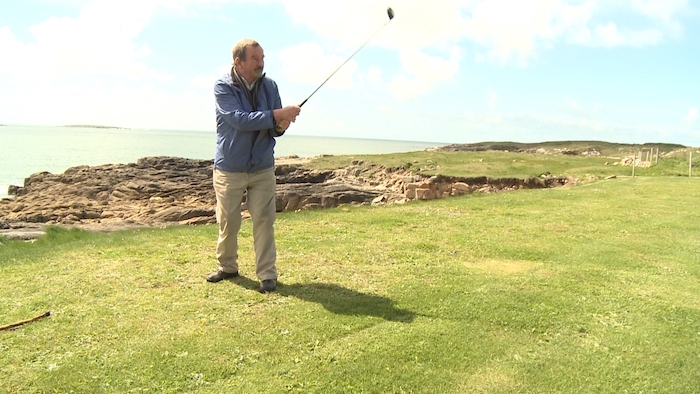 Sean lives in the Ceantar na nOileán region of Connemara, which is made up of small, often tidal, islands linked by a chain of bridges. The main islands are Annaghvane, Lettermore, Garumna, Lettermullen, and Furnish, but the other, smaller, islands are only accessible by boat.

In an effort to boost tourism to the region he plans to build a golf course. Can he realise his new plan or is it too radical? The film follows, in a humorous way, Sean‘s banter with his fellow protagonists and his frustration at how local politicians ignore the potential of the islands.

The film can be rented for €5 from https://online.galwayfilmfleadh.com/film/a-maverick-islander.