LIKE EVERYTHING this year, the Galway Film Fleadh is a bit different. Usually the opening night is in a packed out Town Hall Theatre, but in 2020 we are all tuning in from home.

The Fleadh has done an amazing job even holding a festival in the current situation, and the line up looks exciting. The opening film, The 8th, is a documentary co-directed by Aideen Kane, Meave O’Boyle, and Lucy Kennedy, covering the abortion referendum in Ireland in 2018.

The film mostly focuses on two campaigners, Alibhe Smyth - a veteran Irish Feminist/activist movement, and Andrea Horan, a beauty salon owner in Dublin who came to activism a little later in her young life. They represent the young and the old movement behind the Yes campaign and are equally passionate and compelling subjects.

The film does a good job providing historical context for the referendum, examining Ireland's struggles with women’s health around events like the X case and the Tuam babies. While it does focus on the winning Yes campaign I was very interested in the speakers from the No side. John McGuirk, a Save The 8th campaigner, gives an interesting insight into how his side would have run the Yes campaign.

'I found myself very moved at the stories of women having to fly to Britain to get abortions juxtaposed against the thousands flying home to vote. Flying home to vote to put an end to that journey once and for all'

When you consider the graphic posters the No side used, it is not a surprise his ideas were to use the extreme cases of rape and incest more prevalently as reasons for abortion, rather than the more nuanced slogans such as 'Sometimes a private matter needs public support' which he critiques. That five minute section alone says more about the winning and losing of the referendum than any other interview or testimonial.

Not only is the narrative of the documentary compelling, even if you are very familiar with the campaigns and results, the film also looks beautiful. Wonderful drone shots over the countryside lay a background for such a pivotal point in our recent history. 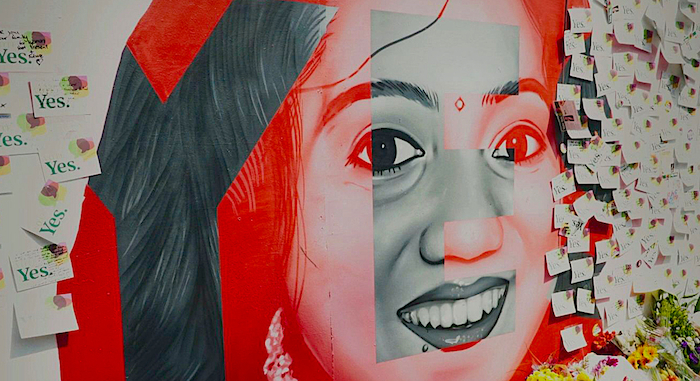 One particular moment, where we hear testimonies of women who had abortions in Britain, we are shown the stunning Kerry countryside while we hear how the State let down so many women, and how the UK nurses were so understanding and helpful. I found myself being very moved at the stories of women having to fly to Britain to get abortions juxtaposed against the thousands of people flying home to vote. Flying home to vote to put an end to that journey once and for all.

The Fleadh will continue until Sunday and if you are put off by the online element, or intimidated by technology, I must say it is incredibly easy and straightforward. Other film festivals will try something similar, and post-pandemic, it is exciting to think we could have the option to attend these festivals virtually. For people who have disabilities, or lots of young children, or even just live far out of Galway, it really does open the festival up for all.

Discover what else the Fleadh has in-store, browse the Galway Fleadh 2020 Programme & Book your tickets.