"WE ARE stardust, we are golden," sang Joni Mitchell on her iconic song ‘Woodstock’ and a similar idea informs Starseed by Killian Glynn, which receives its premiere from Eva’s Echo Theatre Company at the Town Hall Theatre studio next week.

In this new dark comedy, the central character, Iris, homeless and disillusioned, is far from the goddess she was named for. The streets of Galway transport her to surreal, dangerous, and mystifying visions and she finds her past brought suddenly into the present. Armed only with her sharp wit and aided by her best friend Gavrail, Iris must unravel her dreams and step into reality...before it is too late.

“Iris believes we are all ‘star seeds’ while we are alive and when we die we become the stars in the sky,” Eva’s Echo director and co-founder Rena Bryson explains. “She believes she has a very important mission in life and that there is something special about her.”

Starseed is Killian Glynn’s first full length play and Bryson tells me how Eva’s Echo have come to do it. “Killian is an actor/playwright from Mayo, now based in London," she says. "We studied performing arts together in Sligo, and he had several short pieces produced by Rabbit Riot Theatre Company there. He acted in our first show, Match, and, last November, sent us this fantastic script for Starseed, though it was only a 10-minute piece then.

"I decided to put it in front of an audience at a creative writing night to see what the reaction was and we quickly realised there was something very special there. We wanted to make it into a full length play so Killian started sending me a new draft every month and we’d meet and chat about it and the direction it was going in. Eva’s Echo very much worked with him on developing the play which was the first time we have worked like this.”

'We all know there is a worsening homeless crisis in Galway with over 300 people on the streets. We are trying to reflect the stories of the homeless in Galway and that theme is a large part of the play'

Bryson describes Glynn’s attributes as a playwright: “His writing contrasts between realism and more poetic writing which works very well in this piece because it goes between reality and dreams. There is also quite a bit of comedy in there. His other plays were much more fully comedic and Starseed is equally dramatic and comedic.”

“At the beginning of the play Iris and Gavrail are mourning their friend Shauna,” Bryson continues, as she outlines the content of Starseed. “The three of them lived together on the streets of Galway, and we all know there is a worsening homeless crisis here. An article I read in May said there were over 300 people on the streets. So we are trying to reflect the stories of the homeless in Galway and that theme is a large part of the play and the characters’ lives. 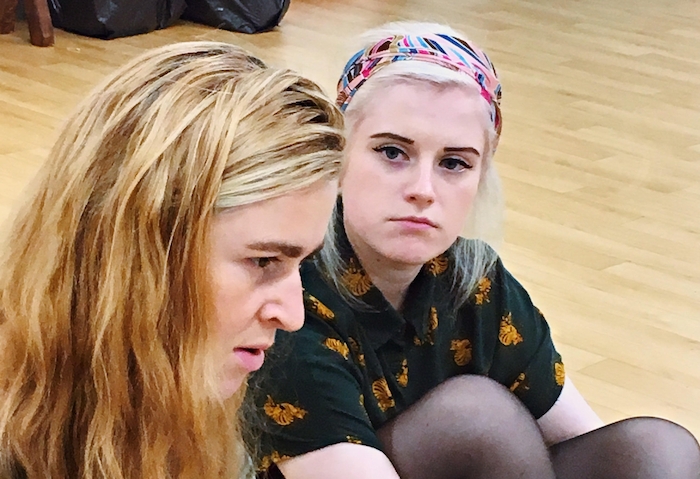 "Iris is in her twenties, she is sharp and witty though a little immature. Gavrail is older, in his early forties, and the two of them are helping each other survive on the streets. There are dreamlike sequences throughout the play, but it is very much up to the audience to take for themselves whether they want to interpret them as Iris’s worsening mental illness or if she is being affected by the supernatural.”