ONE OF the busiest performers over the next few days at the Vodafone Comedy Carnival is Northern Ireland’s Shane Todd. As well as appearing in his own show, The Toddfather, at the Mick Lally Theatre on Saturday, he features in three other gigs over the weekend.

Todd is a gifted comedian, TV/radio presenter, and podcaster. He is rapidly developing a huge following through his YouTube videos; his North Down ‘celebrity’ character Mike McGoldrick; and his multiple stand-up comedy, TV and radio appearances, as well as his podcasts, The Shane Toddcast, and the cult Boy Town podcast, which he co-hosts.

On stage is where he is most in his element and The Toddfather is his biggest show to date. Its title derives from when Shane lost a bet to his friend and fellow-comic Dave Elliott and the penalty was to have ‘The Toddfather’ tattooed on the back of his leg.

“The idea was to put it somewhere I’d rarely see it,” he tells me over an afternoon phone call. “My wife wasn’t very keen on the tattoo and when I asked her where would be a good place to get it she said ‘as hidden as possible’ so the back of the leg felt like a good place to do it. I forget that I have a tattoo because it’s hidden,” Shane continues.

“So when I see people with tattoos that I don’t like I still have that moment where I think ‘Who’d ever get a tattoo?’and then I realise ‘oh yeah, me!’ I think it’s better when you have a good story behind getting a tattoo, like when people say they got one to mark the passing of a relative or some milestone in their life, but losing a general knowledge quiz with your mate on Radio Ulster probably isn’t the best reason to get one.”

Is he in the habit of taking on eccentric bets or dares? “Not really, I think part of it is being a stand up comedian, you kind of will do anything for a laugh and you have to be a good sport. The reason I did it, and didn’t just get a temporary tattoo, was, first of all, I said I was going to do it, and I just think, as silly as the tattoo is, it will always remind me of a funny moment in my life. It’s a silly thing to do but I think it’s OK to be silly sometimes.

“The actual tattoo story isn’t, at the minute, in the show because one night I was pressed for time and I didn’t include it and I felt the hour went better without it. Though my worry is that people will shout ‘show us your tattoo’ and there is no way of doing that without taking my jeans down. It would have been ideal if the tattoo was on my calf because then I could just roll my jeans up but, in 2019, you can’t really be onstage with your jeans around your ankles especially when everyone has camera phones!” 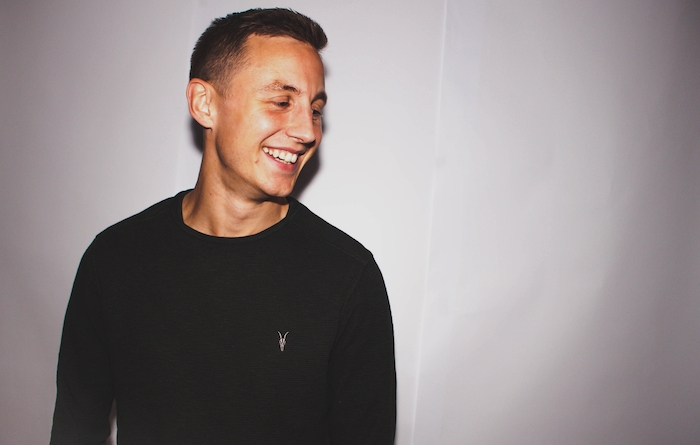 So if the Tattoo story is gone what remains? “The show started being about me being reborn as ‘the Toddfather’ character and that theme is still very much part of the show,” Shane explains. “It is about me now being 31 and seeing people who I used to go to school with who have serious jobs and responsibilities whereas I am a stand up comedian. It is full of observations and stories which is the style and subject of stand up that I’ve always adored.”

Shane expands on his personal style of comedy. “A few years ago, when I was going to the Edinburgh Fringe Festival, the shows that were winning awards were ones that were a little bit more serious; there’d be a bit of emotion in there, a story about pain or something like that. I tried to do that for a while but then I realised that the comedy I enjoy is just funny for the sake of being funny.

"It doesn’t always have to follow a theme, it can just be a collection of stories and observations that don’t really go anywhere and that is what I am back to doing now; I didn’t want to give my show a real heavy theme. Whenever I go to comedy clubs now, it’s all Brexit and doom and gloom and, while there is very funny material about that, I like doing something that is a little bit silly. I like my comedy to give me a bit of an escape from what’s going on in the world."

'I’ve gone over to America quite a bit in the last year, but I love home. That’s why I don’t want to be based anywhere other than home'

While he has performed to acclaim in Britain, the US, and mainland Europe, Shane is still happy to be based in his Holywood, County Down home, rather than relocate to the bright lights of London. “The option is always there if I want to move but I feel settled where I am and I am happy to be based just outside Belfast and then travel,” he notes. “Starting out as a stand up you’d realise how many gigs there are in places like London, and Dublin to an extent. They were always the conversations you’d have with other comics your own age, who’d say ‘We’re gonna move to London and do five shows a night and Live at the Apollo’ and all that kind of thing.

"As time has gone on I have seen friends do that but, with air travel and social media and things like that, the world is a far smaller place, so I can go and do shows in London, and I’ve gone over to America quite a bit in the last year, but I love home. That’s why I don’t want to be based anywhere other than home, though I do have the ambition to travel and do shows all over the world. Home will always be home because that’s my best experiences of life. I like being able to go abroad and do stand up about home because we do have a unique perspective on the world.”

Tickets and booking are via www.vodafonecomedycarnival.com