This year’s festival, which runs to November 17, is curated by Kerry Guinan, comprises 15 contemporary artists, four specifically commissioned projects, and 12 associated events, across 14 venues in Galway. These include a socially-engaged commission by artist and folklore collector Michael Fortune, in collaboration with the Skehana and District and Heritage Group; a large-format public art commission by Dublin collective SUBSET; and a new partnership and exhibition with Galway City Museum. Events range from an all-ages weather-reading workshop with Nikita Coulter in the Nuns Island Theatre to a black-metal-noise performance by the metal band Bogs of Aughiska in the Róisín Dubh.

The festival theme is 'tactical magic' and will explore magic as it manifests in art, politics, and the sciences. “The inspiration for the festival was the magic and mythology of the west of Ireland,” Guinan tells me. “The starting point is looking at the theme of magic. Magic is a belief in a cause and an effect so its practitioner believes by performing a certain act something particular will happen like making someone fall in love with them or whatever. 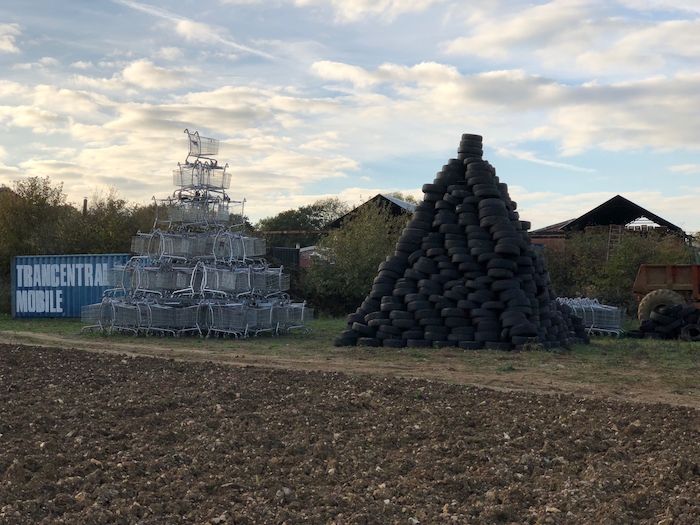 "This is why I have included the prefix ‘tactical’ because it amounts to doing magic in a tactical sense. I believe that art is magical in this way also; when we produce art we believe that it will have an effect on the world even though we can’t prove a relationship between art and its effect. The festival is about trying to explore and preserve that belief system and I think it is an important belief system.”

TULCA’s central theme not only embraces the ancient worlds of myth and folklore, but the modern realms of science and technology. “I am quite pleased with that aspect of the festival,” Guinan says. “When you go to see the exhibitions you may not see magic in the sense you have encountered it before; potions or symbols, or astrology. I was trying to find magic in places where you wouldn’t expect to find it, such as systems of science, technology and politics. So, for example, the introduction to weather reading workshop (Nuns Island, Sunday, November 3, 12 noon ) combines scientific and folk methods of reading the weather so it is really equalising these two types of approach.”

Art, Magic and Marxism is the intriguing title of a seminar at NUIG’s O’Donoghue Centre on Thursday, November 7, at 2pm. “They are three things that sound difficult to reconcile but this is precisely why I organized the festival,” Guinan declares. “There is quite a political undercurrent going through the festival. Magic is an inherently political word because it has always been defined by religious and political systems in order to ostracise practices.

"By naming something as magic you push it outside of reality, you are saying it’s not real. The seminar is about trying to reconcile Marxism which would be scientific and rational in its line of thought with the need to have a value system which appreciates things that are more symbolic and intuitive and can’t be rationalised by primarily economic analyses.”

Another highlight is An Evening of Mythological Music with Natalia Beylis and From the Bogs of Aughiska at the Róisín Dubh, on Thursday, November 14 at 8pm. “I am very excited about that event,” Guinan enthuses. “It will be an evening of avant-garde music by musicians who have their homes in the west of Ireland and, in their music, respond intuitively and experimentally to the myths and landscapes around them. The Bogs of Aughiska describe themselves as black metal noise alchemists and take a lot of inspiration from their homes in the Burren. Natalia is based in Leitrim and she will be performing a set which responds to a trip that she took out there. The event is engaging with people who have a relationship to magic and myth in their practice.”

The festival also features a number of notable commissions. “We have four commissions this year because I wanted to support artists by developing new work,” Guinan explains. SUBSET are doing a public art event at Spanish Arch. Belfast artist Barry Mulholland is doing a piece which re-enacts a peculiar incident from The Troubles in Northern Ireland where British military intelligence staged a threat in order to stir social chaos so that is quite significant given what’s happening now. We also commissioned renowned artist and folklore collector Michael Fortune to go out to east Galway and record interviews with people about their folk beliefs, especially in relation to plants and trees and magical powers they have, and that has resulted in his exhibition The Plants, Flowers and Trees of Our People at Tuam Library. Artist Diana Copperwhite, whose work has been exhibited internationally, has been commissioned to produce a new painting for the festival.”

What Time is Death?, at the Pálás Cinema, on Saturday November 9 at 6pm, is Paul Duane’s film about the return of the legendary KLF. “Paul has been given rare access to Bill Drummond, formerly of the KLF, who, in 1994, ago burned a million pounds and then took a vow of silence to never talk about it again,” Guinan reveals. “The film documents their return after 23 years in which they are building a new monument in Manchester which is a pyramid made of the ashes of people who are deceased. You can sign up to become part of this pyramid. It is a deep future project that will take 300 years to complete the scale of pyramid that they want.

"The film is a unique insight into the way they work and also how they have changed in the 23 years after their earlier high profile project. That whole weekend is death-themed; there is a Life and Death Curators Tour at noon that day, departing from Engage Art Studios, followed by a performance of Keening Garden Door by Day Magee, at the Festival Gallery, which reinterprets the practice of keening and applied to his own personal life.

“We also have a new partnership with Galway City Museum and as part of TULCA they will be putting on a display of magical artifacts from their collection which will be quite special. As part of the display I’ve also commissioned a group of people from the Traveller community with Galway connections to produce an artefact for that display which afterwards they will donate permanently to the museum as a gesture towards better inclusion.”

Guinan sums up the array of artists converging on Galway for TULCA; “There is a very broad range, I wanted to have a festival that included internationally acclaimed artists and also supported emerging artists based in Ireland. Christian Fogarolli is a well known international artist from Italy based between Sorrento and Prague so it is a delight to have his work in the festival. Also we have Anri Sala from Albania who represented France in the Venice Biennale. There are some amazing names on the list, it is going to be a great collection of artists all together and I am really excited to be bringing them to Galway and to form a community around the festival.”

The TULCA launch tomorrow evening will include performances by Day Magee and Mark Cullen. For more see www.tulca.ie