ONE OF the landmark events of 1980s Irish politics is brought to vivid theatrical life in Haughey/Gregory, by Colin Murphy, which plays the Town Hall Theatre next week.

Following the February 1982 General Election, the Independent Tony Gregory, a surprise winner of a Dáil seat, held the balance of power. After tense negotiations, he struck a deal to support Fianna Fáil's Charlie Haughey as taoiseach in return for massive investment into Gregory’s deprived north inner city Dublin bailiwick.

“I like using the stage to look at big political stories,” playwright Colin Murphy tells me as he explains what drew him to the story. “I have lived in the north inner city and still have an office there so it is an area I know well and I knew the story of the Gregory Deal just from growing up in the seventies and eighties. I thought at first it would be good to do it just for a local audience but when I got stuck into the research I realised it wasn’t just a piece of local history, it was a classic story of politics of every time.”

In researching the story, Murphy found his views of its two main characters changing. “I was intrigued to find how much of a genuine connection was made between these two ostensibly very different men," he said. "I grew up with a classic middle class south Dublin idea of the Gregory Deal; that it was a craven bit of parochial stroke politics that was not in the interest of the country as a whole.

"I am persuaded now by what Gregory and his team were trying to do, but the more surprising thing is that I found myself persuaded of the integrity with which Haughey also entered that deal. A friend who saw the play last week told me afterwards ‘You’ve done something I didn’t think possible, you made me feel for Charlie Haughey’. It is the job of the playwright not to stand in judgment but to put yourself in the shoes of all the characters.”

Murphy describes the personal dynamic between Gregory and Haughey. “In many ways they couldn’t have been more different," he says. "Gregory had a crappy office in a rundown inner city street and Haughey was living in his mansion in Kinsealy. Haughey tried to get Gregory to come out to Kinsealy and Gregory astutely refused so Haughey had to come into him.

"The first thing Haughey did which really impressed Gregory and his team was that he came on his own with no minders or airs and graces. The first thing he said was ‘I know what I want. What do you want?’ That won their respect and made them feel they could do business with him whereas when Garret Fitzgerald came he just didn’t ‘get them’ and was uncomfortable in the environment. 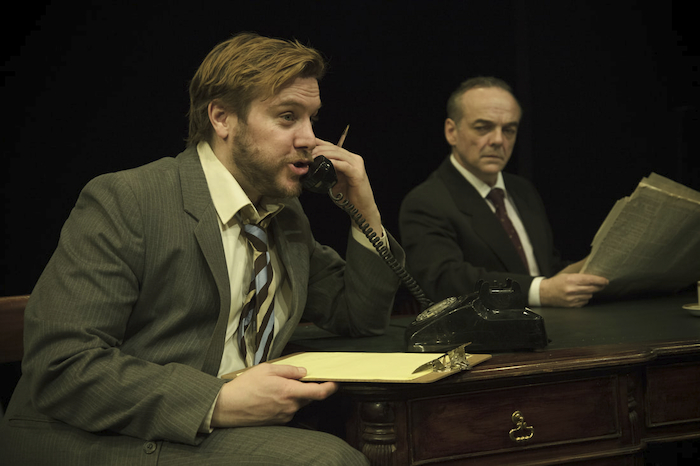 "After a few meetings with Haughey they felt that, not only would he give them the best deal, but that he would back it and that his commitment would be genuine. Partly that was because Haughey had a track record in the area; his firm’s office was in Amiens Street and he knew the area so there was an affinity there.”

The play also features the characters who surrounded the two main figures. “There is always a much wider world around the central characters and you can have a lot of fun with the bit parts,” Murphy notes. “We have a cast of five who play 25 characters in total and there are cameo appearances from Garret Fitzgerald, Martin Mansergh, Bertie Ahern, PJ Mara, Desmond O’Malley, and more. We hop back and forth between the Gregory office where he has his two lieutenants his secretary, Eileen, and Kinsealy where you have Charlie, Bertie and Mara and Des Traynor arriving to go through the accounts.” 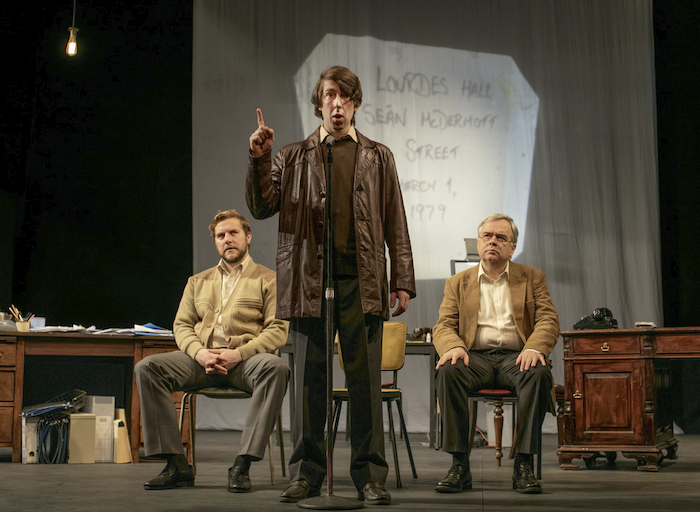 I remark that this is a list of names that evokes the heady days of Scrap Saturday. “Some scenes have at least an element of ‘homage’ to Scrap Saturday,” Murphy admits. “I am writing about politics and political history, and at the heart of the play there is serious debate about real issues, but I also want people to enjoy themselves so it has to be entertaining as well and we do get comic value out of the play.”

How would Murphy assess the legacy of the Gregory Deal? “You could call it empowerment,” he opines. “Gregory drew attention to a part of the country and its problems that had been neglected to an extraordinary degree. The deal collapsed when the Haughey government fell in November 82 and it was some time before investment picked up again, but the area remained on the map. The argument that the Gregory Deal had a negative influence on Irish politics was overstated. It was a local deal but the need for it was unarguable. It was also remarkably ahead of its time – it included things like the setting up of an independent inspectorate for children’s homes which would not happen for another 15 or 20 years.”

Haughey/Gregory is at the Town Hall Theatre on Thursday May 9 at 8pm. It is presented by Fishamble and directed by Conall Morrison. The cast includes Ruairi Heading, Morgan C Jones, Janet Moran, Michael Glenn Murphy, and Jonathan White. Tickets are from the Town Hall (www.tht.ie, 091 - 569777 ).