WHEN EDNA O’Brien’s novel, The Country Girls was first published in 1960, it scandalised conservative Catholic Ireland and the controversy over the book saw it being both banned and ceremonially burned.

Today it is universally recognised as one of Ireland’s great literary classics and the Abbey Theatre is touring a new staging of The Country Girls which comes to the Town Hall Theatre from April 23 to 27.

This Abbey production is directed by Graham McLaren and sees the central role of Kate being played by newcomer Grace Collender. Indeed Collender is still in the final year of her BA in drama studies at Technological University, Dublin, so to make her debut as the lead in a main-stage Abbey show is about as big a feather in the cap as any young actor could dream of.

“It was a bit mad, but it’s been amazing,” she declares when I ring her for a chat about the play. “I am actually standing outside the college right now; I just left a lecture to take this phone call. Casting director Maureen Hughes was auditioning actors for Country Girls and I went along and was called back for three more auditions then I got the part. The college are delighted and I was delighted. It was a big jump going from college to the Abbey, especially going into a leading role where I barely leave the stage, but my classes in TU prepared me well for the discipline of professional theatre and everyone at the Abbey has been really good with me as well.”

I ask Grace whether she was familiar with the novel before doing the play. “I got the book out of the library in Trim, where I am from, when I was 16 and I remember it having a big impact on me. I am grateful that I read it at that age because, even though the book is set in the 1950s Ireland, the heart of the story is the relationship between Kate and her best friend Baba, and that coming of age story for those two girls is universal. 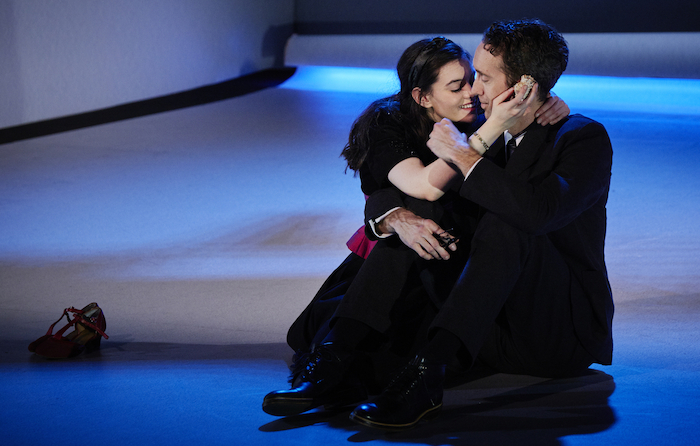 "It is important to remember when you read it that the 1950s were a hard time to be a woman in Ireland, but for me it resonated most as a coming of age story about female friendship and empowerment. The topics it addresses were even taboo to a degree when I was a teenager, Edna speaks candidly about relationships and sex and I remember thinking it was the most liberating thing in the world reading it. Her writing is so honest, nothing is sugar-coated. That was another reason I was delighted to get the role.”

Edna O’Brien was present throughout the rehearsal process and Grace relished her attendance. “As an actor it was so valuable to have her there," says Grace. "I could talk about the character I was playing with the woman who created her. I thought it would be terrifying and it was a bit at the start because she is literary royalty but it was also liberating because she gave me the go-ahead to do whatever I needed to do with the character. 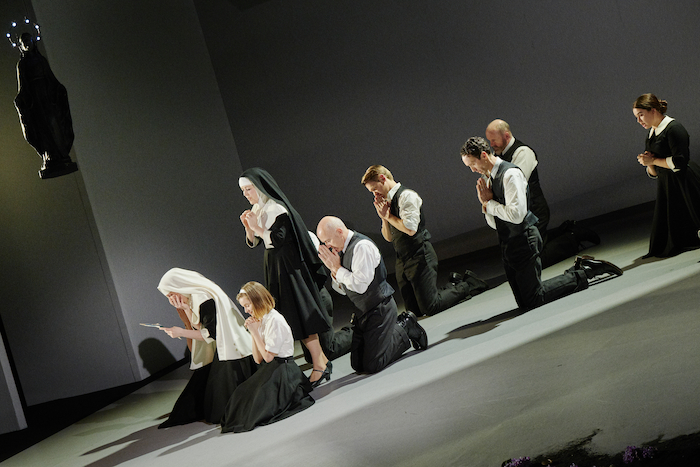 "With Edna sitting in the room I knew that she would tell me if I was doing anything wrong and I could also go to her and chat about anything I was unsure of; and when we did chat it was never a case of her telling me what to do, my opinion was valued. I knew the character very well going into rehearsals from having read the book but I felt so grateful having her in the room.”

Grace expands on the nature of the friendship between Kate and Baba (played by Caitriona Ennis ): “Their friendship is at the heart of the story and it resonates for a lot of people who came to see the show at the Abbey," she says. "Kate and Baba have like a love-hate relationship but it is mostly love. They have never really been without each other, they are like siblings. 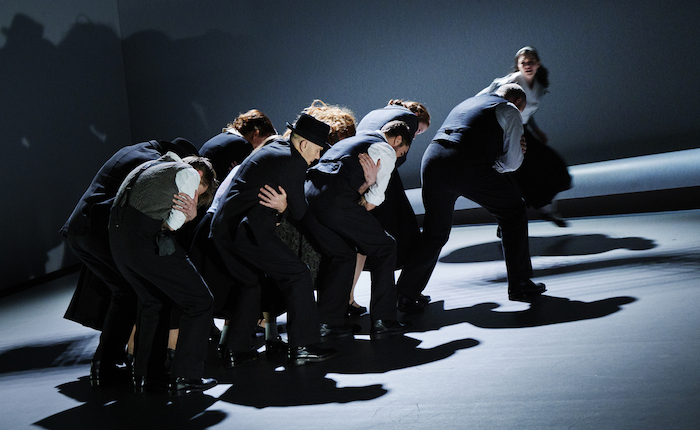 "One character always seems to have something that the other wants; Kate is intelligent and gifted in school. She loves to write and has a romantic air about her and a way with words. Baba doesn’t have that but she has a wisdom and confidence that Kate lacks. The two of them kind of complete each other. They need each other and love each other, as we learn throughout the play, but because they start off at a young age we see that process of how we grow up with people.

'There was such an interesting audience demographic with the show. We had secondary school students studying the book and older people who read it when it first came out'

"It mainly happens in friendships where you have been friends since you were small then as you grow up you discover different nuances in each other and maybe you start to want different things or become different and then you make a choice to stay together or part ways. That is something that a lot of people experience and it resonates with people who have come to the show.”

Far from being a straightforward narrative retelling of the book, the production incorporates movement, music, and song in its staging. “There is a general expectation of what The Country Girls will be as a play but a lot of people were surprised when they came to see it,” Grace observes. “It is very much more a show than a play. There is music composed by Ray Harman which ornaments the story and then there is movement choreographed by Vicki Manderson. The show follows a kind of dream logic as if it were all in Kate’s head.”

The Country Girls has also been drawing audiences whose age range spans people who have been reading Edna O’Brien since the 1960s and others who are Grace’s age or younger. “There was such an interesting audience demographic with the show,” she states. “we had secondary school students who are studying the book and older people who had read it when it first came out. 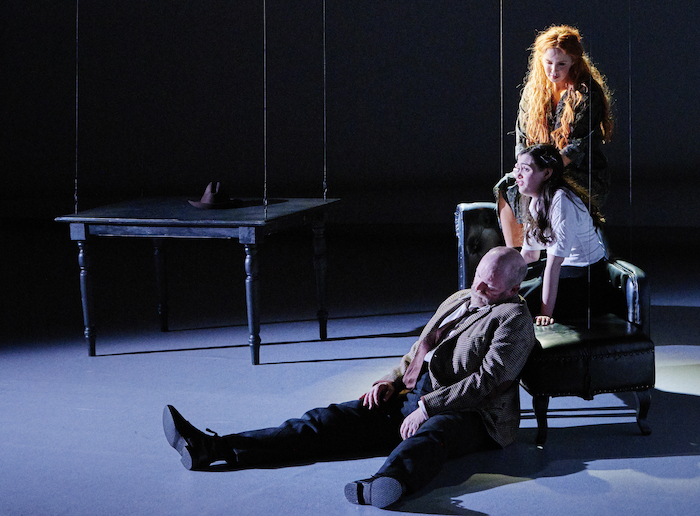 "I remember talking to one old woman who recalled how she used to read the book under the covers for fear of being caught. It is such an important book because it gives the women of that time a voice. The book was publicly burnt when it was first published and to see it now on the national stage and going out on tour is really important for people of that time but also for younger people because the story is universal.”