SAY SUE Me have been called surf-rock, C86, shoe gaze, and dream-pop. Truth is, they are all of these. You can hear their roots - Yo La Tengo, The Velvet Underground, Pavement, sixties girl groups - but above all they are indie because they embody a very pure expression of what that means as a sound, as a way of making music, as a way of thinking about life.

When Say Sue Me - Byungkyu Kim (lead guitar ), Sumi Choi (vocals/guitar ), Jaeyoung Ha (bass ), and Changwon Kim (drums ) - play the Róisín Dubh next week as part of their debut Irish tour, they are coming with a mission. “It would be a great pleasure if we could prove there is a healthy indie music scene in Korea,” Sumi tells me. “It is not yet very known. We think there are many good bands and there are some moves to support them. We expect more bands will be known to the world in the near future.”

This is a goal Say Sue Me is fast achieving with their profile rising in both Europe and America; the critical acclaim from Pitchfork (“vibrant and catchy instrumentation” ), NPR (“stylish and timeless” ), Uproxx (“[an] innate ear for a warm melody” ), and The Fader (“really sweet, melodic rock that makes me feel like I’m in high school” ); and Elton John playing their song ‘Old Town’ on his Beats 1 radio show.

The band from Busan 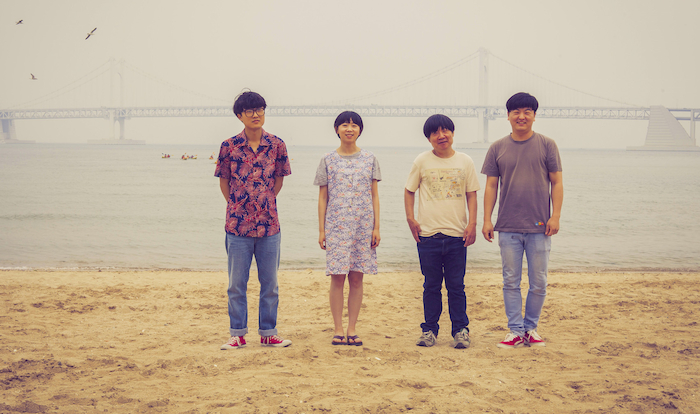 Say Sue Me is from Busan, the second largest city in South Korea, and the story goes that Byungkyu, Semin, and their former bass player were in a tea shop when Sumi arrived. They heard her speak and thought she might be a good vocalist. “We decided to make a band and started looking for a vocalist,” Byungkyu says. “We thought Sumi would fit in, and it would be nice if she could sing with her soft, calm and deep voice.”

The band are still based in Busan, and admit having a love/hate relationship with the city, as explored on ‘Old Town’: “I just want to leave here/But I want to stay here.”

“Busan always makes me feel that way,” Sumi says. “It is a city where young people leave a lot. But there are still some people we love and we can’t find any reason to leave here. I think it is a good city to live because it is less cold in winter and less hot in summer. Busan's people are a little grim but honest and adorable.”

Busan’s location on the southeastern coast of Korea, and the 325km which separate it from Seoul, has provided Say Sue Me with a certain independence from the main musical and cultural trends in the capital. It is a distance they prize. “We’re far from Seoul, so we could not be affected by the music scene there and we think it could have affected us,” Sumi says. “We do what we like. The mind is not one, it is confused. It is always accompanied by high and low waves, like a rolling wave. The sea is always there for us, it is mysterious and fun whenever we see it.”

That independence and “confusion” has resulted in Say Sue Me being a trailblazer for indie music in Korea, and to altering the wider world to the country’s indie scene, especially given K-Pop is the peninsula’s dominant music, both nationally, and as an export.

The band are signed to George Gargan’s London based label Damnably, which released the band’s most recent album, Where We Were Together (2018 ), and last month remastered and re-released their 2014 album We’ve Sobered Up and 2015’s Big Summer Night EP. Sumi admits she is “feeling these ones fresh”, especially as the new versions “sound much more stereoscopic and expresses our songs better. We hope it will be felt as a new discovery for many people.”

'Pessimism seems to be too easy, so I am trying to fix it. Contradictory emotions are always together and sometimes I am afraid of being too sure about something'

Winning audiences outside Korea has led to a the band’s profile rising in their native land. “Korea is gradually showing interest in our music,” Sumi continues. “We appeared on TV and radio, we also won two awards at the Korean Music Awards, but we think the reacting is still small.” Despite that, the band performed at the DMZ Peace Train Music Festival in Korea’s Demilitarized Zone last year. “We went from the southernmost tip of Korea to the most northerly way we could go,” he says. “We were incredulous and thrilled. It was truly an honour to have played at that first festival.” 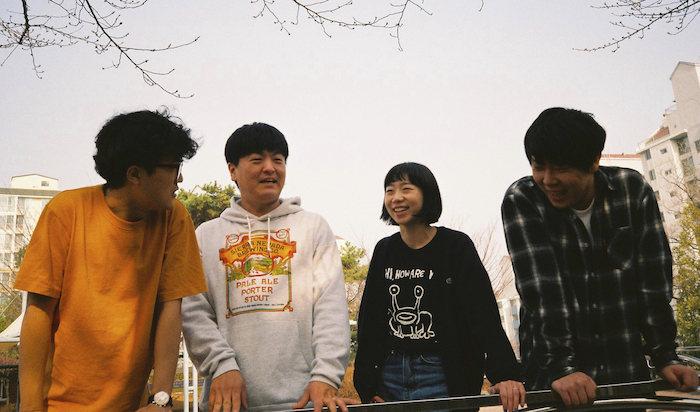 In a previous interview, Sumi admitted: “I have so many complaints about my ideas and myself and everything in this world.” When I ask her, for this interview, why that is, she replies: “Probably this is the story that came out of the process of trying to fix this pessimistic habit. I don’t know why, I just seem to be such a personality. But pessimism seems to be too easy, so I am trying to fix it. Contradictory emotions are always together and sometimes I am afraid of being too sure about something. But I think I’m getting better.”

The band’s most recent single, the slightly country tinged ‘At The End Of The Road’, saw the political being combined with the personal, as it tackles the subject of the pollution of the sea: “We only know how to mess it up. We abandon, destroy, crush, and pollute. Pretending not to know.”

“There is a big island called Jeju in Korea,” says Sumi. “One of the teams at the site made a project to produce LPs from plastic waste in the sea. We wrote ‘At The End Of The Road’ for the project. We thought of the sea as the one who gave it all away, and are saying that we only ruin it, pretending we don’t know, in a straightforward way.”

Say Sue Me are enjoying their rising profile and increasing success, and while Sumi admits, “no one knows how it will change” going into the future, she takes inspiration from his idols, the long-running indie institution that is Yo La Tengo. “Yo La tengo is comfortable and cool without any unnaturalness,” she says. “It’s so cool they make all of their various genres into their own. It is also wonderful to have the same band for a long time. It is not easy for anything to be steady for a long time.”

Say Sue Me play Strange Brew at the Róísín Dubh on Thursday May 9 at 9pm. Tickets are available from www.roisindubh.net; the Ticket Desk at [email protected], Shop Street; and The Róisín Dubh.