Brexit D-Day is coming ever closer and yet the British government continues to lurch shambolically through the issue, its approach a chaotic mix of delusion and ineptitude. A refreshingly clear-eyed and illuminating view of Brexit can be found this weekend at the Galway Film Fleadh, when David Wilkinson’s documentary Postcards From the 48% will be screened at the Pálás cinema on Sunday afternoon.

The title alludes to the 48 per cent of UK voters who wanted to remain in the EU, and Wilkinson travelled around the UK interviewing young and old, industrialists and trade unionists, Conservatives and Labourites, English, Scots, Welsh and Irish - whose voices add up to compelling arguments for Britain should stay in the EU. Contributors include Ian McEwan, AC Grayling, Alastair Campbell, Baroness Wheatcroft, Miriam Margolyes, and, from Derry, Mark Durkan of the SDLP.

Durkan will be attending the screening of Postcards and, over an afternoon chat, he shared his thoughts on Brexit, reflected on the Good Friday Agreement, and described his longtime love of Galway. 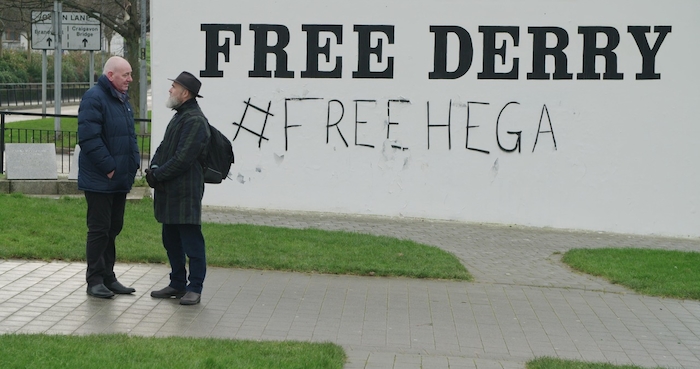 Born in Derry in 1960, Durkan grew up through the Troubles, his boyhood marked by seismic events like the Battle of the Bogside and Bloody Sunday. However, it was the hunger strikes of 1981 that triggered his move into politics. “When I was at school I was very interested in current affairs, but my thoughts career-wise would have been to be a journalist,” he tells me. “Then, when I was at Queens University, the hunger strikes happened and I saw how that issue really divided the student population, including my own mixed group of friends. It seemed to me that the only people who were trying to address that situation on the basis of reason, rather than rage, was the SDLP. Up until then I’d been as good a barstool critic of the SDLP as anyone else, but in those circumstances I felt I shouldn’t be just waiting for the party to be made in the perfect image of my views, so I became more actively associated with them.”

'In some respects the DUP are being played by the Brexiteers. We just have to work through this and the Irish Government has played a very responsible role both before and since the referendum'

Starting off as an assistant to John Hume, Durkan became increasingly prominent within the SDLP, becoming its chair in 1990. He was one of the key negotiators of the 1998 Good Friday Agreement and, 20 years later, he reflects on that achievement.

“It’s easy for people to forget the Agreement didn’t just happen at a Big Bang moment, it was built on layers of understanding over many years, going back to the Anglo-Irish Agreement, John Hume’s dialogue with Gerry Adams, the Brooke–Mayhew talks, and the Forum for Peace and Reconciliation. In the weeks before the Agreement there was still a big gap between ourselves and the Unionists, and Sinn Féin were refusing to negotiate in respect of Strand One [the status of NI within the UK].

"In the final week it looked as if it was going to be lost over Strand 2 [North/South relations] because the UUP and Alliance went ape over ‘the Mitchell Paper’, which was actually written by the two governments and George Mitchell was very frustrated that he didn’t get to write it. So we had a very difficult couple of days, but the final 48 hours made a huge difference and we got it over the line. The Irish people, both North and South, then voted overwhelmingly in favour of the Agreement and I think it remains the high water mark of Irish democratic expression.”

Durkan points out that the EU had a powerful input to the achievement of peace in Northern Ireland. “Common membership of the EU was the context of a different British-Irish relationship,” he observes. “John Hume always predicted that Europe would create a different psychological backdrop, where the two nationalisms that were contesting the narrow ground of Northern Ireland would be able to relate differently to notions of territorial integrity and indefeasible sovereignty; these were being adjusted in the context of the pooled sovereignty the European experience was bringing.

'Bizarrely on some issues the DUP say Northern Ireland is unique and has to be treated differently, but on Brexit they want it to be treated the same as the rest of the UK. It is sheer folly'

"As different EU programmes developed, people began to accept various cross border arrangements and shared jurisdictions as the norm. Also, there was the experience of MEP’s from different sides working together on the common ground of EU funding, and that extended to MEPs from the whole island and also to the Irish Government, who were at times able to play an enabling role for the North’s interests within the EU, which weren’t always well represented by UK ministers. Through all that people learned that arguments over politics of identity are one thing, but there are also joint cases we can make around the politics of interest. Also, ‘The Delors Package’ funded local partnerships where people from different parties and sectors were able to be involved in shaping and delivering funding programmes and for many of them that became their first experience of actual working partnerships.”

Durkan was Minister of Finance in the Northern Ireland Executive and, in 2001, became SDLP leader. In 2005, he succeeded John Hume as MP for Foyle and held the seat until last year when it was taken by Sinn Féin. He has not yet revealed whether he intends to contest the seat again.

The contrasting fortunes of the SDLP and Sinn Fein could fill several pages but the present interview is more concerned with the pressing issue of Brexit. “The implications are huge for the economy, the environment, and the rights-based approach we were meant to have post-Good Friday Agreement,” Durkan notes. “I think many of the DUP went along with the Leave campaign not thinking it was going to win. Their Westminster MPs are all very much in the social set with the Eurosceptics, and when Arlene Foster became leader in 2016, she wasn’t going to deviate from the Leave message of the MPs, or the Paisley family, but I don’t think that fully reflected her own judgment, as someone who had experience of being economy minister and finance minister in the North.

"For a lot of the DUP now, the issue has just become a UK-wide decision and some of their MPs don’t care that they represent constituencies that voted to remain, they just think it’s a great wheeze to say it is a UK wide decision and has to be followed on those terms. Bizarrely on some issues they say NI is unique and has to be treated differently but on Brexit they want it to be treated the same as the rest of the UK. It is sheer folly.

"In some respects the DUP are being played by the Brexiteers in Westminster who are pressing their buttons. Cross-border co-operation after Brexit would be sensible but the DUP seem to be setting their faces against that. We just have to work through this and the Irish Government has played a very responsible role both before and since the referendum.” 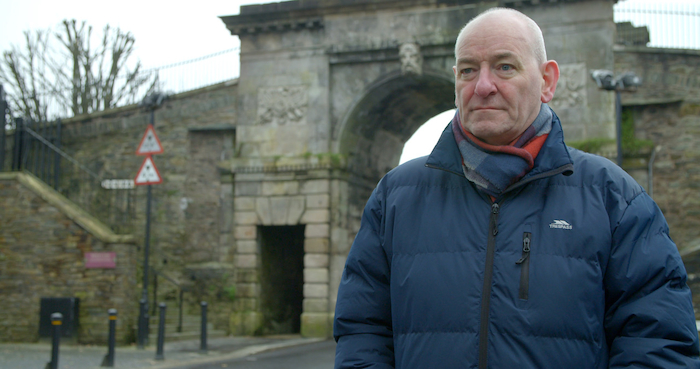 “Ireland has become front and centre in the Brexit debate and British politicians are having to get their heads around that,” Durkan continues. “David’s film, Postcards, rounds up a lot of different reasons to be worried about Brexit and expresses them in a lot of different accents. While it does bring out the nuances and the fundamental implications for Ireland, it sets those in a much wider context as well.”

To end on a more holiday humour, Durkan shares his passion for Galway and the west; “I first visited Galway as a child on a family holiday back in the 1960s. I remember we took a day trip out to the Aran Islands and I discovered at Dun Aengus that I didn’t have a head for heights,” he laughs. “We holiday in County Galway every year and we have a holiday home in Inishbofin. We’ve been going there for 20 years now. Galway is a delight to visit. In Derry where we have ambitions for ourselves for tourism and when we became the UK’s first City of Culture so many people in Derry would talk of the verve and colour of Galway as something we’d want to capture and emulate. We’ll be heading back to Inishbofin again at the end of this month; our daughter is 13 and she absolutely loves it.”

Postcards From the 48% will be screened at the Pálás, Screen One, on Sunday July 15 at 2pm. David Wilkinson and Mark Durkan will attend and there will be a Q&A following the screening. See www.galwayfilmfleadh.com