TWO ADVENTUROUS lemurs travel the skies in their wondrous airships. One night they meet by chance and forge a bond which sees them through a calamity and cements their friendship.

This is Two Balloons, a stop motion animated short film, to be shown in the Town Hall Theatre on Sunday July 15 at 10am as part of the Galway Film Fleadh. It is directed by Mark Smith, and was inspired by 'More Of A Composition', a piece of music of the Galway based, American composer, Peter Broderick, who has collaborated with Philip Glass, Efterklang, Yann Tiersen, and M Ward.

Originally the film was envisaged as a live action short, but when that could not be realised, Mark decided to create it as a stop-motion animation, despite having no prior experience in this form. "I was obsessive about preparation," he says, "because I had never produced a stop-motion project. Sometimes I saw pre-production as training for an endurance race I had never run before." 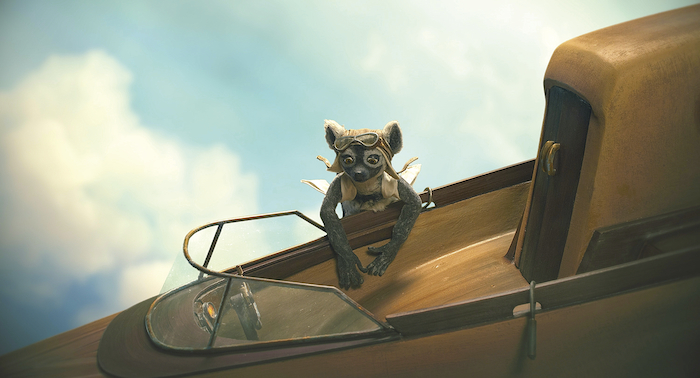 For the two-main characters, Mark took inspiration from Cyril Connolly’s The Unquiet Grave, where he writes about ring-tailed lemurs. Mark and his crew spent 16 months storyboarding and building a stage to encompass the sets of the half-scale lemur world.