OPENING THIS weekend at the Eye Cinema is Edie, scripted by Galway writer Elizabeth O'Halloran and starring Sheila Hancock. Set in Scotland, it features Hancock in the performance of her career, as Edie, a cantankerous mountain climber.

Following the death of her controlling husband, Edie attempts to fulfil a life-long dream she long thought impossible - to climb Suilven, a demanding mountain in the Scottish Highlands. At the age of 83, and against her daughter’s wishes, Edie heads to Scotland and employs Jonny (Kevin Guthrie - Dunkirk, Sunset Song ) to help her prepare for the gruelling climb, sparking an unusual friendship.

Elizabeth O'Halloran spent weeks living in the Scottish Highlands and also climbed Suilven to research the screenplay. “We hiked for about 12km through boggy terrain before we got to the base of the mountain," she said. "I was so unfit, by the time we reached Suilven and I looked up at this very steep surface, my legs were like jelly. I remember thinking, God, this film is madness – how is a film crew and more importantly, Sheila, who was 83, going to not only climb this mountain, but give an emotional performance on camera the whole time. But she did. And it’s really incredible.”

The film received its World Premiere at the 2017 Edinburgh International Film Festival, where it was nominated for the prestigious Michael Powell award. It won the International Narrative Film award at the 2018 Cleveland International film festival. 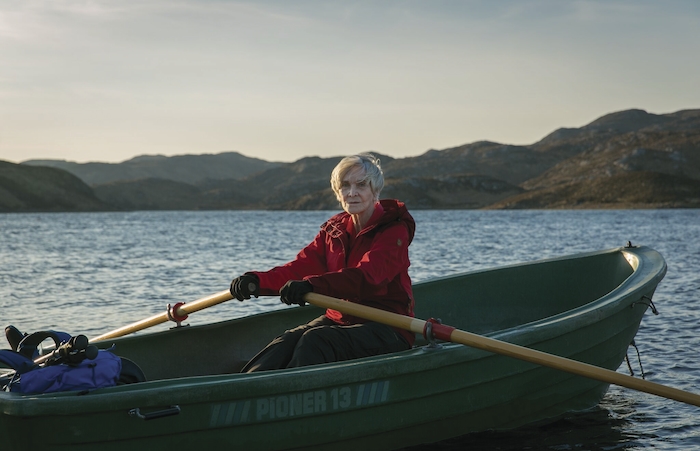 O’Halloran was first approached to write the screenplay in 2010, while living in London. “It was important to me that even though the film was set in such a beautiful part of the world, that it didn’t just romanticise rural life," she said. "We wanted it to feel real.” According to the film’s director, Simon Hunter, it was the screenplay that attracted Sheila Hancock to the role.

"Almost immediately after reading the script, Sheila called us and said she wanted to do it," says Hunter. "I think she fell in love with this authentic, cranky, larger-than-life character. It’s quite a simple story but full of humour and playfulness and there’s great interplay between the two main characters that I think was fun for both Kevin and Sheila to portray. This is a really special little story and we’re so happy that audiences really connect with this character, played so well by Sheila Hancock.”