THE BELLY Of The Whale, the debut film from director Morgan Bushe, and starring Michael Smiley, Pat Shortt, and Game of Thrones' Art Parkinson, will open this year’s Galway Film Fleadh.

After breaking free from his foster home, feral teenager Joey Moody returns to Laytown, a rural Irish town just over the horizon, in a bid to reclaim his family’s caravan park and salvage his friendship with his best mate and drinking partner, Lanks. Meanwhile, on a mission to find the money to pay for his sick wife’s medication, Ronald Tanner, risks his meagre lifesavings on a get-rich-quick scheme that ends in abject failure and humiliation when local big shot Gits Hegarty pushes Ronald over the edge and off the wagon. 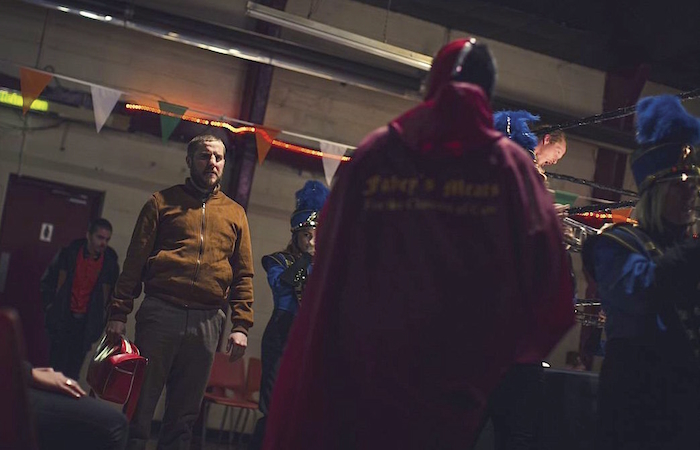 "It was always our hope to screen The Belly Of The Whale at the Galway Film Fleadh so we're delighted and honoured it's been selected to open the festival," said Morgan Bushe. "In the past I've shown all my shorts in the Town Hall so I know already how great the audiences are and I'm looking forward, along with our prodigious cast and crew, to now bringing my debut feature."

The Belly Of The Whale will be screened at screens at 7.30pm on Tuesday July 10 in the Town Hall Theatre, followed by a Q+A with cast and crew, and an opening night reception. Tickets are available via www.galwayfilmfleadh.com