ED SOLOMON, the scriptwriter of Men In Black and Charlie’s Angels, and who is working on the third Bill and Ted film, will give the Screenwriters Masterclass at this year's Galway Film Fleadh.

Solomon's class takes place on Friday July 13, while this year's director's masterclass will be given by Madeleine Olnek (Thursday July 12 ); and the actors masterclass is with Irish actor Andrew Scott on Saturday July 14.

Ed Solomon began his career in his teens as a joke writer, playwright, and stand-up comedian, and later became staff writer on ABC TV’s hit comedy show Laverne and Shirley, which made him the youngest member of the Writers’ Guild at the time. He has also scripted Now You See Me 1 and 2, and Mosaic, and is currently working on Bill and Ted Face the Music. 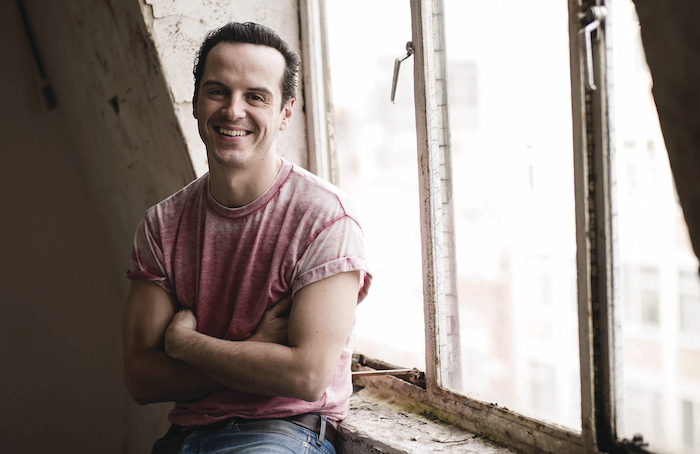 Andrew Scott [pictured], has starred in Denial, with Rachel Weisz and Timothy Spall; James Bond film Spectre; Alice Through The Looking Glass with Johnny Depp; Ken Loach’s Jimmy’s Hall; as well as his acclaimed role in hit British film Pride. He is best known as Moriarty in the international hit series, Sherlock, for which he won a BAFTA for Best Supporting Actor.

Madeleine Olnek’s films have been nominated at the SXSW, Sundance, and Seattle International Film Festival, among others. Her latest feature, Wild Nights With Emily, a comedy about the secret life of Emily Dickinson, will be screened on Wednesday July 11 as part of the Fleadh. Using Dickinson’s letters and poems, the film paints a much sunnier portrait of the poet than that of the reclusive spinster terrified of publication.

All classes run from 10am to 1pm. To apply email [email protected]. The closing date for applications is Friday June 29.