EMILY CULLEN is a poet, an academic, a harpist, and, in April, will preside over her first Cúirt International Festival of Literature as programme director. Cúirt has been a passion since her student days, and now in a position to run the festival, she has a vision for it that places 'diversity' at its core.

A journey through Emily’s CV reveals someone who has been steeped in the arts - both as a creative individual, and as an administrator - since her university years, making her well placed to oversee one of Galway city’s major cultural events.

Emily moved to Galway in the early 1990s to study at NUIG. After completing the master's in literature and publishing, she managed the Irish language theatre company, Amharclann de hÍde, before returning west to take up the post of NUIG arts officer in NUI Galway, which she held from 1999 to 2002. After a period living abroad, Emily worked for Conradh na Gaeilge, before becoming national programmer for the Patrick Kavanagh Centenary celebrations in 2004.

A keen harpist, she later competed a PhD on the Irish harp, examining its place in Irish music, literature, culture, identity, and politics; followed by stints teaching at NUIG, and working for the Royal Irish Academy; getting married, becoming a mother of two. Then, in April last year, she was appointed programme director of the Cúirt international Festival of Literature.

“It was a wonderful moment,” Emily tells me, about getting the news. “As soon as I came to Galway, and latched onto Cúirt, I just would go to as many of the events as I could - I’ve even kept all the Cúirt programmes from over the years! Now being programme director, I feel a huge sense of responsibility to build on its strengths, its long history, and the relationship between the festival and the city.” 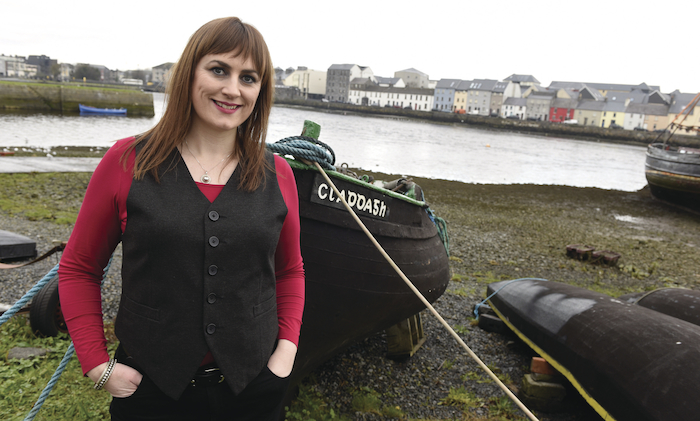 However the arts was not a passion that developed in university - it was all around her at home in her native County Leitrim, and something in which perhaps her mother played a significant role.

“There was alway an appreciation of literature at home,” Emily recalls. “We always had well stacked bookshelves. I seem to have been exceedingly excited by words from when I was young. I remember walking along the beach with Mum one day and she was talking about the William Wordsworth poem, ‘Tintern Abbey’, and she was saying how, after a long day, Wordsworth would like to take some time out to think and rest, and she quoted the line, ‘emotion recalled in tranquillity’ - that struck me, it had a huge impact. It showed me the redemption words can offer, that solitude in literature can give you an outlet and offer possibilities to explore emotion. That’s what Mum was imparting to me.”

Those passions would eventually lead Emily to author two collections of poetry - No Vague Utopia (2003 ) and Inbetween Angels and Animals (20113 ) - both published by Arlen House. A third collection is “in the works”. So why poetry, above any other written form? “Poetry gives outlet for inquiry, meditation, reflection, and interrogation,” she says. “It holds our attention and lets us question things on a profound level, while also celebrating the beauty and possibility of words and images. It’s also a distilled form, it focuses your thoughts. It also means, when writing it, you have to be an arbiter in your choice of words. I love the discipline of that.” 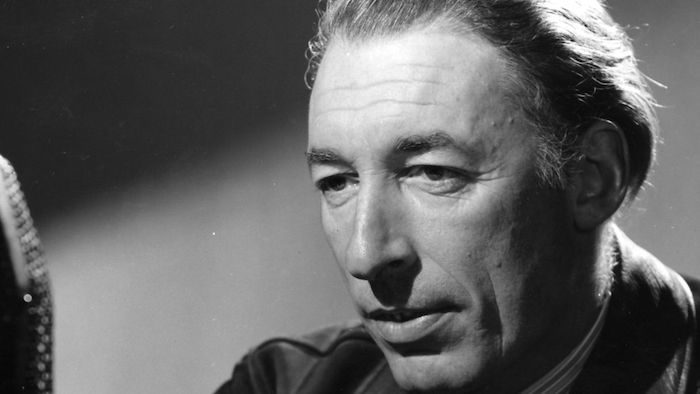 In that regards, Emily cites the poet Louis MacNeice [pictured above] - Belfast born, but with County Galway roots - as a major inspiration. “I like how he can contain a dense amount of thought into concise language, and deliver something new and fresh - and the way he skilfully uses rhyme. Same with Emily Dickinson, for compactness as well. But, I also like the rambling form as well - Walt Whitman and Allan Ginsberg, sometime you need that too.”

Cúirt was founded in 1985 by the poet and author Fred Johnston as a festival exclusively dedicated to poetry. Over the years it expanded to encompass fiction, non-fiction, performance and slam poetry, and music. Given Emily is a poet, might Cúirt 2018 be more focussed on poets, than other kinds of writers? “I feel very equipped to programme the poetry side of the festival, but I’m not going to privilege poetry over other genres,” she says. “I’m not going to shut out other voices.”

Cúirt’s previous director, Dani Gill, created strong, successful, programmes during her tenure from 2010 to 2016, and Emily is keen to ensure remains a success, and also to bring her own individual vision and stamp to the event - with 'diversity' being a key theme in her objectives.

“I place great importance on global perspectives, so the line-up has to be local, national, and international,” she says. “As a Gaeilgeoir, I want to expand the foreign language element in the programme, push past the Anglophone boundaries, hear more from different cultural voices, different world views, from authors whose first language is not English. This year we have the Catalan novelist Eduard Marquez coming to Cúirt, which I’m excited about. We also need to celebrate local writers and recognise the wealth of our own culture. Liam O’Flaherty is very underrated. Máirtín Ó Cadhain, who was from Connemara, has been compared to Kafka - these are writers we should explore further.” 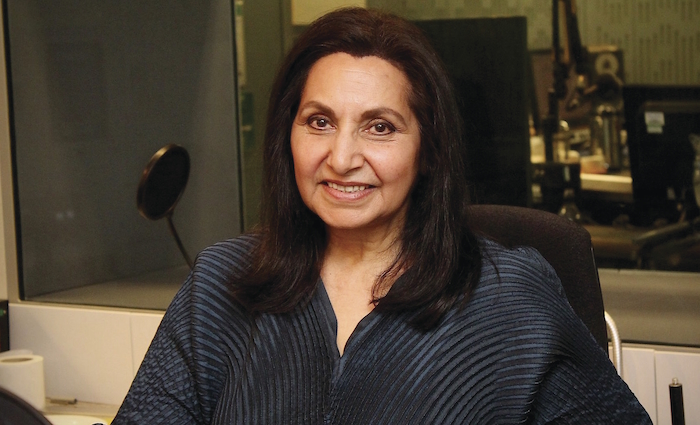 The line-up so far is close to a 50/50 breakdown between male and female. Indeed, given the #MeToo movement, Waking The Feminists, the resurgence of feminism itself, and the age of Trump, there is a focus, as never before, on how women are represented, and ensuring there are spaces for women's diverse voices to be heard and heeded, within major cultural events and festivals.

“Gender balance is something that is glaringly obvious, or should be,” says Emily. “I was shocked when the Cambridge Companion To Irish Poetry came out and there were only four women poets included! In programming Cúirt I need to be mindful of a balanced representation of men and women, but it would be facile to assume it's as straightforward as evening out gender numbers. That would be mere tokenism and would undermine the ultimate value of the programme. It's the quality of the work that carries greater value. Diversity, to me, is not just about gender and ethnicity, but also diversity of perspectives, genres, and aesthetics.”

Emily is also interested in Cúirt playing a role in challenging just what we think literature is. “Our notions of what is literature have changed throughout the decades,” she says. “In the early 20th century, the Russian Formalists said it was about ‘defamiliarising the familiar’, about seeing things through new eyes. Then the New Critics came along and started talking about the ‘intention of the author’. Then they got rid of that and started talking about a book or a poem as an entity independent of the author. 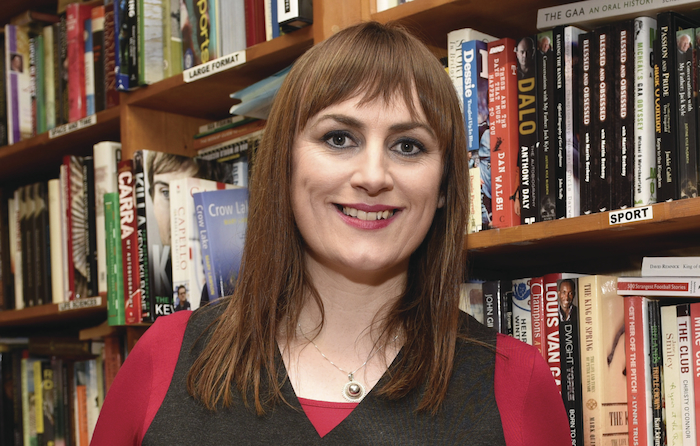 "Then there is the ‘canon of literature’ and what has been accepted as part of that, but we now know much has also been excluded on the grounds of gender, class, ethnicity, and privilege. It was great to see recently that one of the Booker Prize judges broke with the others, saying the prize should not debar thrillers. We have to put our biases under the microscope, and avoid elitism. We need to keep literary values, and that’s about supporting and acknowledging great writing - in whatever genre it appears.”