More than 100 arts professionals from 15 European countries will arrive in Galway this coming February for Wide Eyes, a four day festival of theatre and dance shows for babies and young children.

Hosted by the Baboró International Arts Festival for Children, Wide Eyes runs from February 1 to 4 and is aimed at children and babies aged up to six. It will involve 140 arts professionals from 17 organisations and 15 countries. As part of the festival, Baboró and Branar Téatar do Pháistí, will present a non-verbal show for children aged three to six called uoo, mee, weee! Directed by Lali Morris and Branar’s Marc Mac Lochlainn. There will be performances for schools, crèches, and families, as well as professional development workshops and industry symposia.

The concept for Wide Eyes was developed by project leader, Roberto Frabetti of La Baracca - Testoni Ragazzi in Italy, and is rooted in the belief that children are "never too young to quite literally have their eyes opened wide in amazement" while they experience the performing arts. 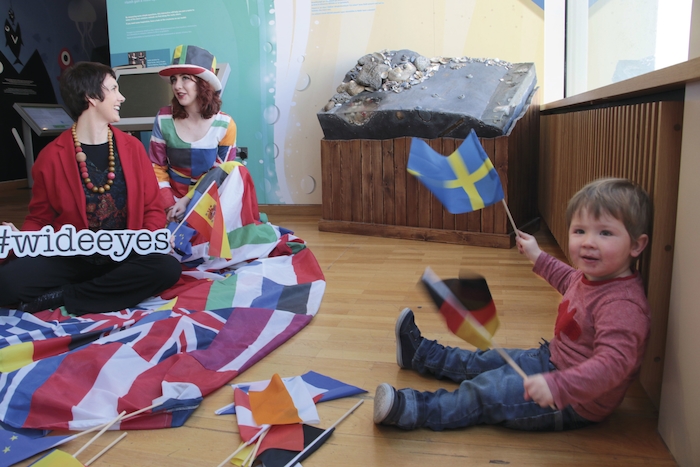 "For Baboró to host Wide Eyes in Galway is a real honour," said Aislinn ÓhEocha, Baboró’s executive artistic director. "We’re looking forward to welcoming our European counterparts to Galway this February, and to sharing their work with babies, children, and families over four jam-packed days. We’re also excited to present our first ever production for children, together with our co-producing partners, Branar Téatar do Pháistí.”

Hannah Kiely, chief executive of Galway 2020 said Galway 2020 is "delighted to be supporting Baboró’s Wide Eyes". She welcomed "the focus this project has brought to arts for very young audiences".

A study undertaken by the ESRI and the Arts Council in 2016, showed increased exposure to the arts boosted children’s confidence, their socio-emotional well-being, and academic skills. It also showed that children who participate in artistic and cultural activities cope better with schoolwork and have more positive attitudes towards school later on than those who are less engaged.

More information on the festival is available at www.wideeyesgalway.ie