A COMPANY called THEY run an online programme, streaming six nights a week. Subscribers gain access to Yule, Catherine, Billy, and Una, people their own age, who act out their intense, personal, miseries, so that, by comparison, the subscribers (known as ‘clickers’ ) will feel better about their own lives.

Part science fiction, part black comedy, this is Jarlath Tivnan’s exciting new play, You Could Be Us, which explores themes of depression and anxiety among the young, and the personal pressures generated by social media. It will be staged in the Town Hall Theatre by Galway's Fregoli Theatre Company, which is also celebrating its 10th year of theatre-making.

You Could Be Us follows Tivnan’s superb debut, The Pleasure Ground, which was a big hit with critics and audiences alike. It re-unites the same creative team as that production with Maria Tivnan directing a cast of Jarlath Tivnan, Kate Murray, Eilish McCarthy, and Peter Shine, and featuring original music by singer-songwriter Tracey Bruen. 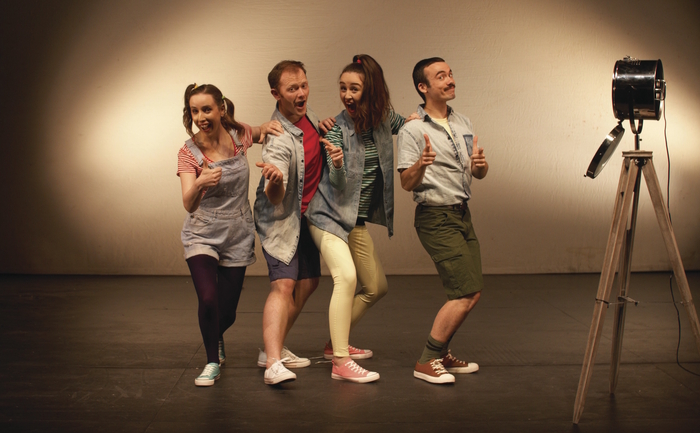 After rehearsal last Saturday, Jarlath Tivnan met me to talk about the play but I began by asking his thoughts on Fregoli reaching the milestone of 10 years in the business. “I wasn’t even around for all the 10 years," he admits. "It’s Maria’s child along with Tracy Bruen, Rob McFeely, and Shane McDermott who were the founders. I was still in secondary school when they formed the company in 2007; I came to NUIG in 2008 and my first Fregoli show was Breathing Water in 2010.

"They have been doing amazing work on shoestring budgets for so long and they are so dedicated. In more recent years there has been more emphasis put on original writing and it’s great we have people interested in doing that. Fruition was an example of that as was Pleasure Ground and Maria has written several pieces. This new show is one of our most ambitious projects yet; we are shooting for the stars with this one. It’s hard work but it is exciting. Fregoli was officially 10 years old in July and we had a little party for that where we read a couple of the scenes from You Could Be Us and they went down nicely.”

'Fregoli is Maria Tivnan’s child along with Tracy Bruen, Rob McFeely, and Shane McDermott who were the founders'

Pleasure Ground was perhaps Fregoli’s most successful show to date. “It was absolutely terrifying the first time we did Pleasure Ground," says Tivnan. "You hear about Broadway shows where they have three weeks of previews and can stop the show if it goes wrong but when we did it in August 2015 we had an opening night and a closing night, just the two nights, so you either get it right or you don’t. It was the first play I had ever written so I was blissfully ignorant. 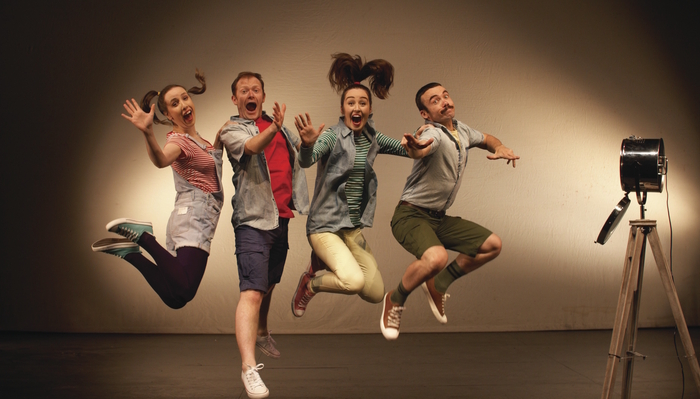 "The weight of it actually came after we performed it when I suddenly thought ‘Holy crap what if that had gone really badly! I wouldn’t even have been able to get away as an actor by blaming the writer and saying it’s not my fault.' I know the other actors were so nervous as well because it was an original script and there was no way of knowing how the audience would react – you might think a line is funny in rehearsal but then it doesn’t get a laugh when you do it before an audience. But the play got great reactions and seemed to strike a chord.”

Tivnan expands on the themes and content of You Could Be Us; “The basic idea was to look at the pressures my generation have online these days; the pressure of having to portray a particular version of yourself online that says ‘I’m interesting, I’m dynamic, I’m having a good time’. There is a constant pressure to be seen to be winning at life and that’s an engineered version of yourself you wish people to see - but I always wonder what’s going on behind people’s photo albums.

"It’s OK to say sometimes ‘I didn’t have a good day, I didn’t achieve much’ but you can’t do that online, you have to be constantly happy. So the starting idea was reality versus online portrayal of life. We decided to flip that on its head so instead of people wanting to seem happy online the characters in the play have to maintain their misery, and their misery has to be constantly interesting and constantly changing so as to make everyone who is watching them feel better about their own lives. The premises is these are actors who, six nights a week, have to perform the crappiest parts of their lives to make everyone who watches feel better about their own bad days and problems.” 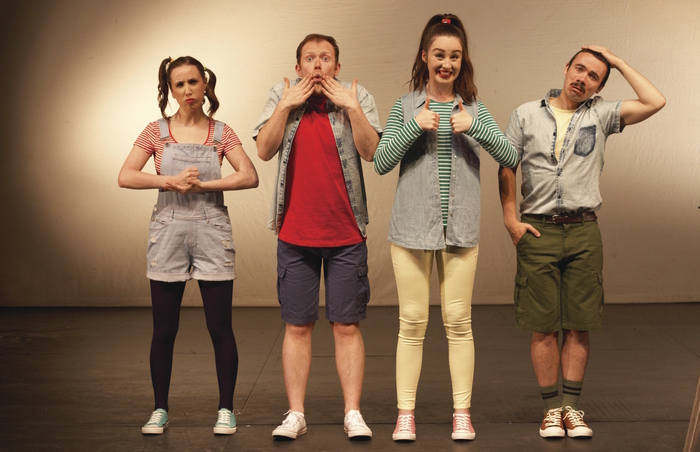 “Then there is another layer on top of that,” Tivnan continues. “The actors have been doing these parts, or ‘totes emoti’ tales as they call them, for quite some time and they feel as if they have to them into more of a performance. So my character sings his misery, he has made three full blown songs, another person is all about rapid character changes and alliteration, another one raps her misery, so they have gone so far beyond their original emotional core that they’re no longer really helping the people watching them. In the second act they try to find their original emotions again, so we find out who they are when they are not singing or rapping or alliterating. It’s futuristic in one sense but it’s not that far away from where we are going.”

Imaginative, funny and thought-provoking, You Could Be Us is set fair to add to Fregoli’s burgeoning reputation. It’s at the Town Hall for three nights only, from Monday September 11 to Wednesday 13 at 8pm nightly. Tickets are €18/15 via the Town Hall (091 - 569777 ).