If there is a protest, a march, a meeting, or some kind of political event going on in Galway city, you can be sure to see him there. Wherever there is a progressive or protest body, group, or organisation, he has probably helped found it, is an active member, or at the very least plays a role in supporting it.

Renmore native Joe Loughnane lives, sleeps, eats, and breaths anti-racism, minority rights, human rights, and activism. It is a stance, not born of any desire for a ‘whiff of sulphur’, a knee-jerk ‘agin the government’ reaction - it comes from deep within his own life experiences, and lessons learned from growing up in Galway as a man of colour and the child of a mixed race marriage, at a time when that was a very rare combination indeed. For Joe, this is more than just ideological, it is also personal and passionate.

“I’m 30 but I feel older as I’ve been involved in activism since I was 18/19,” Joe tells me as we sit for the interview on a Tuesday afternoon. “Activism has shaped me.”

The truth is though, Joe’s activism began much earlier, in his childhood in fact, as a way of asserting himself in school as a minority child and a target for bullies. Joe’s dad is from County Galway while his mum is from Pakistan. They met in Birmingham before settling in Galway city in the 1980s. In the Ireland of than time, a mixed race family was highly unusual.

“We were the only kids of colour in our school,” says Joe, “apart from one other family, the Ansaris, who also lived in Renmore, so it did feel a little odd. There was also a lot of racism, it came from kids who’d heard this kind of stuff from their parents. It did get bad, and, at the time, the teachers didn’t have the experience in dealing with racism they do now, and understanding about different kids of different colours.” 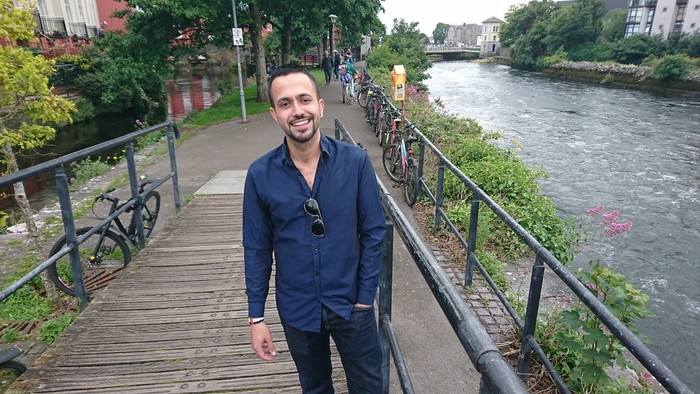 How did Joe react to such bullying? “I embraced it,” he says. “It emboldened me as I was growing up. It wasn’t until secondary school that it got really bad - you know how teenage boys are - and by then, the late 1990s, early noughties, we were staring to see African and Polish kinds in our schools. But it did get nasty. I remember we were reading Mark Twain’s Tom Sawyer in class and the N word is used liberally throughout. The teacher would get pupils to read it out, but when it came to the N words the lads kept using ‘Joe’, ‘Joe’, but I went and made a speech as to why the N word was wrong and why it shouldn’t be used.

“From an early age I saw kids being cowed down and accepting what the bullies meted out to them, but I fought back, I shouted back. If I thought something was wrong I called it out. I was also determined to prove them all wrong and be the best at everything. I wanted to become the best in my class academically, and I did, I did my best to learn Irish, I played sports. I embraced my different colour, and I could tell my little brother how to deal with it all when he was coming up behind me in school.”

Although he was baptised, and for a while embraced Islam, Joe is not a religious man. However, his Muslim heritage is important to him, forming more of a cultural identity than a spiritual one. Yet the 9/11 attacks in 2001 and the rise of ISIS in more recent years, made Joe very aware of his background, and of the need to challenge prejudiced and ill-informed views about Islam and Muslims. 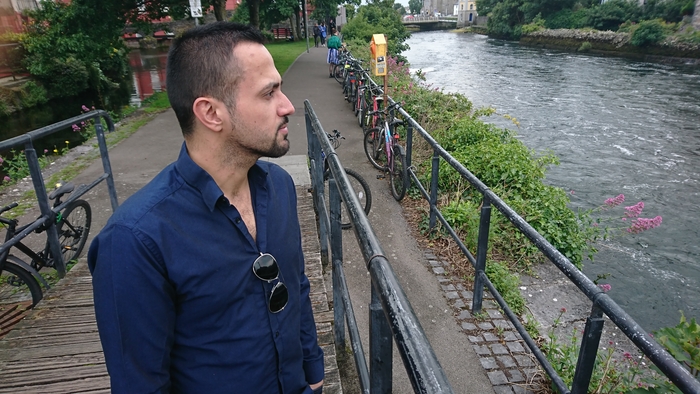 “The September 11 attacks happened on the very day of my 15 birthday,” Joe says. “Imagine walking into school that day? It was very difficult. I remember when the Iraq War started, I was with the lads at the sports lockers, giving a speech about what was going on. I would argue with my schoolmates about Western intervention, how that impacts on the Middle East, and the consequences it can unleash.”

And very recently Joe, and Galway, saw the ugly face of racism in action, when the Ahmadiyya Muslim Community’s Maryam Mosque in Ballybrit was vandalised by a couple of youths who threw stones through its windows while people were at prayer. As chair of the Galway Anti-Racism Network, Joe was involved in organising an event which took place at the mosque the very next night, when some 100 people from the local community and across the city, joined with the Ahmadiyya in a sign of solidarity, friendship, and opposition to racism and Islamophobia.

“This is something happening in the UK and in France, and now it has happened in Galway,” says Joe. “My first reaction was, ‘Why the Ahmadiyya community?' Many Sunni and Shi’a don’t regard them as Muslims, and they are a community which suffers persecution. With the Galway Anti-Racism Network we felt we had to respond instantly, and to let the community know the people of Galway were with them, and not just in a symbolic way, and that’s what they did. It was great to see the people from around Ballybrit coming out, and people from the Traveller community, and others as well. You have to be pro-active and be ready to build solidarity. People should go the mosque in Ballybrit and engage with the Ahmadiyya.”

The attack serves notice that while Galway has a reputation as a welcoming and friendly city, vigilance is key to ensuring it maintains that reputation. “The thing about the mosque attack is, it did happen," says Joe. "It is a warning that, no matter how much we are a city of culture, things like this can happen. Although it was a sporadic incident, we still need to be proactive and to build relationships with minority communities. We shouldn’t speak of them, but stand with them, and help them speak for themselves.”

As well as being the chair and co-founder of GARN, Joe is also the trade union liaison officer of the Galway-Palestine Solidarity Campaign, a member of Galway Pro-Choice; a future election candidate for People Before Profit; and also works with housing and anti-water charges organisations. “Any progressive group in Galway really,” laughs Joe, thinking about his wide ranging involvement. However GARN is his chief interest. 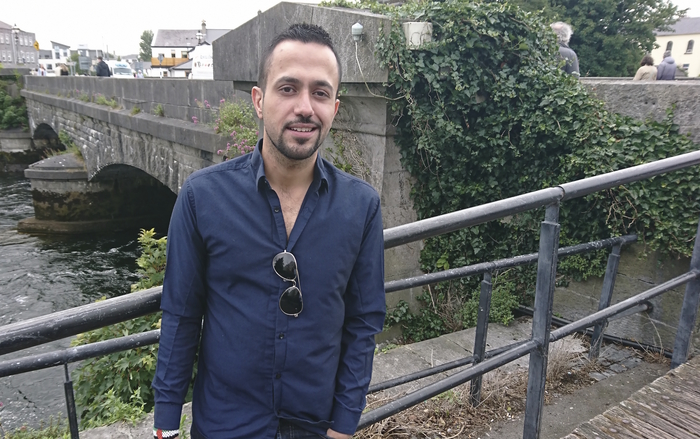 “It’s like a second job for me and one I don’t mind not getting paid for,” he says. “It’s been great to see GARN embraced by the Galway Traveller Movement, Galway 2020, and asylum seekers in Galway, as these are groups, peoples, and projects we really support and believe in, and we felt a group like GARN was needed in Galway.”

Joe is not just politics and activism though. He is a keen supporter of Chelsea FC; has a taste for funk, soul, and ska; and is a die-hard supporter of Galway United ("One of the great passions in my life is Galway United," he says ), regularly going to the games in Eamonn Deacy Park on a Friday night. He is also part of a generation of young men who have no difficulty in calling themselves feminists.

“I am a feminist,” says Joe, “but I have to be aware that I am a heterosexual male. That brings certain privileges and it also forces me to look at sexist traits in my own behaviour. I see female friends having to deal with sexism every day, so for me, it’s about engaging with other guys on these issues. Guys need to be aware of sexist behaviour, we need to acknowledge it and we need to work on it."