Galway’s arts scene has long thrived on the input of countless cultured ‘blow-ins’ who landed here from near and far, and then enriched us all with their creative endeavours. New Yorker John Farrell, who has just relocated to Galway, is well equipped to carry on that honoured tradition and indeed he is relishing the prospect of doing so.

Arts-wise, Farrell is a man of many parts. His CV includes stints as theatre actor, director, producer and teacher in New York and Dublin, artistic director of Waterford’s Garter Lane Arts Centre, and a seasoned TV and radio broadcaster – notably as a regular side-kick of Gerry Ryan. His first input to Galway’s arts scene will be two 10-week courses commencing this weekend at Galway Arts Centre, one on the practical skills of stage directing and the other a monologue class for aspiring actors.

I met up with Farrell, who proves loquacious and convivial company, to talk about his life and times and what he’s hoping to do here in Galway. We began with Farrell's discovery, a few years ago, that is his beginnings were different to what he had believed.

“I was raised in Brooklyn but I only found out about five years ago that I had been born in Ireland, after my adoptive mother passed away," he tells me. "I was adopted when I was three and a half, I had been in the care of the Sisters of Mercy who had an orphanage in Brooklyn so I think now I must have been smuggled into Brooklyn and was subsequently adopted there. When my mother died I found all these letters between her and the nuns; my mother was determined to adopt an authentic Irish Catholic baby!”

I ask if Farrell ever attempted to find his birth parents. “I tried when I was younger but it proved a futile exercise. Somewhere along the way I had acclimatised myself to not looking backwards and focusing on the future. I found freedom in feeling myself a free agent. Sometimes I do still wonder whether I have siblings or cousins but it doesn’t torment me. I remember at the orphanage the nuns made us feel guilty and shamed, but I did like it there because there were so many other kids my age, whereas I was the only child in my adoptive family.

"Being an orphan made it easier for me to think about performing and taking on another identity. That’s part of being a performer and coming from an orphanage I felt my own identity was fluid, unfixed. That said, when I discovered I had been born here it all made sense; I thought ‘that’s why I feel so at home here’. I came to Ireland for six months and stayed 20 years. I had grown up in working class Irish Catholic Brooklyn which is not that far removed from what it’s like here.” 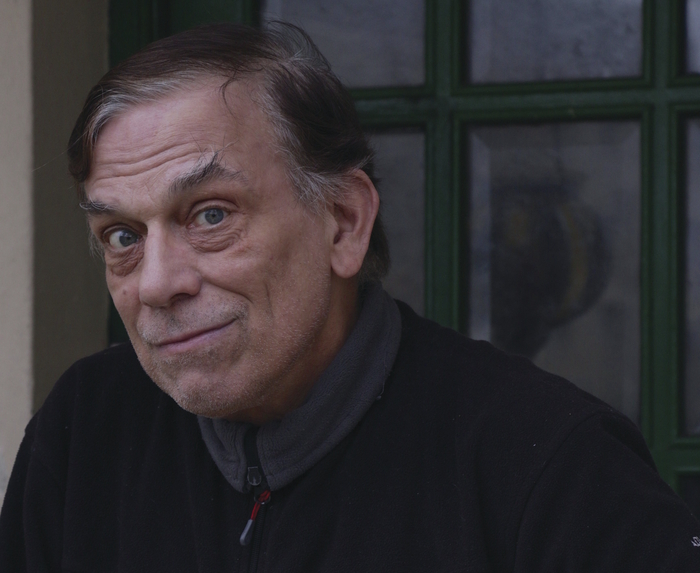 Farrell was still unaware of his Irish origins when he first came here, in 1981, with the eminent Irish-American actress Geraldine Fitzgerald; “She was a mentor to me, I’d known her since I was 12/13,” he relates. “She had a theatre company in New York called the Everyman Company which I joined in the summer of 1968. It had a diverse group of young people from all over the five boroughs and from all backgrounds of class, race, etc. It really changed my life and Geraldine was a great influence; she and I became very close and that remained until she passed away.

"She came to Dublin to do Mass Appeal for Noel Pearson prior to taking it to Broadway. The show was a comedy with Niall Tobin and Barry Lynch as two priests. I was basically the tea-boy. On the opening night, at the Olympia, 10 minutes into the show there was an ESB power cut. Fortunately the bars had a lot of candles so everyone flocked there. A short time later power was restored and the play recommenced; of course by this time everyone was feeling very jolly and they laughed uproariously at even the weakest jokes and the show was a huge success.”

As a teenager in late sixties New York, while his peers were smoking pot and listening to Jimi Hendrix, Farrell was busy sneaking into Broadway shows via the theatre fire escapes. He later obtained a full scholarship to Columbia University where he majored in Theatre and Religious Studies. “At one stage in my life I envisaged becoming a cleric because I was fascinated - and still am - with the ‘mysterium tremendum’ of the Catholic Church,” he reveals.

His theatre education in these years also included workshops with the legendary director Peter Brook and auditing classes at equally famed The Actors Studio. After moving to Ireland in the 1980s he became very active in Dublin’s theatre world.

“Geraldine Fitzgerald’s niece Susan Fitzgerald was married to Michael Colgan who was running the Dublin Theatre Festival, so I got a job there overseeing the first Fringe, which was the umbrella of the main festival," he says. "From there I became education officer at the Project Arts Centre, and then one of the founder teachers at the Gaiety School of Acting. I also started my own company Horizon, we used to do free Shakespeare shows in Stephen's Green and we got a couple of awards for those productions.” 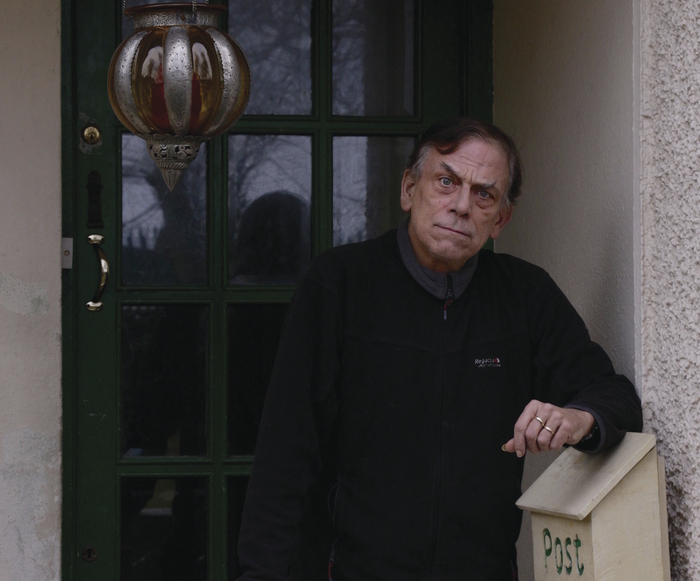 Farrell also enjoyed a long and lively association with Gerry Ryan, being a regular guest on his radio show for 19 years, from 1991 until Ryan’s untimely death. He shares his memories of the man.

“I’d been writing for In Dublin and Gerry’s producer asked me onto the show. Gerry and I struck up a good rapport and it became a regular slot. I think he liked the fact that I was an American rather than another Dub, but I also had an evil sense of humour which he had as well. I also had the ability to just talk which on radio is a good thing; there were times Gerry would take a break, he’d go to the bathroom or whatever knowing I could keep yakking away as if he was still there.

"I became very friendly with him and his wife Morah who I adored. After I went back to America I began to lose touch with what was going on in his life, I was very sad when I heard he and Morah had broken up. I think in a way the job killed Gerry. If RTÉ think you’re good at one thing, they expect you to be good at everything, and do lots of different things, and it can be exhausting.

"Gerry felt he had the energy but at some point he started ‘self-medicating’ to give himself the energy, which led to the collapse of his health and the heart attack. I think RTE pushed him too hard and he didn’t have the sense to say ‘enough’. I was very sad when he passed; he had a great rapport with people, he was very easy to get along with. I did just over 600 appearances on his show.”

And now Farrell finds himself in Galway. What prompted his move here and what plans might he be cooking up? “Galway is the future and I like living in the future,” he asserts. “I’ve always enjoyed the times I’ve spent here and the first time I felt I had an opportunity to try and become part of the artistic community here I just went for it. It’s a dynamic place and so much exciting art is generated here and I like being in a place where all that is valued.

"I’m doing the classes in the arts centre to begin with but longer term I’d like to set up a theatre company, maybe with a community or semi-professional aspect. I’d like to develop projects that reflect the city’s diversity; it’s a city that has Irish speakers, Poles, Nigerians, there are all these different communities and it would be great to bring everyone together especially in the run-up to 2020 and the City of Culture.”

Galway can look forward to benefitting from the presence and input of its latest immigrant, John Farrell; citizen of culture. Details of his classes at Galway Arts Centre can be found at www.galwayartscentre.ie or 091 - 565886.