Last weekend, newspapers carried headlines about a 14-year-old Afghan boy, Raheemullah Oryakhel. He was killed in a hit and run after being tossed from a lorry in Calais which he had been trying to board in an attempt to get to Britain. The boy had family in the UK, and was entitled to move there, but he had despaired of the endless bureaucratic delays with his application, delays which, he felt, seemed deliberate.

The previous weekend there was widespread media coverage of a large demonstration by French farmers and truckers demanding the Calais refugee camp be dismantled. Truckers protested that migrants were using tree branches as road blocks to stop their trucks’ progress, and, once the trucks slowed, migrants then tried to sneak on board as the truck readied to cross the English Channel.

These incidents are just two recent examples of how the issues surrounding the the so-called ‘Calais Jungle’ migrant camp continue to make headlines, cause political headaches, and prompt much debate and antagonism both locally and beyond. The debate is set to go on for some time yet.

This summer, young Galwayman Liam Cunningham spent several weeks working as a volunteer at the ‘jungle’. Upon returning to Galway he organised a fund-raising table quiz at the Mechanics Institute, which raised more than €1,000. Cunningham has now commenced doing an MA in International Relations at Goldsmiths University in London, but a few days before his departure he sat down with me to share his impressions and experiences of his time in Calais. 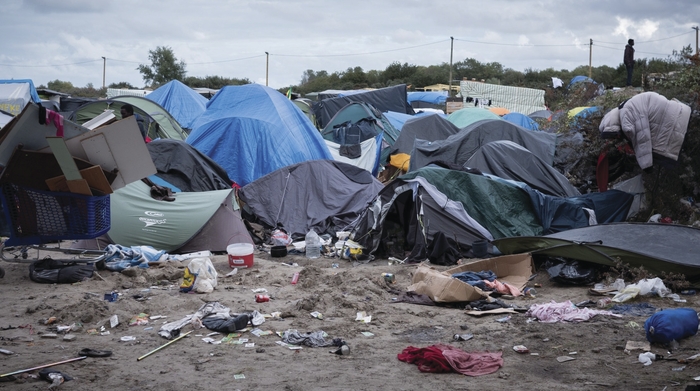 Liam’s stint in ‘the jungle’ came at the end of a summer spent in France; “I’d heard and read a lot about it, so I decided to go and help out for about a month,” he explains. “Before I got there I was kind of nervous about what it was going to be like, but everyone put me at my ease; a lot of the volunteers had already been there for a good while and told me about the situation. I was working in one of the charity warehouses for a few days and then I went into ‘the jungle’. It was a bit crazy seeing it for the first time. It looked like a landfill except with lots of tents and people.

“I was working with Calais Kitchens,” Cunningham continues. “We distributed food that could be cooked such as vegetables, and tinned beans so that people could have a bit more control over their day to day diet. For a lot of things they’d be having to queue for a long time, and people who were infirm or elderly couldn’t really do that, so Calais Kitchen distributed rather than have queues and they made sure that everyone got food.”

I enquire about the nationalities that make up 'the jungle' population. “The two largest groups currently are from Afghanistan and Sudan who each account for some 35 per cent of the overall population,” Cunningham tells me. “The others are a mix from Iran, Iraq, Syria, and other places. There were over 6,000 people when I was there but now it is over 9,000 and the population is expected to be above 10,000 when they next do a census.

"There are more people coming all the time so the charities that work there are stretched to capacity and beyond. A few months before I went there they abolished the lower half of the camp and everyone had to move to the northern half, which doubled the population density so that didn’t really solve anything just make it look smaller to passers-by.”

It comes as no surprise that life in the camp can be stressful. “People have no certainty about their future, how long they will be in Calais for – some of them have been living there for a year,” Cunningham notes. “You have a lot of people in a tight space and people from lots of different places are forced to live alongside each other so it can be tense at times. But even though they have all been through so much, most people are still very friendly and warm. They play games with each other and share food. I was really impressed by the resilience of people and how they get by. Everyone I met was really nice to me.” 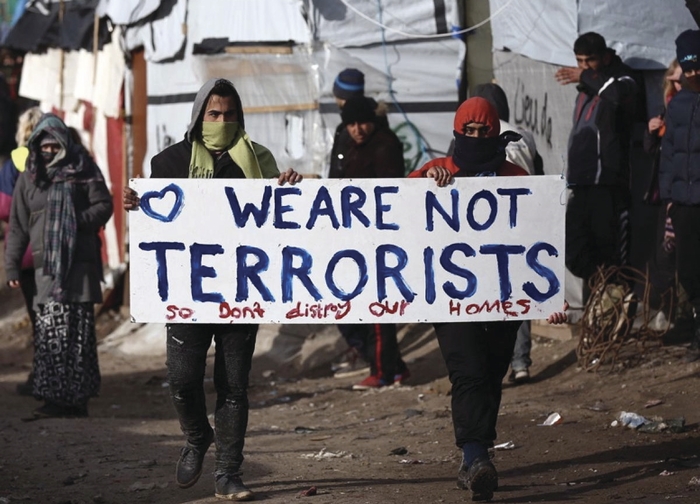 Liam describes some of the camp’s facilities, such as they are; “There are Porta-loos which are not very pleasant, even less so than usual. Someone described it to me as being like where you have 5,000 people at a music festival and it’s the last day and there’s no actual music but it’s all been going on for a year. Aside from those, the French government put up shower units and there are always long queues for those. They also put up structures like shipping containers that people could actually live in, though some people were wary of taking them because they thought they had to surrender their identity papers to get one. A lot of the migrants want to go to the UK and if they gave up their papers they wouldn’t be able to go.”

Do the camp-dwellers have elected spokespeople to lobby on their behalf? “The different nationalities do have someone to represent them,” Liam states. “They have meetings among each other and also with the charities operating in the camps to work through issues. But because it is such a transient population some migrants don’t even know who is representing them. I don’t know if they were elected or just chose themselves to be spokespeople. I don’t know how well it works overall but it was good to see that there was co-operation between different groups even though sometimes there would be tension.”

Alongside those people willing to welcome and assist immigrants and refugees to the EU, there have been others opposed to their arrival. What did Cunningham see of this dynamic at Calais? “When I was there I didn’t encounter hostility toward the migrants from anyone but I can understand how some people in Calais are not that happy with this refugee camp on their doorstep,” he replies. 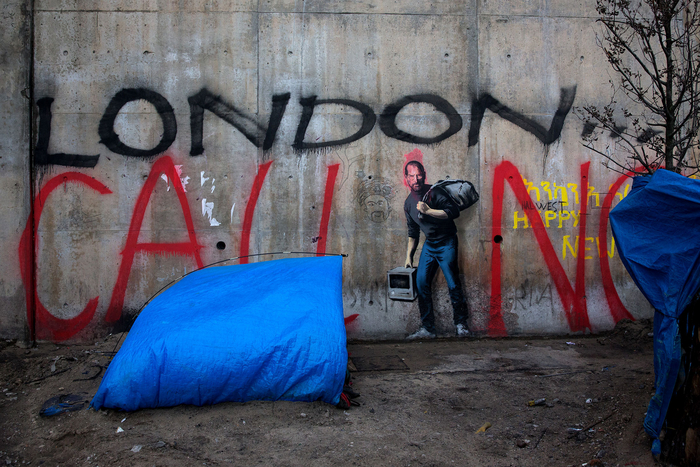 “I think some people are anti-refugee but most are just anti-camp. It’s the same with the truck drivers, they get migrants trying to sneak onto the trucks and that causes problems for them. It’s more the fault of the government that this situation has gone on so long and there is no movement toward a solution. Except for disbanding the camp residents and not even disbanding them anywhere specific, just ‘away from here’. I can understand people who are unhappy with the situation but I don’t know where the protest is going.

“Just meeting people changes your view of them. Previously you think of them as ‘refugees’ and read in the media how some of them could be terrorists, but when you meet them you see they are just the same as everybody else. What they have suffered could happen to anyone. They’ve had to travel great differences and leave their homes and families to get here and it’s important we be sympathetic to them.”

“I worked with Calais Kitchens,” Cunningham declares. “Other good charities are Help Refugees and Care for Calais. After my experience I’d definitely donate or go and volunteer, it’s not hard to organise. I’d recommend it.”