BALLET IRELAND brings the perfect flavour of Christmas to the Town Hall Theatre with its touring production of The Nutcracker on Tuesday November 29 and Wednesday 30 at 8pm. This timeless classic, with beautiful costumes and Tchaikovsky’s beloved and sumptuous score, takes audiences on a wondrous adventure of full of the quintessential Christmas magic.

It is Christmas Eve. A marvellous party is taking place where the mysterious Uncle Drosselmeyer brings gifts for all the children. When midnight strikes, very strange things start to happen. The Christmas tree grows to incredible heights and Clara’s magical Christmas gift, her Nutcracker, leads them into a fairy-tale world. With her heroic nutcracker at her side, Clara defeats the Mouse King and his army, and they journey to the Land of Snow and the Kingdom of Sweets together.

One of the starring dancers in the show is debutant Dubliner Cian Hughes and this is his first season with Ballet Ireland. He started ballet at 16 when he became a student at the College of Dance in Dublin, as well as the Irish National Youth Ballet Company. He then went to further his training at Central School of Ballet in London graduating with a BA Hons degree in professional dance. During his time at Central he performed with Crystal Pite and the Kidd Pivot Company in Polaris at Sadler’s Wells Theatre. In his final year at Central he performed across the UK with Ballet Central working with choreographers such as Christopher Marney and Sharon Watson. 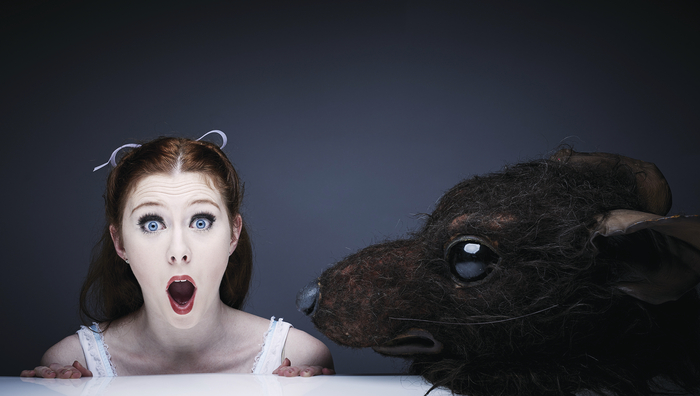 When Cian takes time out from his schedule to chat with me I ask him about starting in ballet in his teens, when most ballet professionals begin as young as four or five;“I always danced from a young age and just knew I wanted to be a dancer.” he tells me. “When I auditioned for the College of Dance in Kimmage at 16 is when I started ballet. I didn’t realise before that I wanted to be a ballet dancer but once I started training I knew that is what I needed to do and pursued it.”

Cian admits going to the competitive Central School of Ballet in London was a challenge where his classmates had been doing ballet far longer than he had. “It was difficult to catch up but I am quite a determined person so I was pushing myself to be at the same level as everyone else," he says. "When I moved to London I was surrounded by international dancers who were younger than me and had been doing full time training since they were 10 and I had only done a year or two before that so I had a lot to catch up on but that made we want it more and I just kept pushing myself.”

A year later, Cian was cast in an earlier Ballet Ireland Nutcracker. “I was 17 when I was with Youth Ballet and chosen to dance in Nutcracker," he says. "I would never have imagined it at the time let alone at three years’ time I’d be a professional dancer with the company so it is a dream come true to have started my training in Ireland and now be here dancing with the national company.”

Cian describes his roles in the show; “In Act I I am one of the children and I am a soldier, and in Act II, I dance a Chinese duet and I also dance 'Waltz of the Flowers'. What I love about the repertoire I get to dance is everything is so different; you have the Chinese dance which is just a duet between me and my partner which is cheeky and cute and then Waltz of the Flowers is a much more graceful and elegant corps de ballet, and then being when I am being one of the children is more acting than dancing.” 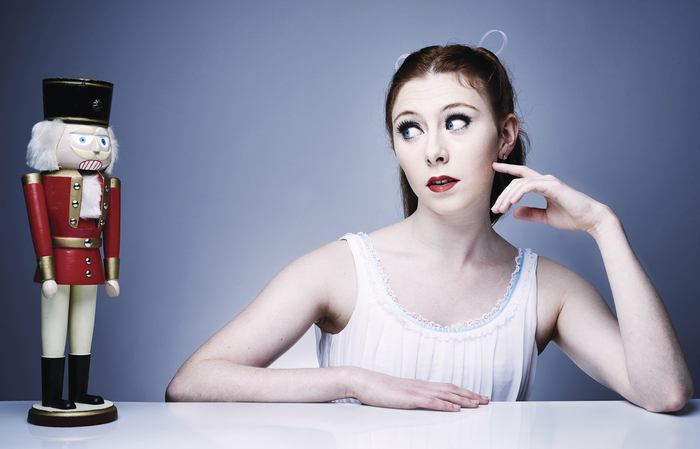 The Nutcracker is as traditional a Christmas fixture as turkey and pudding so how to make it fresh as a dancer or company?

“When I think of Christmas I instantly think of The Nutcracker,” he says. “It is one of the most magical ballets that I have ever seen from the incredible music to the costumes, storyline and characters; it’s a real treat! It is such a traditional ballet, that is the reason it is still here today. t is such a heart-warming and honest ballet it brings out the child in every audience member.

"Every time you do a production you are always trying to improve each performance, even myself in terms of the characterisation and how I perform I keep want to better myself. And even though it is based in a different time than today it is about taking the audience with you on a journey that is so special about this ballet.”

Cian also relishes being a part of Ballet Ireland. "Ballet Ireland has always inspired me throughout my training and the company is one of the reasons that I found my love for ballet," he says. "Throughout my time at school I had a big poster that my teacher gave me of Ballet Ireland’s Romeo and Juliet on my bedroom wall. It is a dream come true that I am starting my professional career in my home country and with Ballet Ireland! I am learning so much every day being a part of the company, and it is so inspiring to be able to watch and work with so many incredible artists every day.”