A PRIZE-winner in New York and an audience hit at Cúirt, Justin McCarthy and Diarmuid de Faoite’s rollicking musical version of Playboy of the Western World hits the Town Hall Theatre next week for a five night run.

This is a staged version of the award-winning musical first broadcast by RTÉ Radio last December. That production went on to win bronze at the New York Festival of World’s Best Radio Program Awards and was also shortlisted for a PPI Radio Award.

This Playboy is set in an old-style radio studio complete with narrator, an ensemble of actors, a band, backing singers, lots of sound effects and, above all, terrific songs which jauntily cavort from one style to another. There is blues, tango, country and much else in what is a bubbling and flavoursome musical gumbo.

“The songs really define the whole thing,” says composer/musical director Justin McCarthy. “The opening song, ‘Oh The Wantin’ immediately establishes Pegeen as the kind of young country singer that defines her character. In the original play the characters never move outside the bar and I took that same notion and said well if it was a modern bar it would have a resident covers band. The covers band is typical of the west of Ireland, it’s a band that can play anything from Jim Reeves to U2, they have no difficulty switching styles. I thought that would be a very funny device. The band in the show can play anything, they are not limited to one genre and we use that throughout the play to enhance the comedy of it.” 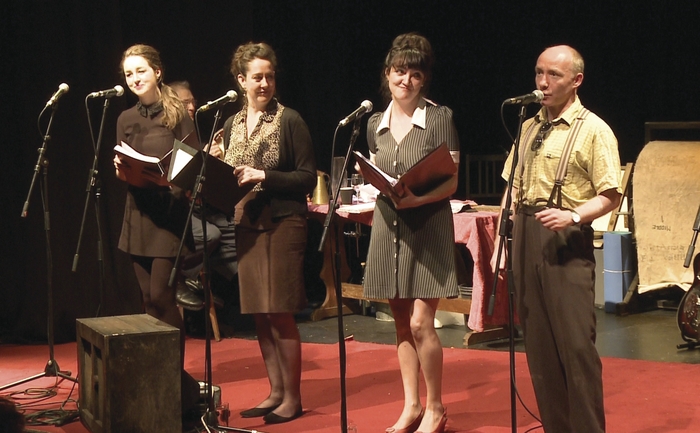 While the show worked a treat on radio it then found a whole extra gear when it was staged live at An Taibhdhearc during Cúirt where it created a huge buzz among those lucky enough to catch it. McCarthy muses on why the show worked so well live.

"The actors were left with a lot of space that they weren’t expecting," he says. "What happened was that the band was really tight and there was a certain spontaneity because everyone came on as if they were just playing voice-over artists, that’s how we were staging it. But because there was a live audience, who were very responsive, they then started to play it as actors, they became more effusive and that created an even greater level of interaction. They effectively invited the audience into the show. Ultimately, everybody in the place had great fun; everyone came out saying it was like an ABBA gig, they all came out laughing and singing and happy and entertained.”

If McCarthy and Co sent their audience home laughing and singing it is partly because his research paid off. Prior to starting work on Playboy, he immersed himself in the classic musicals of Rodgers and Hammerstein, providing him with the blueprint of how to strike the show’s balance between dialogue and music.

“What Rodgers and Hammerstein did in shows like My Fair Lady and Pygmalion gives a really good demonstration of why they would put a song in a particular place or replace a chunk of script with music,” he explains. “They really understood what part of a narrative was better expressed by music than by dialogue. If you sit down with a pen and paper and go through a Rodgers and Hammerstein musical the first surprising thing is that no song lasts longer than two minutes without an interruption by dialogue - they tend to have some dialogue and then reprise the song. Their songs were all shorter than Beatle songs! They made sure all the songs were really short and you have your verse, chorus and middle eight. It was structured so finely. Either people got it first time because the tune was catchy or they didn’t use the song. The criterion was it had to absolutely work, it had to be catchy, and it had to move the story.” 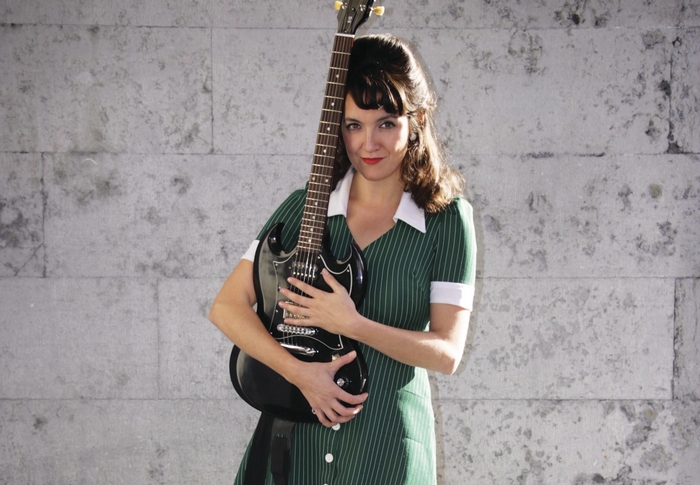 How did McCarthy apply these lessons to ‘musicalising’ Playboy? “The thing about Synge is that there were so many passages in Playboy that are almost songs anyway,” he replies. “In a lot of cases it was just a question of saying the song’s half written already, we just had to make this line into a bridge or that phrase into a chorus. Synge was a musician before he was a playwright and it really shows in his lines. A lot of them work really simply as song lyrics. I didn’t have to change very much, it was all there.”

The production certainly has its share of show-stopping numbers, whether that be Helen Gregg with her wonderfully sassy rendition of Widow Quin’s ‘I’ve Got My Eye On You’, John Conneely’s soulful ‘The Stooks’, or the finale number ‘Playboy of the Western World’.

“When Diarmuid and myself were casting this stage version we purposely looked for actors who also had ability as musicians,” McCarthy notes. “All of our actors can sing, so musically it is very good. Also, when we did it in An Taibhdhearc there was a load of stuff we discovered. We didn’t know what was going to happen and we didn’t realise how much of a show we had. It was only in doing it we found how well it worked live. Bearing that in mind a lot of the lighting, and so on, we are doing for this new Town Hall run is geared toward enhancing all that so that it will work even better.”

The music is performed by The Stooks, led by the production’s co-creator Justin McCarthy and featuring Dave Curtis, Brian O'Grady and James Richardson with special guest John Conneely