AN TAIBHDHEARC'S contribution to this year’s Galway International Arts Festival is Eoghan Ó Tuairisc's Fornocht do Chonac, a multimedia production about Patrick Pearse, performed in Irish with English surtitles.

Fornocht do Chonac is the title of a famous poem by Patrick Pearse in which he beholds a vision for a new Ireland, and also foresees his own road to death. In Ó Tuairisc’s play, an artist called Pearse hides out in a graveyard on the coast, anguished and half-crazy, as he deals with his demons. What happens when a young woman comes calling and makes him an offer he can’t refuse? Will he use his talents to create or destroy?

Patrick Pearse’s passion for a free and Gaelic Ireland was undoubted: but did his vision glorify bloodshed? These are some of the questions asked in the play about his legacy. Fornocht do Chonac was first performed in 1979 and was a scathing look at Irish society, still relevant today.

“O’Tuarisc was a very well respected writer in the 1970s and 1980s,” producer Anne McCabe tells me. “Rita Kelly, the poet, is his widow; she has the rights to the play and she gave us complete freedom to adapt it for a modern audience. That was great because I wanted to do it as a multi-media production.

"Also, there were a lot of theatrical devices in the original such as masks and symbolic figures like the Queen and the Poet; it’s like a Yeatsian play. Instead of using those we are using visuals that we have filmed ourselves at the Pearse cottage in Rosmuc as well as archive footage from Mise Éire of the 1916 Rising.

"Rita Kelly is fascinating herself, she talks about their life together and how devoted they were to the arts and the classics. They lived on an island in the middle of nowhere, the only access was by boat and they studied Greek and Latin and poetry. The play starts out as a play of ideas.” 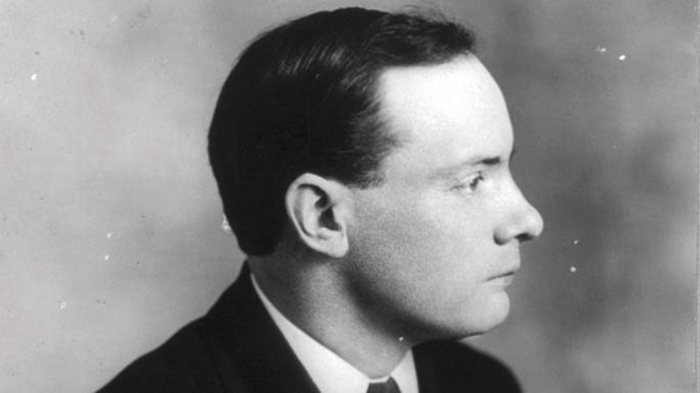 McCabe expands on the play’s content; “The character Pearse wants to tear the legacy of Pearse, the 1916 leader, out of his nerves. There’s a great line where he says ‘I want to tear him out of my nerve endings, out of my brain’. It’s a look at Pearse’s influence through flashbacks at his life and when he went to Rosmuc to learn Irish and his belief that without the Irish language we would have lost our identity completely.

"Pearse was very important in terms of the revival to learn Irish, he wrote in Irish and edited An Claimh Solais and so on. Eoghan O’Tuarisc wrote the play in 1979 dealing with the legacy of Pearse against the backdrop of the Troubles. The play’s character Pearse has committed a crime of violence and is living in his own internal hell. O’Tuarisc as a writer was very interested in ideas, he wanted to reconcile art and life and the terrible beauty and the consequences; it’s the vision of an ideal of beauty but is that liveable in reality.

“We are trying to make the play accessible and its context and Pearse’s own life through film. There is also music as well and an evolving sculpture, there are a lot of elements in the production. The play shows a relationship between a very disillusioned sculptor wondering how he will ever sculpt again and a young woman called Barbara who is trying to redeem him and get him to make a commemorative sculpture about Pearse. The sculptor is played by Micheál Ó Dubhghaill and Barbara by Gráinne Bleasdale. The cast is completed by Doireann Ní Fhoighil who plays a spirit figure who haunts the sculptor.

While O’Tuairisc was a prolific and much esteemed writer, in recent years his work has suffered neglect and McCabe sees this production as a timely revival of his reputation. “I hope it does,” she says “Fiach MacConghail, in his last year as artistic director of the Abbey, is very excited that we are doing the play and he will be bringing it up to the Peacock in November. We are very, very pleased about that and we will also be taking it to Killarney so it will have a life beyond the arts festival.”

Fornocht do Chonac is directed by Eoin Mac Diarmada, with visual Effects and video by Sean Cathal Ó Coileáin and set design by Dara McGee. It previews from July 7 to 9, with the main run taking place from July 11 to 16 at 8pm nightly, with a matinee on July 16 at 3pm. For tickets see www.giaf.ie and the festival box office, Galway Tourist Office, Fairgreen.