OVER THE past decade the Shell To Sea protest campaign against the Corrib Gas project in North Mayo has not only made headlines in Ireland but around the world. In that time numerous artists - musicians, authors and poets - have lent their support to the campaign with an array of songs and writings that tell the stories of the issues and personalities involved with great eloquence and power.

Glór na hAoise is a newly released triple-CD which brings together for the first time all the music and poetry created in solidarity with the people of north Mayo and charting the story of a grassroots campaign and a global oil giant, Royal Dutch Shell. Artists such as John Spillane, Jinx Lennon and John Hoban sketch the scenario which unfolded as local people asked for their concerns to be addressed but were met first with spin and slander and later with the baton, the jackboot, and the prison cell.

Poets Sorcha Fox, Rita-Ann Higgins and Louis de Paor add texture and depth to the story while one of the most chilling tracks on the release the excerpt from Donal O’Kelly’s play Fionnuala describing the brutal assault on protester Willie Corduff. Rónan O’Snodaigh, Leo Moran, Frances Black and Damien Dempsey add their voices to an incredible chorus reminding us that ‘greed is a knife’ but ‘you can never kill the will to be free.’ There is also a notable international dimension with songs in honour of Nigeria’s Ken Saro Wiwa who was put to death for opposing Shell’s activities in that country.

“People came from all over the world to north Mayo during the struggle,” says Eamon de Staic, one of the album’s producers, as he reflects on the international aspect of the story. “There were people from Bolivia, Nigeria, Norway, South Africa and the Choctaw Nation of native Americans. The campaign made links with other communities that were struggling so it was important for us to show that on the album. I suppose as well the violence that was encountered by the campaign, here was the milder end of what happens globally but force was exerted on the community so that if they weren’t going to roll over they would be kept out of the way. Fisherman Pat O’Donnell’s was an active campaigner and a serious thorn in their side; his fishing boat was boarded and sunk, that has never investigated by the guards and he couldn’t get any compensation for its loss.”

Pat’s story was the seed for the album as Eamon reveals; “A few of us were sitting having a chat one evening in 2012 and Donal Finn mentioned he’d written and recorded a song about Pat O’Donnell in his studio. From there he got inspired to start recording songs by other people, initially from around Galway, who had songs relating to the campaign or sympathetic to its aims. He and Roisin Ni Fhaolán were sending the music up to the community in Mayo and they were delighted and suggested maybe songs from there and by people like John Spillane could be added. 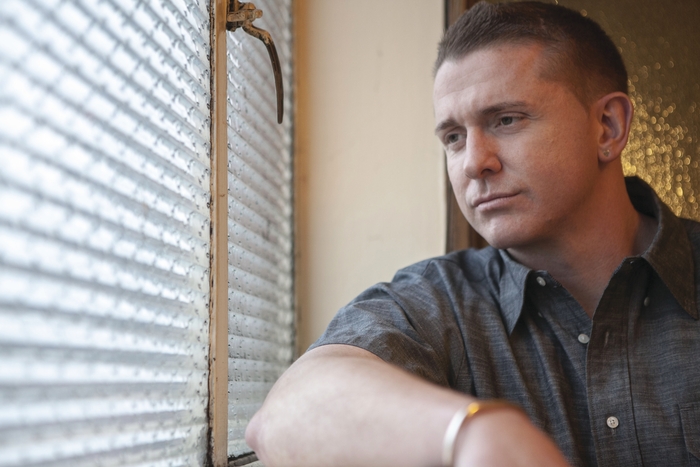 "Once we started tracking down songs it turned into an avalanche, stuff was coming out of the woodwork that we had never even heard of like Rosemary Woods’ wonderful song about Ken Saro Wiwa. I met Damien Dempsey [pictured above] one day in the Salt House and when I told him about the project he was very interested. He offered us a live version of his song Colony for the album, which I love because it makes the link between the Irish experience and the African. We have more in common with Nigeria than Norway in how we chose to deal with oil companies, including letting them misuse the resources of the state (we’ve spent €12 million in garda resources policing the protests ) so that colonial mindset that Damo sings about is still with us unfortunately and is something we really have to question..”

It is fitting that the album kicks off with Frances Black singing ‘Legal Illegal’ by Ewan McColl, who wrote many great songs of folk protest and activism. The remaining 66 tracks over the three discs continue in that vein and bear out the words of Liam Clancy ‘written history is nothing more than the propaganda of the victors, for the real story you must go to the folksong’. “Frances Black performed that Ewan McColl song for Willie Corduff when he was presented with the Goldman Environmental Prize,” Eamon tells me. “Willie was feted in California as a defender of the environment after being jailed in Ireland. He received no acknowledgement from the Irish state about the award, one of the only winners of Goldman prize not to be acknowledged by his own government.”

I ask Eamon about the decision to do Glór na hAoise as a triple album. “We realised early on we had way more material than would fit on a single disc,” he replies. “ We first decided it should be a double album but once it was suggested to go to three CD’s I had to say yes. There is a lot of heart in there and the only way to get the full picture was to put everything in and to show the range of how people feel about this issue. So much of it is written by artists who might only have watched the story on the news but they have seen through the propaganda and can see that this is a community that has been abused and treated as expendable. There are so many great songs here, Breda Murphy has a lovely song ‘No One Shouted Stop’, there’s Queen Elvis with ‘Stand Up’, John Hoban’s ‘Treason’ and much more. The archival value of this project alone is massive which is another reason we had three CD’s. We need to respond as a nation to this issue and our artists and poets are best equipped to make that response which the album shows.”

Ranging from reggae to sean nos, jigs to dubstep, spoken word to poetry and song, this is a broad anthology of committed and compelling music. The album was financed by a web-based Fundit campaign and Eamon and his fellow producers are very grateful to the many supporters without whom it would not have been possible to make this work happen.

Glór na hAoise is €15 and is available at Charlie Byrne’s bookshop.