ONE OF the most enjoyable shows I have seen this year was Brú Theatre’s Selvage, written and performed by James Riordan and first staged in The Mick Lally Theatre in March. Selvage now returns to the Town Hall Theatre for one night only, on Tuesday November 26.

Selvage (a word meaning the self-securing first and last line of knitting ) is a show about unravelling tightly-wound modern anxieties and a boy’s triumph over his ‘gnaw’. James plays Jo Fanny, a vulnerable youth whose life is destabilised when his activist grandmother is imprisoned and he must face the world on his own.

This is an energetic, imaginative, and funny piece of physical theatre exploring themes of charity, self-help, and religion. It examines the countless avenues people trudge in an effort to make themselves feel calm when deep down remains a ‘gnaw’. Directed by Lara Campbell and with a lovely live music score from Anna Mullarkey, Selvage features puppetry, masks, and imaginative use of props, as Riordan delivers a terrific piece of theatrical story-telling. Sarah Jane Shields’ lighting and Gavin Morgan’s set also add to the play’s impact.

Ahead of the play's return, James spoke with me about how it has evolved since its first outing but first I asked him where he got the idea to have the granny as such an important figure in the story? “She comes a bit from my own granny to be honest, who is no longer with us,” he replies. “She was a big knitter, and it was only in my adult life I could see that the knitting was there to calm her down or give her space, it was a kind of meditation I suppose.

"The knitting and the granny were entwined in my own life. I also thought that having a Bolshevik moody outspoken granny is good fun and helps us into the play quite nicely and you’re not used to seeing older people be riotous and rebellious, aside from Margaretta Darcy maybe, and there are echoes of her in the character as well.” 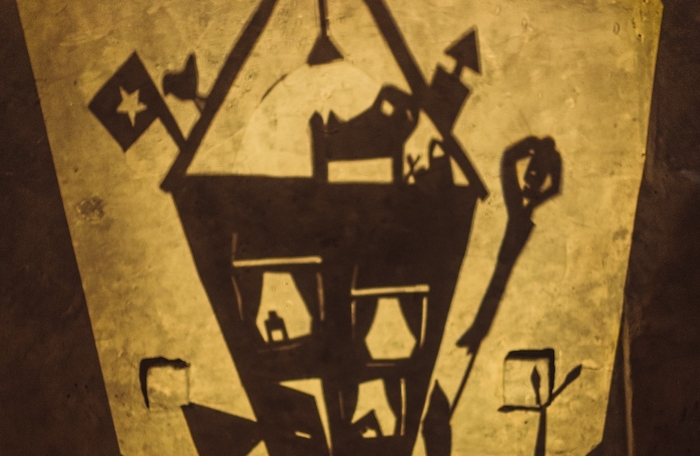 While expressing his delight with the play’s debut at the Mick Lally, James outlines how it will adjust for the Town Hall. “We were happy with the reaction we got. It was developed initially as part of DruidFUEL so from its inception it was imagined in that space. But, funnily enough, when it went to Clifden it was a much more proscenium arch straight-on audience and Lara actually preferred it in that setting.

'The audience interaction was one of the things we were happy with, but it is a fine balance between having an audience recoil in fear when asked to partake or do things'

"We had to make a couple of alterations to suit the space and the Town Hall is also a proscenium arch venue so those alterations will remain. When you have the audience on three sides that creates such an evocative space that helps the atmosphere but I’m looking forward to showing something that is designed for the Town Hall stage, with more people in the audience, and longer to go to get up to the back.”

There are several episodes of audience involvement in the show where Jo steps off stage to put a cap on someone to signify a character in the story. In the Mick Lally that only required a couple of steps whereas a longer journey is required in the Town Hall but that aspect of the show still remains. 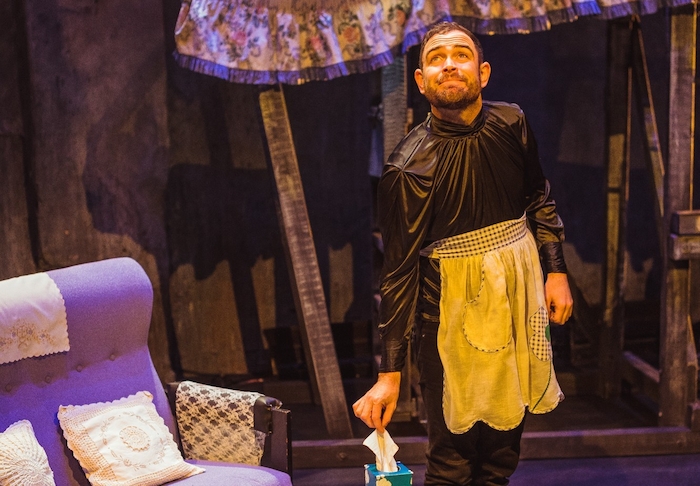 “The audience interaction was one of the things we were happy with, but it is a fine balance between having an audience recoil in fear when asked to partake or do things,” James observes. “We’ll keep a lot of the audience participation stuff but I’ve gone on to work with a dramaturg in the meantime and the play has changed quite a bit especially in terms of the characters involved so there will be fewer caps. With the Town Hall you can only go up and offstage along the sides to reach people whereas in the Mick Lally it’s more immediate and you can build a rapport that we’ll have to work harder to achieve in the Town Hall. In other ways the story breathes a bit more with space.”

'I was putting a lot of ideas and thoughts about the world into this one show, and there are sections that may come back in a different show'

The dramaturg James worked with was Hanna Slättne, who is from Sweden, but based in Belfast. “Working with Hanna was great,” he declares. “It’s something I’d never done before and, as a writer, I found it inspiring to start thinking about the play from a totally different angle from someone who was not interested in what the show looked like. I went up to Belfast twice for a couple of days to work with her on the script; on tying the knots and resolving the story threads toward the end so that they weave back into each other. There are a couple of characters moulded into one and another one dropped because I was putting a lot of ideas and thoughts about the world into this one show, and there are sections that may come back in a different show.” 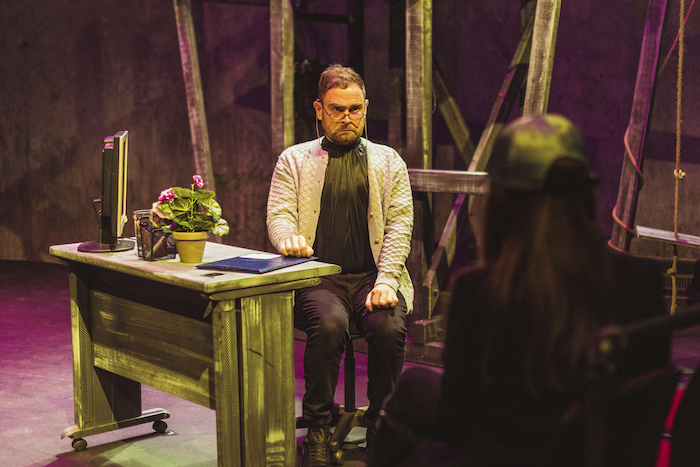 Aside from this revival of Selvage, Brú Theatre also have some interesting projects in the pipeline for next year. “We’ve been commissioned by NUIG and Galway 2020 to make a site-specific audio merged with physical theatre show next spring," says James, "that will be based on some old Irish language texts that have been translated into English. It will involve a choreographer from Marseilles called Rodrigo Pardo and Máiréad Ní Chróinín from Moonfish and we are looking forward to that.

"I also just came back from Annaghmakerrig where I was working on a show that I hoping to stage as a work in progress next year. It’s in collaboration with Julianna Bloodgood, from Polish company Song Of The Goat, and is about keening. It was such a massive part of our society for so long then disappeared. And maybe we’ll take Selvage on tour as well.”