BRIGHT SUNSHINE, as it always seems to do, greeted the Monday evening commencement of the 42nd Galway International Arts Festival, and there was a full house at the Black Box for the festival’s first show, the world premiere of Least Like the Other - Searching for Rosemary Kennedy.

A co-production between GIAF and Irish National Opera, Brian Irvine’s contemporary operatic theatre piece was a pulsating, thought-provoking examination of the tragic life of JFK’s elder sister Rosemary, who was subjected to a calamitous lobotomy in her twenties which blighted the rest of her life.

As little of Rosemary’s own words remain, the opera was largely composed of gathered fragments of medical reports, family memoirs, speeches, photographs and snatches of film. Director Netia Jones also did the design which presented a set comprising a functionally grey space that could have been a hospital room. Similar to recent big GIAF shows like Incantata and Grief Is The Thing With Feathers, Jones adopted a multi-media approach which entailed the projection of text and imagery onto the walls of the set. 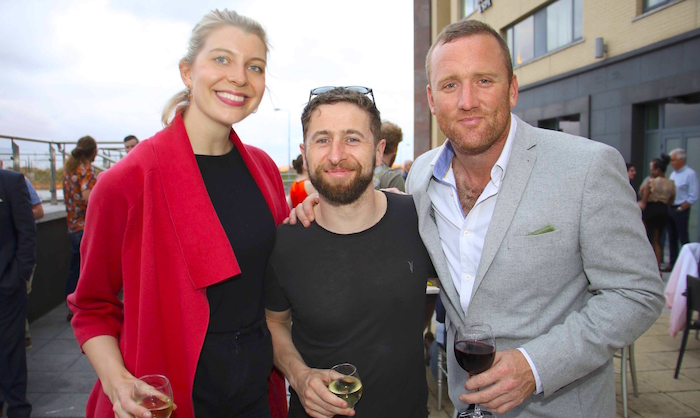 Actors Kate Kennedy, Aaron Monaghan and Rory Nolan, who star in Druid Theatre's production of Epiphany, at the official opening of the Galway International Arts Festival at the Galmont Hotel. Photo:-Mike Shaughnessy

Irvine’s score was often frenetic, angular, and insistent; flurries of notes exploding like the impactful blows of a boxer working a punchbag. In contrast, other passages were tranquil and dreamy. If Rosemary herself remains something of an enigma at the story’s heart, the opera powerfully outlined the attitudes of the world around her; it was a time when women were expected to be docile and submissive and any deviation from society’s approved norms were apt to be met with repression, incarceration or, as in Rosemary’s case, the terrible lobotomy.

'We need art and artists so much right now with the turmoil in the world and we need these huge international arts festivals. They have saved me a couple of times in my life' - Deirdre O’Kane

This was a very strong start to GIAF 2019 in which all its collaborators excelled; Irvine, Jones, the INO conducted by Fergus Shiel, soprano Naomi Louise O’Connell and actors Stephanie Dufresne and Ronan Leahy (with assistant director Aoife Spillane-Hinks also contributing several voice overs ).

From the Black Box, festival-goers headed to the Galmont Hotel for the official festival launch. The Mayor of Galway, Cllr Mike Cubbard noted that “one of the most exciting nights in Galway is the launch of the Galway International Arts Festival,” and shared the impressive facts that annual attendance at GIAF is now at 250,000 while the festival brings €40 million euros to the local economy. 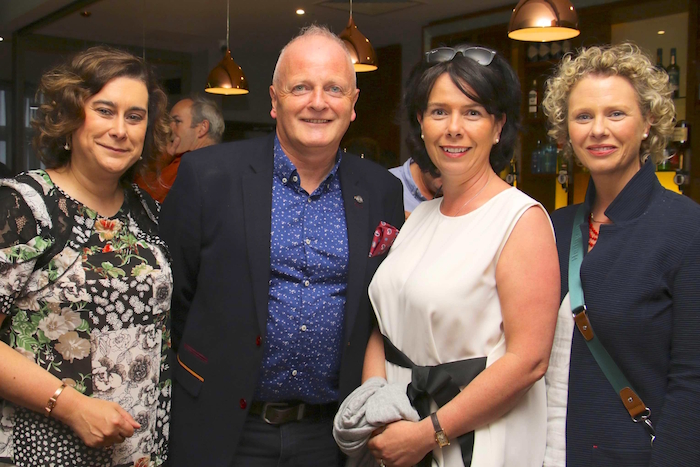 He also reminded the gathering that GIAF, “has carried the flag around the world to New York, Adelaide, Sydney, Hong Kong, Washington and London. Six hundred artists from around the globe will converge on Galway this month to be part of this renowned international celebration of the arts, which will feature five world premieres and five Irish premieres. As mayor, I look forward to welcoming the many visitors and as a Galwegian I am excited to see another festival unfold that nowhere in the world can match.”

Guest of honour was comedian/actor Deirdre O’Kane who reminisced about making her professional debut with Druid in the 1992 arts festival in the play, Odd Habits. “We need art and artists so much right now with the turmoil in the world and we need these huge international arts festivals. They have saved me a couple of times in my life,” she declared, before launching into a long and funny story about playing the Montreal Comedy Festival when she was a rookie stand-up and literally bumping into Billy Connolly. Her tale triggered plenty of laughs from the appreciative crowd.

The formalities were concluded with a rousing round of applause in tribute to Fair City actor Karl Shiels, whose sudden death had been reported earlier.