SYNTONIC STATE is the title of the 16th edition of TULCA Festival of Visual Art which opens tomorrow, Friday November 2, and continues to November 18, featuring work by more than 20 artists.

The festival takes cues from Galway’s history, and from the concept of nostalgia. The comfort we take in looking to the past – particularly during times of crisis – forms the premise for multiple artistic responses. TULCA 18 takes its title from the psychology term 'culturally syntonic', meaning to be in harmony with one’s environment. In a time of mass migration and displacement, the search for a ‘syntonic state’ prompts nostalgia in popular culture and sees its use as a political device to incite fear and anger - themes explored in various ways throughout the TULCA programme. 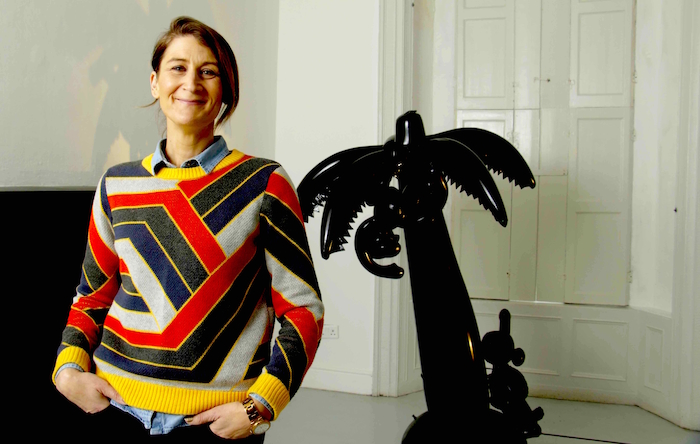 The programme is curated by Linda Shevlin who outlined her approach to the event. “When I started thinking about it I was very conscious of what is happening politically, socially and the state that we are in," she says. "I noticed that politically there is a return to nostalgia in things like Brexit and the Trump campaign. I was interested in how that affected us in western society and how effective nostalgia can be as a political device. I was also thinking about Galway and its associations with the historical meaning of nostalgia around its past as a merchant and marine city. I took that idea and looked at artists who deal with that subject in their work.”

Linda explains how the idea of harmony embodied in the TULCA title, Syntonic State manifests in the programme. “By its nature, curating the festival is around finding synchronicity within the works and finding their common ground where they are brought together," she says. "There are some old works such as Mark Leckey’s which dates back to 1999, so explores a different environment to what we are living in now. In pulling all these together and placing them throughout the fabric of the city it forms a syntonic state by presenting the work in this way.”

'In Nostalgic Listening Club, people are invited to bring a piece of music and play it for the group; it’s like a book club but with music'

Tomorrow night’s TULCA opening, at 8pm in the Festival Gallery in Fairgreen House, will be followed by a performance by Aoibheann Greenan with a historic Galway link. “Aoibheann did a residency in Mexico and came across the story of John Riley, from Clifden, who led an Irish battalion, the San Patricios, in the Mexican army during the US-Mexican war of 1846-48," says Linda. "Her performance is a commemoration procession which will move through the city and enact different stages of John’s life using prose and poetry written by Aoibheann and performed by some of Galway’s well known street performers.”

Another Galway link is present in the work of award-winning photographer Ciaran Óg Arnold. “Ciaran’s work is from a photographic series entitled I Went To The Worst of Bars Hoping to get Killed But All I Could Do Was Get Drunk Again, which won MACK Books First Book Award which is a very prestigious award within the world of photography. After spending time in America he returned home to recession-hit Ballinasloe where he documented the bars and nightclubs that would be familiar to many rural Irish towns. It’s a very cinematic series of images depicting images of rural Irish nightlife.”

Linda highlights two other events of note from the packed TULCA programme. “We have a lovely event in the Mechanics Institute, on November 10, called Nostalgic Listening Club which will be led by artist Mark Garry and people are invited to come along and bring a piece of music and play it for the group; it’s like a book club but with music and I think it will be really good fun. Then we are closing with a buffet cum art installation by the Domestic Godless collective in Sheridan’s cheesemongers where they will be using native heritage cereals and exploring ideas of sustainability.”

This year’s festival uses a lot of new venues across the city (made possible by the support of Galway’s business community ) and there will also be a bespoke publication designed by Padraig Cunningham of Pure Designs available, free of charge, at all venues. In addition to a text by Linda Shevlin, the publication will include a newly commissioned essay by Joanne Laws on rave culture.

Full details of the TULCA programme can be found on www.tulcafestival.com