SARAH O'GORMAN'S entry into comedy came via a mixture of geography, circumstance, and finding herself standing next to Phill Jupitus. Today she is auditor of the NUIG Comedy Society, and is about to make her second appearance at the Vodafone Comedy Carnival Galway.

NUIG Comedy Soc is one of the university's most vibrant and active societies, and throughout this semester it will run numerous comedy shows - open to the public as well as students. Indeed the semester has barely started and already there has been a collaborative show with Riff Raff Comedy and a Late and Live Variety Show, featuring rising star Kari Johnson.

Sarah, originally from Kilkenny, and now a final year student at NUIG, will be presiding over the upcoming months of mirth, so what was it originally, that led her to comedy? "As a child, even as a teenager, I wasn't exposed to it much, it wasn't seen as relevant," Sarah reveals, "but in the countryside, I think everyone is a comedian, that's how we deal with the misery of barren landscapes. I think people in the country are funny naturally, as there isn't much else to entertain you. There was never any inkling I would do comedy, but I remember my grandfather saying to me once, when I was giving cheek to my mam that I should be on-stage!" 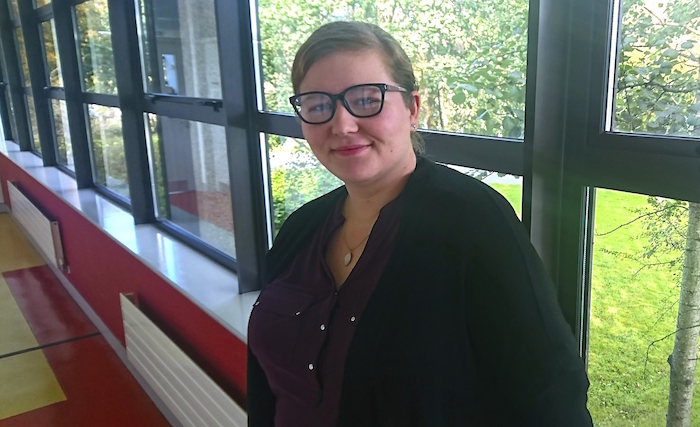 "When I first came to Galway, the major thing that was going on was the Vodafone Comedy Carnival. The first gig I went to was in the Róisín Dubh. It was a Tuesday night and Phill Jupitus was on. The day after, I went to another comedy show, it was in the Spiegeltent, and Phill Jupitus was on again, with Bernard O'Shea and Tiffany Stevenson, so after that I just delved right in - comedy is huge in Galway. It's on Tuesday, Wednesday, Thursday, and Friday nights. I saw David O'Doherty on campus as well.

"The more I saw people doing it, the more I thought, 'Maybe I could do this as well'. To actually get up and do it though, is a different thing. I started on the Open Mic in the Róisín Dubh on the Sunday night. I never wrote down a set, I just said it off. I used to go for walks with my dog and say it off, like a lunatic, talking to myself! Then I got on stage and did it. I did about five minutes first time I did stand-up. It went surprisingly well and I got such a rush I kept doing it."

'Women are really coming though, and I see it with the showcases, women comics are becoming much more prevalent. You see Lisa Casey headlining, and Julie Jay is fantastic as well'

Eventually, Sarah's gigging led to a slot at the 2017 Comedy Carnival, where she found herself on-stage with the comedian who had initially inspired her. "It was a special gig, being on for the festival, and Phill Jupitus was on the bill. That was amazing, almost two years to the day, since I saw him first!" says Sarah. "Niall Horisk, who was then the auditor of Comedy Soc was also playing. He literally rebuilt the society from the ashes. He's my best friend. It was fantastic to share that moment together as we started at the same time and have been big support systems for each other."

Sarah is back at the Comedy Carnival this year, performing at the Stand Up showcase in The Mick Lally Theatre on Thursday October 25 at 2.45pm, as part of a mixed bill with Breda Larkin, Dan Hendricks, Mike Morgan, Aidan Shields, and Joe Dowlin. Sarah (along with Niall Horisk ) will also play support at a Vodafone Comedy Carnival/NUIG Comedy Soc show on campus on October 25. The headliner has not yet been announced but it will be one of the main acts appearing at the festival. 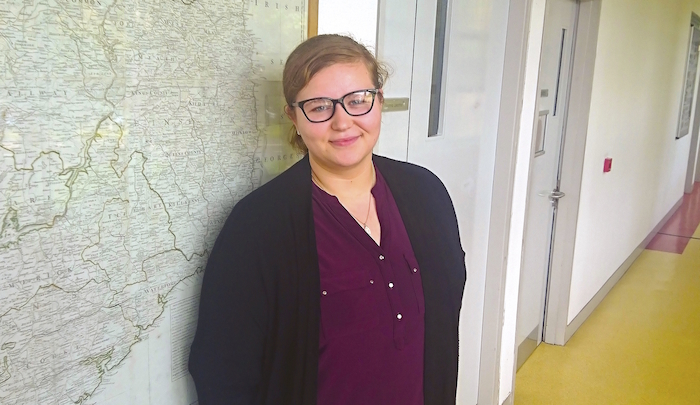 Sarah also notes the strong presence of female comedians at this year's comedy carnival. "It's not just women for the sake of women," she says. "They are all quality performers, something anyone who has seen them will attest to. Women are really coming though, and I see it with the showcases, women comics are becoming much more prevalent. You see Lisa Casey headlining, and Julie Jay is fantastic as well."

NUIG Comedy Soc's other shows this semester will see a second collaboration with Riff Raff Comedy, this time for Mental Health Week, on Thursday October 11, while on Monday October 22, there will be A Stevening, with Irish comedian of the Year 2016, Steve Bennett, and singer-songwriter Steven Sharpe, as part of NUIG Students' Union's Global Week. Comedy Soc will also provide open mic slots where possible at shows. It will also take part Vodafone Centre Stage's Ireland's Funniest Campus competition.