AN TAIBHDHEARC, the city’s oldest theatre and the national Irish language theatre of Ireland, is about to celebrate its 90th birthday with [email protected], a star-studded show, to be directed by Maolíosa Stafford.

Maolíosa Stafford’s first memories of An Taibhdhearc are of being babysat in the greenroom at the age of six. His stage 'debut' (of sorts ) was Nollaig ar an bhFaiche, where a young Malíosa slipped away from his minder, climbed the stairs into the wings, saw his parents mid-scene, walked onto the stage, announced he was bored and wanted to go home! He was promptly removed by the stage manager.

Since then, Stafford has gone on to enjoy a distinguished career in Irish theatre as one of our foremost actors, and will return to An Taibhdhearc to direct [email protected], which takes place on Friday October 26 and Saturday 27. The show will feature actors Bríd Ní Neachtain, Macdara Ó Fátharta, Eoin Geoghegan, Sorcha Ní Chéide, and Séamus MacCuinneagáin, performing excerpts from previous An Taibhdhearc productions, including Macdara O Fatharta’s adaptation of Máirtín Ó Cadhain's Cré na Cille; Mise Raiftearaí An File by Críostóir Ó Floinn; San Siobhán (George Bernard Shaw’s Joan of Arc ); as well as an extract from musical Annie. Meanwhile, more than 30 members of Cantóirí na Taibhdheirce, under the baton of Paddy Daly, and accompanied by David Grealy, will perform songs from the musicals and opera tradition, translated into Irish by Máire Stafford. 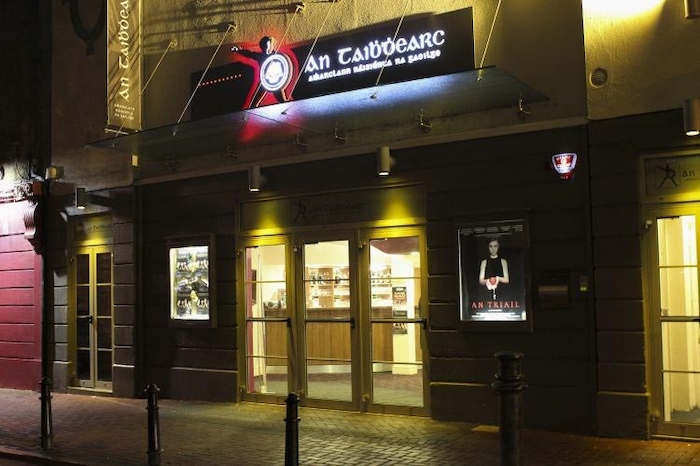 On November 7, [email protected], in association with Arts in Action, NUIG, presents Cartlann, Ceol, Cuimhní..., where Lelia Doolan will share memories and stories of Siobhán McKenna, one of Ireland’s foremost Irish language actors, with reference to the archive of An Taibhdhearc. Rita Connolly will also perform the songs of Shaun Davey. The event takes place in An Taibhdhearc.

Looking ahead to the future, An Taibhdhearc chair Aodh Ó Coileáin has noted that following a call for new writing, more than 15 script submission have been received, a selection of which will be developed for stage. Audiences can also look forward to Tóraíocht an Yummy Mummy, the Christmas pantomime written by Dick Byrne and directed by Cillian O’Dee which will be staged from December 13 to 20.