CLAUDIA BOYLE, one of Ireland's greatest sopranos, makes her Irish National Opera debut in the spectacular new production of The Tales Of Hoffmann, currently touring Ireland, and which comes to Galway next month.

Jacques Offenbach's The Tales of Hoffmann, starring Claudia Boyle, tenor Julian Hubbard, and mezzo soprano Gemma Ní Bhriain, is at the Town Hall Theatre on Tuesday October 2 at 8pm. Music will be performed by the INO Ensemble, under conductor Andrew Synnott.

The Tales of Hoffmann is based on three macabre stories by the romantic German writer, ETA Hoffmann. Each deals with a failed love affair - the first an entanglement with a mechanical singing doll, the second involving a singer afflicted with a malady that means she will die if she dares sing, while the third details an infatuation with a Venetian courtesan. Offenbach was 19th-century France's greatest composer of operetta, but did not live to put the finishing touches to his sole fully-fledged opera. Despite this, it is still regarded as a masterpiece. 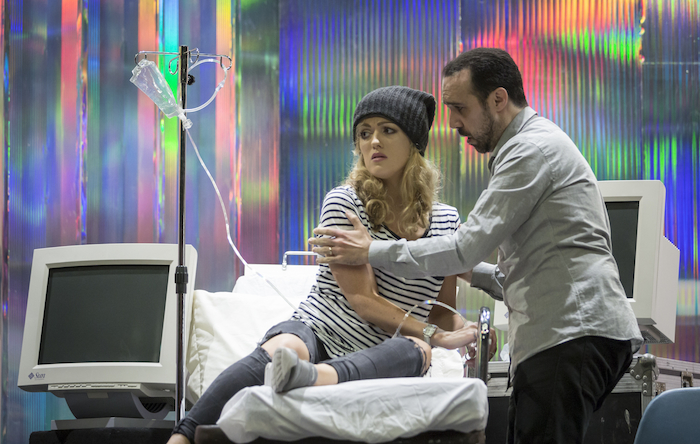 This production is directed by Tom Creed, who has called the opera, "an extraordinary exploration of life and art, combining wild fantasy and pure feeling in equal measure.” For this tour, he has set Offenbach's work in 21st century, and taken inspiration from Ruben Östlund's satirical film, The Square, and the British science-fiction TV series Black Mirror. The production is sung in French with English surtitles.