Widely revered as one of Ireland’s finest interpreters of song, Seán Tyrrell is in the Town Hall Theatre studio next week with Message of Peace, his celebration of Irish hero John Boyle O’Reilly (1844-1890 ).

Blending song and spoken word, Tyrrell traces O’Reilly’s life, covering his Famine-era childhood, his membership of the IRB, his transportation to Australia, and his daring escape to the United States. In America, O’Reilly edited The Pilot newspaper, championed Native and African American rights, and spoke out against anti-Semitism. A visionary and poet, his commitment to justice inspired generations of civil rights activists.

Seán Tyrrell has long been fascinated by O’Reilly and, over an afternoon coffee, he discussed this abiding passion and reflected on his six decades of music-making. “Neither of my parents played music but my dad was a good singer and they were both great set dancers, so there was music at every Tyrrell family gathering,” Seán begins. “I was also fascinated by the Blind Dunnes, brothers Christy and Joseph, who used to busk here during the Galway races. It was from them I got interested in the banjo. 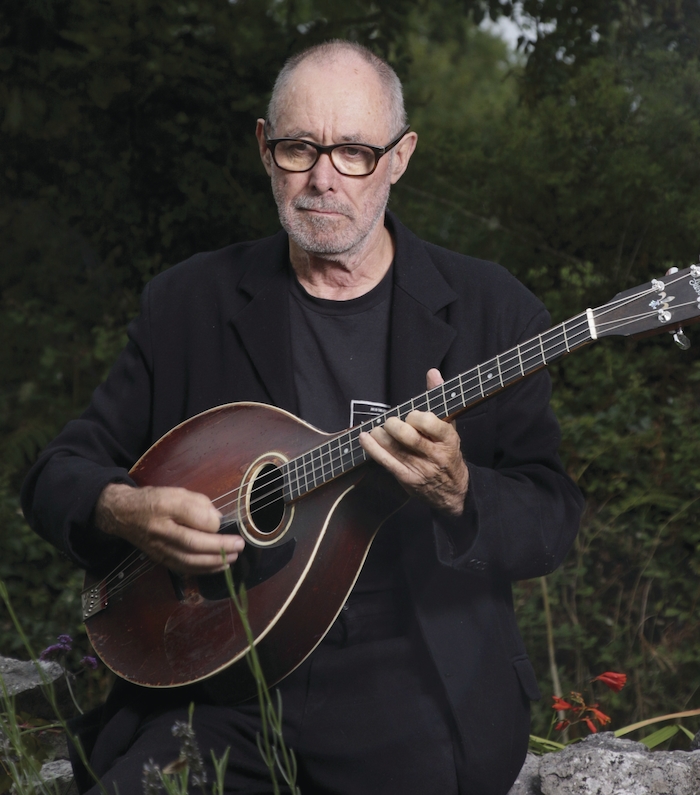 "I used to love the Capitol Showband too because Jimmy Hogan would play some tunes on tenor banjo. Then friends of mine, Jack Geary, Sean Conroy, and John Henry Higgins started playing music and Jack taught me banjo and we started playing together as The Freedom Folk. We got a residency in the Foc’s’le club in the Enda Hotel, in Dominick Street. Many big names of the day played there; Sweeney’s Men, Paul Simon, Ramblin’ Jack Elliott, Davey Graham. We were in college, and passably handsome, so college girls started coming along and the club would be packed. That was the real beginning of my music career.”

'I was playing in San Francisco. You’d pass the hat around but whenever it came back it was full of joints and no money'

After graduating, Seán started teaching in Belfast but hated the job. A call from his old amigo Jack Geary triggered a prompt career change; “Jack told me he was going to the US and I said ‘I’m coming with you’ and handed in my resignation. In America we played a lot on what I called the ‘corn beef and cabbage circuit’ of Irish clubs. They gave me an abiding hatred of Irish ballads because that’s all you’d hear; and it was the way they were sung that pissed me off. Some of them are great songs but they’re often sung with no regard for the lyric, it’s all about getting people banging beer mugs on tables. From the word go I wanted to go against that. People often come up to me when I do those songs and tell me ‘I never knew that’s what the song was about’. I’ve done songs like ‘Black Velvet Band’, ‘Paddy Reilly’ and ‘Danny Boy’ and I always aim to give them their due worth and convey what the story is about.” 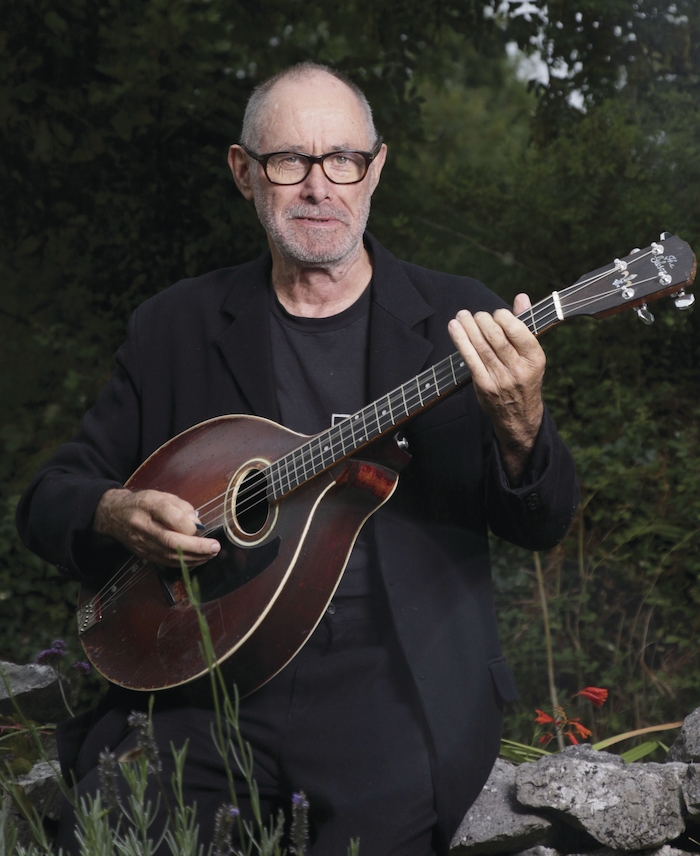 In 1975, Geary, Tyrrell, and an augmented line-up recorded the album Apples In Winter but the band split soon afterwards and Tyrrell relocated to San Francisco; “I was playing in The Holy City Zoo, which later became a famous comedy club. You’d pass the hat around but whenever it came back it was full of joints and no money. I didn’t mind a smoke but you can’t live on it! I then decided to quit professional music. I had a wife and son and when I came back from tour I’d noticed my son Ben was a bit strange with me and I didn’t want that to happen so I moved home. I worked at everything; I was a postman, I drove the Connacht Laundry van, I went fishing, I delivered shellfish to restaurants. I did continue to play music, just not professionally. I only began playing professionally again after my wife and I separated.”

A book of poems and a loaf of bread combined to relaunch Tyrrell’s recording career and enable his discovery of John Boyle O’Reilly. “I’d brought a book home from America, A Thousand Years of Irish Poetry,” he recalls. “I was baking a loaf of bread one day and while waiting for the dough to rise I took the book down, the first piece I read was O’Reilly’s ‘Message of Peace’. I started going through the rest of the book and within an hour I had 15 amazing lyrics and a few of them were on my 1994 CD Cry Of A Dreamer. I got some of my biggest songs in that book; that’s where I found The Midnight Court as well.” 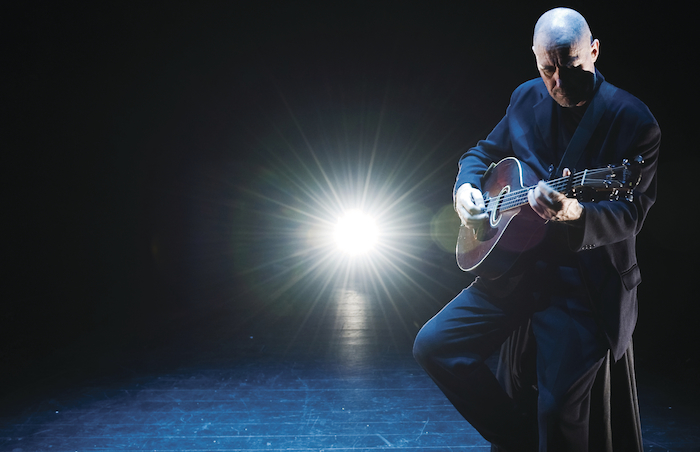 Many people will fondly recall Tyrrell’s musical version of Midnight Court and its terrific 1992 staging directed by Maeliosa Stafford for Druid. “Maeliosa and I are hoping to put it on again for Galway 2020,” Seán reveals. “He’ll redirect it and it will be recast and have a new design. I’m delighted; I’ve done it in Dublin and Edinburgh and I even did a solo version of it in San Francisco. I’ve never met anyone who didn’t love it.”

As well as putting music to poems from earlier eras, Tyrrell did arrangements for two poems by Michael Hartnett. “A friend sent me ‘Belladonna in the Bar’ and I set it to music then wrote to Michael who gave me permission to sing it," he says. "A while later I heard Mary O’Malley read his poem ‘The Ghost of Billy Mulvihill’; I got the text off her there and then, drove straight home and out popped a tune for it. It’s on my album The Orchard and when I was launching that in Dublin, Pat Collins was doing his Michael Hartnett film, A Necklace of Wrens, and he asked me to contribute to it.

"Pat was filming the launch and I was standing at a window when this small, eccentrically dressed man passed by and waved at me; it was Hartnett. Pat was filming us as we met in person for the first time and I remember Michael leaning over and whispering to me ‘I met some folks who say that I’m a dreamer’ which is one of my songs. I had several conversations with him after that, but unfortunately he died before I got a real chance to know him. I love his writing.” 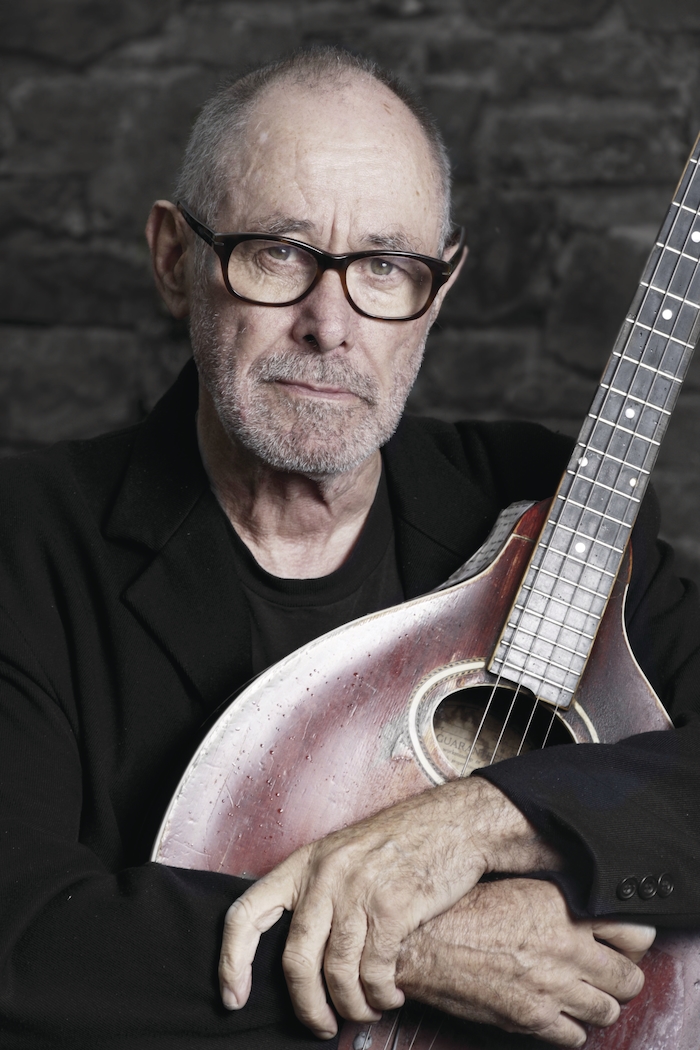 Seán moves on to talk about John Boyle O’Reilly; “When I first read ‘A Message of Peace’ it stunned me. I then got his Complete Prose, Speeches and Poetry and I couldn’t believe what this man was saying and doing and the causes he was espousing at that time. He spoke up for Native Americans and Afro Americans and he predicted Europe being united. I felt this story had to be told so I wrote the show. In it I also do songs like John Lennon’s ‘Working Class Hero’ and Dylan’s ‘Blowing in the Wind’ because I felt they reflect how O’Reilly was ahead of his time. I’d love to see his story made into a film and I have given the CD to both Daniel Day Lewis and Neil Jordan.”

Another highlight of the show is ‘Song for 12th of July’. “That’s an amazing song,” Tyrrell agrees. “It was written in the 1850s by John Frazier who was a cabinet maker in Birr, Offaly. Since I recorded that I’ve never once seen it on a royalty statement from RTÉ or any other Irish station – they have never played it and that vexes me. It’s a powerful plea for love: ‘And let the orange lily be/Your badge, my patriot brother/It’s the everlasting green for me/And we for one another’.”

While Seán remains as active as ever, the Tyrrell torch is also being taken up by a new generation as his daughter Áine Tyrrell, who is based in Australia, is making her own way as a singer/songwriter. “The one piece of advice I gave to Áine was what my dad once told me,” Seán reveals. “He came to see The Freedom Folk one night at the Foc’s’le and the next day I asked him what he’d thought and he replied ‘Why don’t you sing like yourself?’ I was probably imitating Ronnie Drew at the time and it took a while for his advice to register but it became a vital part of what I do and it was the best bit of musical advice I ever got. It’s what I told Áine when she was starting out; find your voice. She recently sent me the demos from her new album – which she’ll come home to launch in October - and it amazed me at how quickly she has become an accomplished musician; she is finding her own voice.”