Generations of Galwegians will know the deep pleasure of stepping through the doorway of Griffins Bakery and inhaling the delicious aromas of its freshly baked breads, cakes, and pastries. That tantalising joy of heady fragrances is further fulfilled when one then gets to taste the wares. Yum, yum, and thrice yum!

On August 1, Griffins Bakery celebrates 100 years of business in its Shop Street premises and, ahead of that landmark occasion, today’s family standard bearer, Jimmy Griffin, sat down with me to reflect on the proud history of this much-loved Galway business.

“The two founders of the company were John Griffin and his father; they began a small bakery in 1876, beside where Colleran’s butchers is now,” Jimmy tells me. “John, who was my great-grandfather, was the real entrepreneur of the family. His first wife died and he then married a lady, whose surname was also Griffin, from a family of builders. They got a property next to where Busker Brownes now stands. That became a large wholesale bakery, at one stage it was the largest in the west of Ireland. Back then there wasn’t much transport infrastructure road-wise and a lot of goods and services came into Galway via the port; spices, American flour, and so on.

"John supplied fresh bread to the barracks in Renmore, the poorhouses, the hospitals, and he had contracts with the navy also because Galway was a naval port during WWI – ships from the North Atlantic Fleet used to call in and he’d supply them with bread. He built a big commercial bakery and, funnily, his slogan at the time was ‘Machine-made bread’ which projected the image of a more clinical, cleaner, environment for bread-making than hand-made bread, whereas today artisanal bread is considered more desirable. 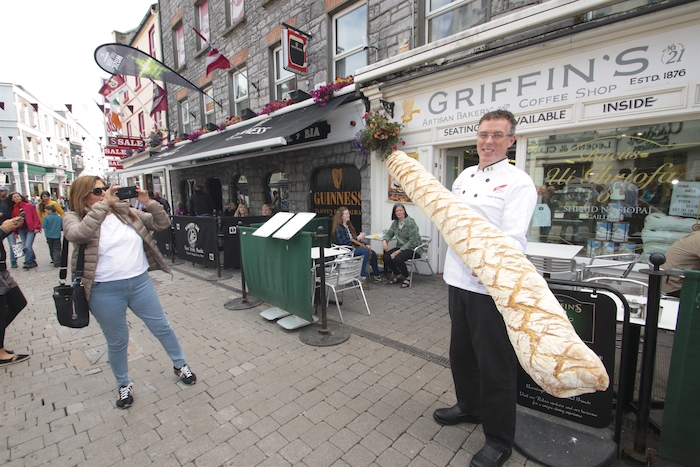 "John had his premises on Shop Street and his son Matthew worked eight hours a day for him and he bought these premises and moved in on August 1 1918. He’d get his bread from his father’s bakery but had a small oven here where he would bake confectionery items and that is how the shop started.”

I ask Jimmy whether many of the items from the Griffins shelves of 1918 are still served a century later. “A lot of the products from 1918 are still served today,” he replies. “We’re very lucky that we have old journals from back then of the daily orders; there were grinders, pan loaves, batch bread, bracks, ice logs, princess fingers, and a lot of those are still being made here today. The recipes and methods we use today are the old ones as well. I think it is an inter-generational thing; families come to shop in town and bring their kids in to get their favourite things in Griffins, and when the kids grow up they come back in as well with their own children. I often get customers telling me stories along those lines. A bakery is a real inter-generational hub that connects people in a unique way.”

While some things have endured others have evolved. “Where it has changed a lot is the sliced pan,” Jimmy reveals. “In the past we would have made a lot of sliced bread and it was bought in large volumes. Back in the 1950s and 1960s families were larger and people ate more basic food than today because options weren’t available. Families have since got smaller and the consumption of bread has dropped a lot.

"In recent years we’ve also had publicity around celebrity diets like being gluten free and people jump on that bandwagon. For a while bread and gluten got a bad reputation; there may be genuine reasons why people have problems digesting modern bread and the main one is that factory-produced bread that you get in the supermarket doesn’t have long fermentation time. They use an intensive mixing process with additives to speed up the fermentation process. As a result of that the yeast doesn’t get time to break down the gluten, so when a person eats that bread it is more glutenous. 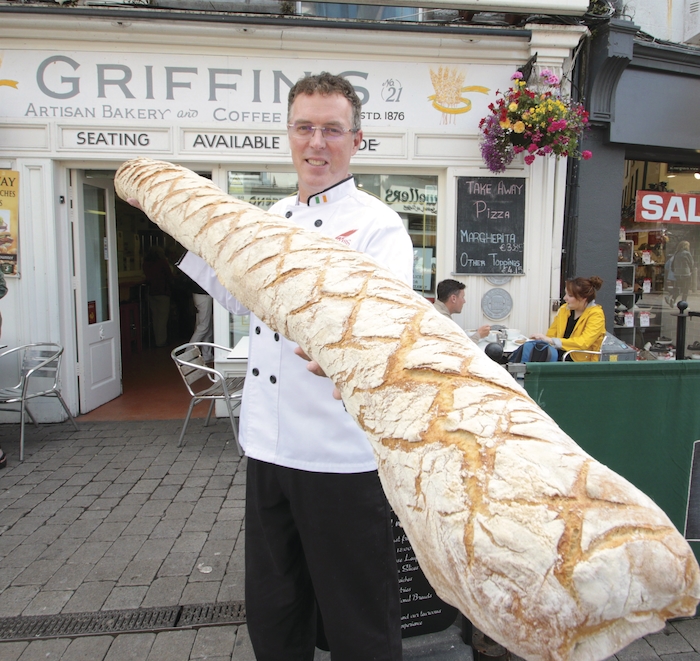 "With artisan-produced bread it’s fermented for a minimum of 24 hours, so the yeast has broken down the gluten. When it gets into the human system it dissolves much more easily. A lot of people who eat sourdough bread don’t have the digestive problems they get with the common sliced pan. Tastes have changed over the years also, people have moved abroad and discovered continental food, so while we still make the traditional breads, there wouldn’t be the same volume of demand for them and we fill the gap with healthy breads and sourdough breads. We then moved into food when we opened the tea rooms 10 years ago. Our food offering is now about 50 per cent of our business and if we hadn’t embraced that change Griffins wouldn’t be here today.”

'Parking is very expensive, there is no bypass, we have all those infrastructural problems causing business to be quiet in the city centre'

A few years ago Jimmy gave an interview to The Irish Times where he candidly admitted that Griffins Bakery was in serious jeopardy due to the recession. Has the business come through that perilous spell? “I wouldn’t say we’ve come through it but we are still swimming through it,” he answers with a laugh. “There is a lot of spin-doctoring going on that we are out of the recession and everything is great but the reality is different. A baker friend of mine in Clifden, Cathal Welsh, has to close for a few months every winter because there is no business and Galway is getting very like that. We have the massive tourist influx in the summer but in winter it is very quiet and it is very difficult to keep the door open and the bills paid. The recession hasn’t gone away in Galway as I see it.

"There are other factors as well; parking is very expensive, there is no bypass and many people just don’t come into town because it is a hassle. There has been a shift of shopping habits as well; the motorway means people from east Galway find it handier to drive to Ballinasloe or Athlone where it is €3 a day to park, there is a nice selection of shops, and you’re not queuing for an hour to get into or out of the city. So we have all those infrastructural problems causing business to be quiet in the city centre.” 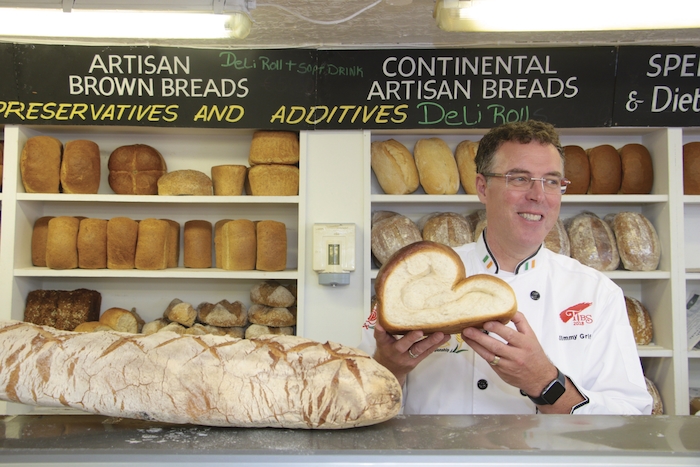 I ask Jimmy was it always fated he’d become a baker or had he nurtured other ambitions when he was young. “I thought I’d like to be a pilot and I have gone and did get a private pilot’s licence,” he reveals. “The summer I did my Leaving Cert my father was finding it hard to get staff and he’d be exhausted coming home from work; he was working 18 hours a day. I said to him ‘Can I do anything to help you Dad? Show me how to make stuff.’ So he agreed and he showed me how to make pastry. I worked over the summer then helping him and he started showing me other things and I got really interested in it all and I applied to go the National Bakery School and was lucky enough to get in and I have never looked back since.”

“The bakery industry has enriched my life,” Jimmy observes. “I was always competitive and I got into competitive baking and that opened a lot of doors to me over the years via international competitions, both as a candidate and a judge. In 1997 we won bronze in a European contest which was a huge achievement for a small country like Ireland; I then became coach to the Ireland team and we went on to have a lot of success, getting three more bronzes and a silver, and, eventually, a gold in the world bakery championships. I have been invited all over the world as a teacher and adjudicator so being a baker has let me see the world.”

Jimmy concludes our chat with his thoughts on Griffins’ Shop Street centenary; “We are celebrating a fantastic milestone on August 1, 100 years since the family moved into this premises. It’s a generational thing; I have three children, two of whom are adults. Dillon, who is 21, is studying nutrition and dietetics in Aberdeen; Janice is going to be a national school teacher. Sophie is 12 and just about to go into secondary school. None of them are interested in carrying on the business so I’ll keep it going until I retire, but as to whether there will be a Griffins successor after me I don’t know. If there isn’t, while that will be a sad day, ultimately every business runs its course and as far as this family goes we have a very proud tradition where we are probably the oldest surviving family business in Galway and it has been great.”