Galway will host European royalty on Tuesday August 21, when His Imperial and Royal Highness Archduke Imre de Habsbourg-Lorraine of Austria, will participate in a ceremony at Galway Cathedral honouring his great-grandfather, Blessed Karl of Austria, who, as Karl I, was the last Habsburg Emperor.

For centuries the Habsburgs were one of Europe’s foremost royal dynasties; they were rulers of the Holy Roman Empire, Spain, and its American colonies, the Austro-Hungarian Empire, and many individual countries. Austria-Hungary’s defeat in World War I brought an end to the Habsburg monarchy, compelling the family to find a new role in the world. Today, Imre lives in Geneva where he works in finance. Speaking with him over an afternoon phone call I began by asking what it was like growing up as a member of such a storied family.

“I grew up with an awareness of the family history and I am very proud of it, while knowing that it comes with a historical and cultural baggage,” Imre replies. “It’s a heritage that encompasses six centuries when my family had an impact on many European countries. When I was a child in school it was always striking to see my surname come up in history books, it puts pressure on a little boy! Growing up we were aware we had a deep connection to many different countries. When my family and I travel to Austria, Hungary, Slovakia, Slovenia, etc, we can still see the impact of the old Empire everywhere. 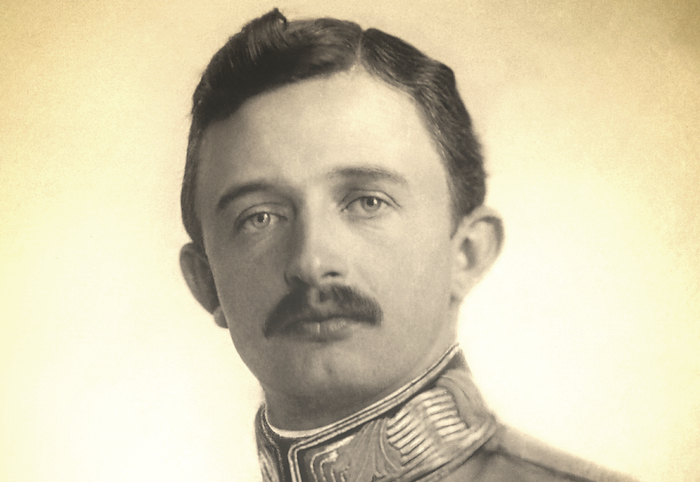 "We try to educate ourselves and our children on the history and unique culture of each of these countries and to emphasise their languages; that is very important. I am proud of my ancestors, they were not perfect but they loved the people that they represented and this idea of service continues to inspire me. That aspect of the servant leader is one of the chief qualities of my great-grandfather Karl [pictured above]. In the end he gave up almost everything; his throne, fortune, power, even his life, for his people. It is an idea that runs deep in the heart of what it means to be a member of our family and it is also a very Christian idea. We are all called to serve, no matter what social class or sphere of society we are in.”

Following World War I, Emperor Karl, his wife Empress Zita [pictured below], and their children went into exile and, with their assets confiscated by the new Austrian government, endured years of hardship. “They were first sent to the Portuguese island of Madeira,” Imre explains. “The Emperor died there in 1922 so Zita was widowed at the age of 29 with no money and eight young children. She then found refuge in Spain and later moved to Belgium until the start of World War II when she moved to the US and then Canada. So the family had to move a lot and there were difficult times when money was extremely scarce.

"This experience made Zita a strong woman and it also gave the children a privileged education but in a new way. They had to learn to adapt and carry on the legacy of their father in a very different way. Zita always taught her family never to be bitter about their situation, always to remember who they are and where they came from, and to find new ways to serve the people, albeit from afar. 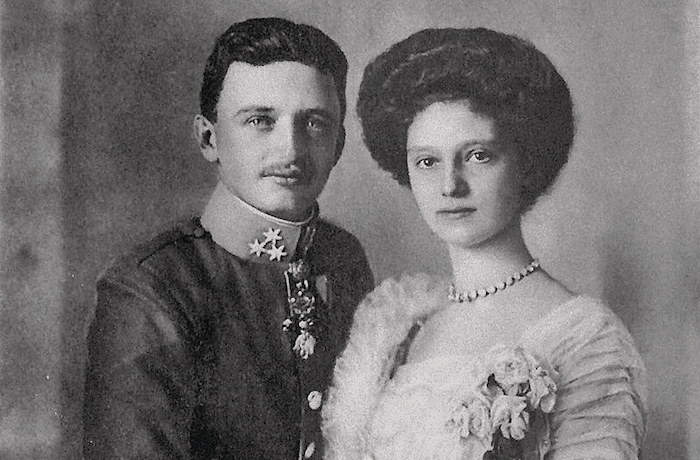 "For many years we were not allowed to return to Austria; my grandfather, Archduke Carl-Ludwig, was only permitted to return in the 1990s. During WWII the family were very engaged against Nazism; three of Blessed Karl’s sons joined the American army and one joined the British army. Also, my great-uncle Archduke Otto spent 20 years in the European parliament and was always a fierce opponent of Nazism and communism and a strong proponent of European integration.”

Known in his lifetime for his piety, Karl was beatified by Pope John Paul II in Rome in 2004. “The whole family was present for the occasion and it was very moving because four of Karl’s children were there for the ceremony, including my grandfather and Blessed Karl’s oldest son Archduke Otto,” Imre recalls. “It was also moving because the Pope’s father had been a loyal soldier in the Austro-Hungarian army and he named his son, who became Pope, Karol after the Emperor.”

'Karl I was a man of great political responsibility as the monarch of a huge empire and head of its army in the middle of a terrible war, a war he never wanted'

“When I talk about the reasons for Karl’s sainthood, I talk about three dimensions of his life,” Imre continues. “Firstly, he was a family man; a husband to Empress Zita, and the father of eight children, and that family dimension is very important. Together they understood that marriage is a vocation and the means for them to achieve their purpose in life – to get to heaven. Shortly before their marriage Karl said a very striking phrase ‘Now we have to help each other to get to heaven’ which shows the whole programme of their lives. It is no coincidence that the Church established Karl’s feast-day on October 21 which was his wedding day. 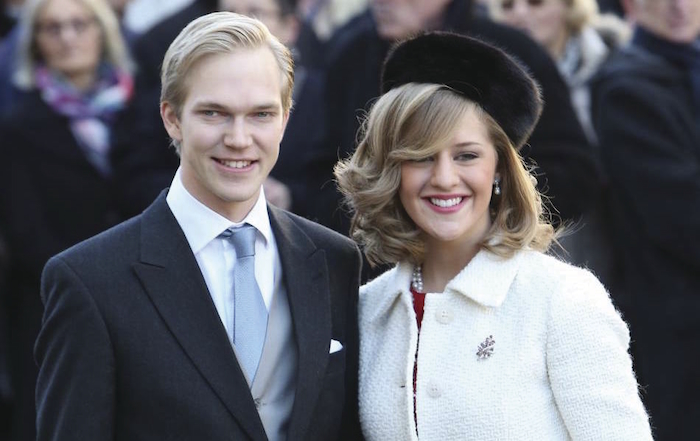 "The second dimension is that he was a man of great political responsibility as the monarch of a huge empire and head of its army in the middle of a terrible war, a war he never wanted. When he became emperor in 1916 he made peace overtures to Britain, France, and other countries but his efforts failed because nobody else was ready to make peace. For his efforts he is known as ‘The Peace Emperor’. The church recognized that Blessed Karl was a true statesman; he understood his position was essentially one of service and this is also a powerful message for all those engaged in politics.

"The third dimension is that Karl was a man of God and a man of prayer; despite his sufferings in exile he never lost hope or faith; he was never bitter about his situation. On the contrary he always said that the family had to be grateful for the kindness of the people on Madeira. On his deathbed he uttered another striking phrase, ‘I strived always and in all things to understand as clearly as possible and follow the ways of God’.”

Empress Zita was also known for her personal piety and, in 2009, the process for her beatification was formally commenced and she was accorded the title Servant of God.

Reflecting on his family’s current situation, Imre feels no hankering for the days when the Habsburgs occupied thrones and high offices of state. “We are very lucky to be able to be incognito when we walk in the street; that is a great advantage nowadays that the family can have a private life. Then again, people often ask what the family might think on certain issues, and we always have to be ready to have an opinion, and also to lead by example, to work hard and what we do, to do well. We feel no nostalgia for the imperial era, not because it was a burden, but our family tries to look forward and continues to serve however we can.”

Imre’s wife, Kathleen Walker, or Archduchess Kathleen of Austria to give her royal title, is American and a noted pro-life campaigner. The couple married in 2012 and have two daughters – Maria-Stella, who is four, and two-year-old Magdalena. It was a chance meeting between the couple, and a Galway priest, that led to Imre’s forthcoming visit to the city. 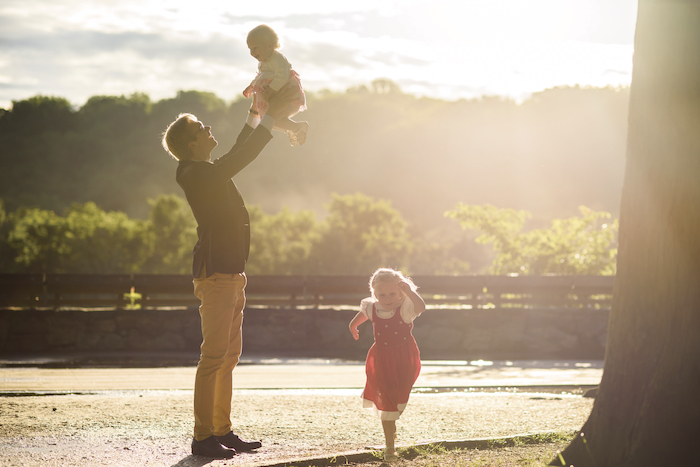 “My wife and I were travelling in Rome a year ago and we met a man from Galway. His brother, Fr Conor McDonough, a Dominican priest who lives in Freiburg, in Switzerland, then came to visit us in Geneva with his brother and mother. We got along very well and they told us a lot about Galway – my wife Kathleen is of Irish descent and is very proud of it, so we are very much looking forward to visiting your beautiful city.”

The ceremony at Galway Cathedral, led by Bishop Brendan Kelly, will take place at 7.30pm on Tuesday August 21 and marks the opening of the World Meeting of Families 2018. Before the ceremony, at 7pm, there will be a talk on Blessed Karl of Austria by Archduke Imre, for those interested in learning more about the saint. “There will be first a short speech before the Mass and I will also bring a relic of Blessed Karl, which will be available for veneration after the Mass,” Imre concludes. “I’m happy to link it to the World Meeting of Families as Karl and Zita have an important message to tell about marriage and the family.”