At long last it is open! More than a decade after it was first mooted, Galway’s arthouse cinema, Pálás, opened its doors to the public last week and early responses have been very favourable.

To mark the occasion, Andrew Lowe and Ed Guiney, the founders and directors of Element Pictures, which operates Pálás Cinema, visited Galway last week and Lowe sat with me to talk about how they got involved in the project and their vision for the cinema, now that it is up and running.

Lowe has been working in the film business since the 1990s. “My first work in film was as a production accountant which is a great way of learning about the process of film-making because everything passes through your hands and you’re the first person hired and the last one off the job,” he tells me. “I then spent two years at the Irish Film Board as head of business affairs and that was like a mini MBA in film finance. One of the films I’d worked on before joining the Film Board was Sweety Barrett, which was produced by Ed Guiney. We started talking about setting something up and that crystallised in 2001 when I left the film board and we founded Element Pictures.”

Element has grown to be a major Irish player in the film world with a portfolio that ranges across production, distribution, and exhibition, TV, and film. The company has been associated with films like Adam and Paul, Room, and Ken Loach's The Wind that Shakes The Barley, which won the Palme D’Or in Cannes, and TV programmes like Red Rock and Rebellion.

“An important early film for us was Laws of Attraction, a big budget US studio movie with Pierce Brosnan that was filmed here, and we were Irish partners on,” Lowe recalls. “That put an injection of cash into the company when things were touch and go. “The Guard was another important film for us; we both produced and distributed it and put a lot of money up to acquire the distribution, rights and the film went on to be a huge success, it was the highest-grossing independent Irish film ever. It was released in 2011 and around that time the Light House cinema had just closed. The success of The Guard emboldened us to acquire the cinema. We re-opened the Light House in January 2012 and that was the start of the next phase in our business which is the exhibiting of films.”

Element’s stewardship of the Light House provides the template for its approach to Pálás. So what is the company's modus operandi as cinema-managers? “We set out to apply to the Light House the same standard of care we applied to films we developed and produced," Andrew says. "We have an excellent team there who work incredibly hard to engage with and broaden our audience. One of the things I’m really proud of with the Light House is that we have doubled its audience since taking it over. We believe there remains a big demand for that kind of communal experience where people can come together to watch a film. That’s why we are so proud to be involved with Pálás because it is such a beautiful building. It’s a cathedral for film and it’s an appropriate place for people to come and see work by great film-makers.” 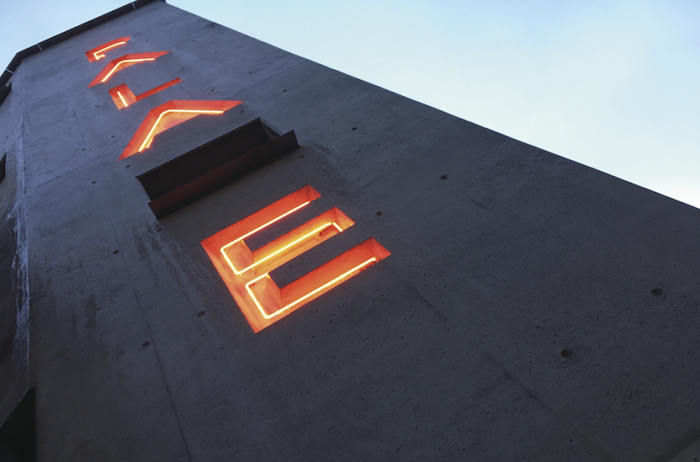 Andrew relates how Element came on board the Pálás venture and stuck with it despite the well-publicised problems which dogged the development; “When Lelia Doolan first contacted us she told us that they needed an operator to run the cinema and they also had a funding shortfall so they would also need that operator to invest in the project. We agreed on that, and Lelia is such a fantastic negotiator she convinced us to pay a lot more than we felt was wise but her energy and enthusiasm was infectious, and we’d already got the bug and we believed this could be a fantastic venue so it was a case of ‘let’s do it’.

'We did wonder whether this was a headache we needed, but there were all those positive reasons to embrace the project and they won out'

"That was the start of our involvement and then after two years the project was clearly in trouble so we sat down with all the funders and agreed a new plan which saw us taking on the responsibility for completing the project. We did have misgivings then because there had been a lot of negative publicity around it and it was frustrating that our role was sometimes portrayed in a negative light in certain parts of the press.

"We took on a greater financial risk and much more resources were required from us in terms of our management time than we’d envisaged. We did wonder then whether this was a headache we needed, but the building is such a stunning, unique building, and Galway is a great city, and a great centre for film, so there were all those positive reasons to embrace the project and they won out.”

Lowe outlines Element’s vision for Pálás; “We follow what we feel our audience wants and we cater for a broad audience. Our opening films – Lady Bird, I, Tonya, and The Shape of Water, are Oscar nominated, quality, auteur-driven films. But there will also be lots of foreign language films and documentaries. We recognise we need to get to know the Galway audience; there are no shortage of opinions being proffered to us as to what movies we should be showing here and that’s great.

"We’ll start with what has proven to be successful in the Light House and then adapt it as we get to know the market better here. Galway and Dublin are different; at the Light House we are just half a mile away from the IFI, Dublin’s other arthouse cinema, and we occupy slightly different niches with the IFI being perhaps more purist and we’re the more commercial arthouse. In Galway there is no IFI so we’ll probably straddle both camps if you like. We’ll do that partly by partnering with Galway Film Society and hosting them, that’s a strand of programming that complements our core programme.”

The bar and restaurant in Pálás are other welcome facilities in the venue making it a space for socialising as well as film-watching. “That’s a very important dimension to it all,” Lowe agrees. “It’s almost the part of Pálás that I have most trepidation about and most excitement about. It’s an area of the business that we have the least experience of, we do have a great café in the Light House though our bar there is really a pop-up bar, whereas here we have a proper bar and restaurant. They’re the heart of the building; and a lot of the life in the building will come from those spaces. We’ve been working with Seamus Sheridan in designing the menu that is healthy, simple, and good quality food.”

“It’s really important to us that the Pálás is embraced by as wide a range of Galwegians as possible,” Lowe concludes. “We don’t want people to think it is some sort of ivory tower or about high culture they’re not part of. We will work hard on the schools programme to encourage teachers to bring schoolchildren from both junior and senior cycle into the building and I think children will take pleasure from exploring it; it’s an amazing, playful, space with so many angles, nooks, and crannies. People are welcome to come in and look around Pálás and we hope everyone here will come in and appreciate it for what it is and hopefully stay and watch a movie.”