The incomparable Frankie Gavin was recently announced as the winner of the prestigious TG4 2018 Gradam Ceoil Traditional Musician of the Year Award - an accolade that marks the culmination of an eventful year for Gavin, and the Gradam Ceoil gala concert and award ceremony in Belfast next February, is an early highlight in a year that also promises much.

“The past year has been wonderfully diverse in lots of ways with different musicians coming and going,” Gavin tells me when we meet over a Friday afternoon coffee. “Getting this award is a great honour, I’m really chuffed – it’s always nice to be recognised. During the year I also got back in touch with Alec Finn; we’d not been in contact for 14 years but that is in the past and that was a remarkable end to this year.

"We’ve played the Cork Folk Festival and the Ennis Trad Fest and there are more gigs lined up next year. It’s like things have gone full circle. I had a great five or six years playing with amazing musicians like Barry Brady, Colm O’Caoimh, Dan Bogwell, and Bernardine Cassidy but both Colm and Barry have decided to take time out from music to do other things. It was sad for me to see that band coming to an end but it has given me an opportunity to put a new group together.” 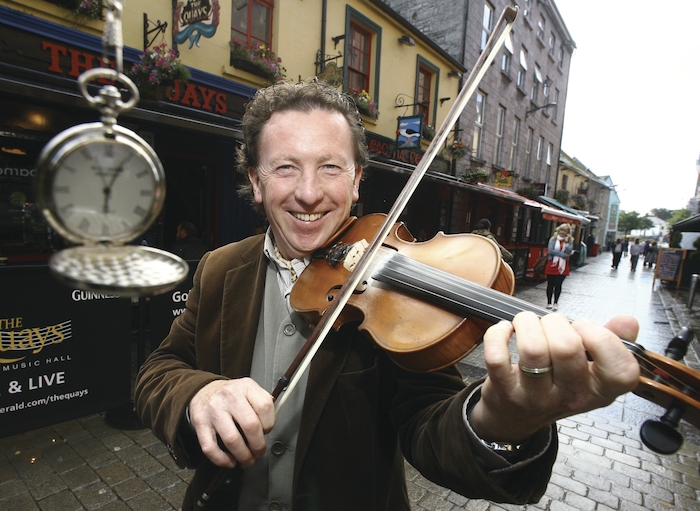 Another highpoint in 2018 will be the premiere in Monaco of Gavin’s The Princess Grace Symphonic Suite. “I’m half way through writing that at the moment,” Gavin reveals. “It will be conducted by Colman Pearce and arranged by Carl Hession and Colman. It will be performed with the Monte Carlo Philharmonic Orchestra on June 29 in the Prince Rainier Auditorium.

"I first met Prince Albert about seven years ago and a few years ago I said to him that it would be nice to have a piece of music celebrating the life of his mother Princess Grace and he thought it was a wonderful idea. I’m very excited about the piece because it’s a huge event in the sense that I’m writing it and it will have a classical feel to it but also a nice Irish feel.”

Gavin was born in Corandulla in 1956 where his father JJ ran a bar. While both his parents played fiddle, and his father even taught Frankie a few airs, it was at the urging of his elder brother Sean that he started taking the instrument seriously.

“When I was 10, Sean – who was already a well established accordion player - said to me ‘I think you should play the fiddle’,” Frankie recalls. “He gave me this really difficult reel to learn and said ‘you might as well be learning a hard tune because everything else will seem simple afterward’ –and he was right. Sean had great influence on De Danaan’s choice of material sometimes, for example 'The Arrival of the Queen of Sheba' would never have dawned on us.

"It was Sean who said ‘That’s a beautiful piece of music, and it’s in the key of Eb as well’ – that was the key we usually played in. I saw that it would be a lot of work because I don’t sight-read music. I was wondering how I’d do it and then I thought 'Aaah!! I’ll get Mairtín O’Connor to do it!” [laughs]. Mairtín has an analytical mind and he learned it in sections then taught it to me in sections and we glued it all together and that’s how it came about.”

Despite both brothers being fine musicians it was not until Frankie’s 2001 album, Fierce Traditional that they recorded together. I ask why it took so long. “I wish he was here so you could ask him that!” Frankie replies. “Sean is a fantastic accordion player and he has great tunes. Why he hasn’t sat down and recorded an album of his own is a mystery to me –but it wasn’t for the lack of me pushing him. I thought that album with me would have given him a bit of a kick start, but no!”

An ardent fan of the great fiddlers of the past, Gavin has a vivid story of once visiting Tommy Potts; “I’ll never forget that experience of sitting in Tommy Potts’ sitting room on a Sunday morning as he was playing this extraordinary music I was captivated, enraptured. I suddenly felt my face was wet and it was only then I realised I was actually crying just from this huge emotional moment.

"My father JJ was an emotional man and I think I got that gene in my system as well. You can’t help it, if you are an emotional person then you’re an emotional person. If it is an expression of how you feel you can’t hold it in. I was also talking about Tommy Potts recently for 'Sé Mo Laoch' and I choked up again. I don’t listen to him every day of the week but he was extraordinary; there was something about Tommy Potts that was connected to somewhere powerful, there was some spiritual thing going on.”

Gavin will also be doing a tribute gig to two of his favourite musicians next month. “I’m very taken by the Irish music of the 1920’s and I’m doing a tribute to the Flanagan Brothers at the Temple Bar Tradfest in Dublin Castle on 27th of January,” he states. “I’ll be playing with Martin Murray who’ll be copying what Mike Flanagan did on banjo, and Emma Corbett who is a phenomenal melodeon player - they are both from Waterford, as were the Flanagans - and some very interesting guests. We’ll try to capture the atmosphere of the Roaring Twenties and of the Flanagan Brothers in particular; we’ll have visual effects as well as everything else.” 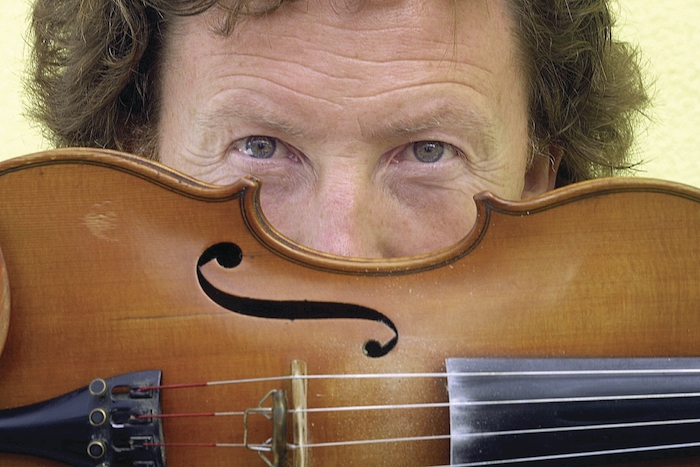 Frankie will always be thought of in terms of the brilliant partnership with Alec Finn which was the mainstay of De Danann for so many years. Was there an immediate musical chemistry between them? “There was, absolutely,” he asserts. “We first met at the sessions in Hughes’s pub every Sunday morning. Alec would ramble down to them from Lord Killanin’s gate lodge, which he was minding.

"Johnnie McDonagh, Charlie Piggott, and myself would congregate there for the Sunday morning session. That’s how we all first got together. Phil Callery from the Voice Squad was running the Neptune Rowing Club in Dublin at the time and he invited us up to play so we did and that was our first gig. It was an extraordinary time, we just couldn’t get enough of playing, we’d meet three or four times a week for sessions and people couldn’t get enough of it either. It’s been an exciting journey ever since and still is.”

Gavin has also enjoyed starry musical collaborations with the Yehudi Menuhin, Stephane Grappelli and the Rolling Stones; “They all impacted on me in different ways,” he observes.

His three adult children are all resident in the US and I ask if any of them has pursued a musical path; “They’re all very musical,” he tells me. “My youngest, Ronald JJ (named after his two grandfathers ), got a scholarship into Carnegie Mallon music school in Pittsburgh. He is a fabulous, singer though where he got it I don’t know because there were no singers on either side of the family. My daughter Ruby is doing Irish Studies in New York and my eldest, Julian, is in California where he is a massage therapist. He is a very good fiddle player but he won’t play it, strangely. I remember once giving him a really awkward hornpipe to learn, just like Sean had done with me, and he had it off in about five minutes, it was ridiculous!” 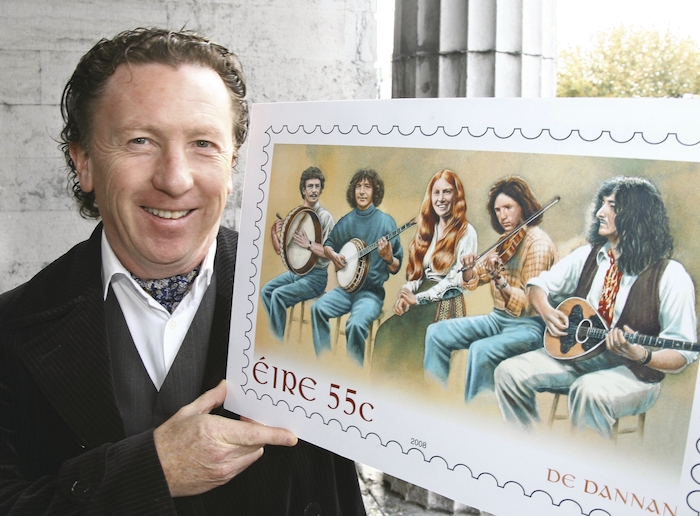 Finally, now that there has been a rapprochement between Frankie and Alec Finn, what are the chances of the duo recording together again? “I’d love to,” he declares. “If some record label gave us a few bob to do it we’d do it in a heartbeat. Everyone likes to get paid. It’s remarkable how if you play traditional music some people seem to think you’re happy to do it for nothing but we need to live like anyone else! It would be nice to follow up on what we’ve done before.

"We did the first fiddle and bouzouki album back in 1977 and we did the whole album in an afternoon and we could easily do that again. It’s like a hand in a glove; we understand each other where we’re each coming from. Alec’s playing makes me play in a particular way that I would only play with him. It would be nice to record together, I’m glad that the rift is over and the past is the past.”