A dog may be man’s best friend but the charity MADRA (Mutts Anonymous Dog Rescue and Adoption ) is often a dog’s best friend here in the west of Ireland. Throughout the year MADRA finds new homes for hundreds of unwanted, neglected, abused, and abandoned dogs.

Since its formation in 2005, MADRA’s work has seen the euthanasia rates of abandoned dogs in Galway fall from 83 per cent to eight per cent, and earlier this week I met MADRA general manager, Jonathan Kent, who filled me in on the canine charity’s activities.

From Salthill, Kent has been with MADRA for exactly one year. He tells me how he came to the role; “I did an economics degree in UCD which I finished in 2005. From there I set up and ran a couple of businesses and that experience helped me get the job with MADRA. One day I was browsing the internet and saw that MADRA were looking for a general manager. Given my own love of dogs, and with the job being based in Furbo - I live in Barna - it seemed a perfect fit. I was lucky enough to be offered the role. I started in February 2017 and I’ve been loving it ever since.”

Kent’s love of dogs started early in life and his current pooch came courtesy of MADRA as he warmly relates; “My first dog was a Yorkshire terrier called Tammy. I was five when she came into our lives and we had her for 16 years. She was a big part of my growing up. Lulu is our current dog. She’s only four months old. She was rescued near Spiddal and dropped into MADRA’s Furbo shop one cold wintry evening. Over the past year I took in puppies when we were stuck for foster homes; Lulu was the 16th puppy I had fostered and it was getting harder and harder each time to say goodbye to one. My kids took a particular shine to Lulu so she has been with us ever since.”

Jonathan outlines MADRA’s history and modus operandi; “MADRA was set up in 2005 by Marina Fiddler and Tara Nic Dhiarmada, two dog trainers from Connemara. They decided to tackle the problem of abandoned dogs in the west of Ireland by rescuing and re-homing those dogs. MADRA gets dogs from the Galway City Pound, Mayo County Pound, and ‘private surrenders’ from individuals who, for whatever reason, can no longer look after their dogs.

"Once the dogs come in to us they’re put in our kennels. We also have many foster-carers who are extremely important because they can offer dogs a home environment. The first step is the dogs will, if necessary, be micro-chipped, neutered, and vaccinated. A lot of dogs we get have been abandoned so they have to be vaccinated to ensure they don’t spread any disease in the kennels.

"The dogs will be assessed by our staff who will identify suitable homes for them. Through our website, people come forward offering homes, and there is an adoption and fostering questionnaire on the site’s re-homing page. That can be filled out online and it goes straight through to the MADRA re-homing team. If they find a likely new home they’ll phone them back and we always do our best to match up the right dog with the right family, based on factors like family size and ages, type of garden, how often people are home during the day, and if there are other animals in the house. We take in 800/900 dogs every year and I’d say we have a 95 per cent success rate in matching homes with dogs. We’re proud of that. 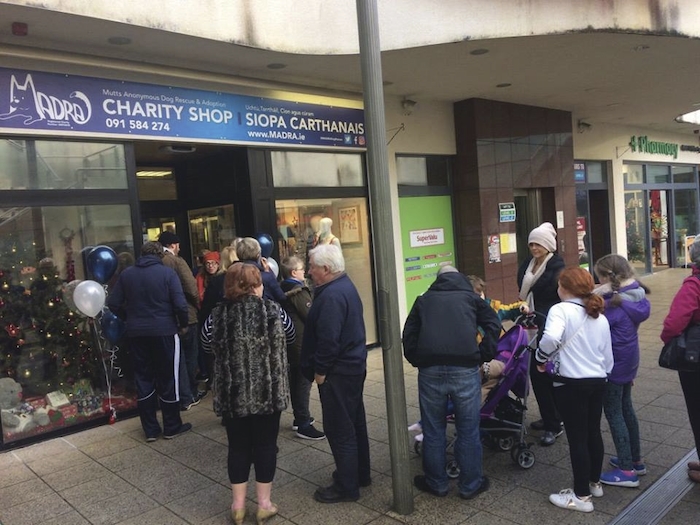 "We’re at 100 per cent capacity all year round as regards taking in dogs. As of today, our kennels at Camus hold 36 dogs and we also have 79 dogs out with foster homes. Last year we took in about 250 private surrenders and that figure could be much higher based on the number of calls we get; we just don’t have the space to take every one we are requested to do.”

Kent emphasises the importance of micro-chipping; “We often have people ringing us looking for dogs they have lost and they say their dogs aren’t micro-chipped. It’s a simple procedure and it doesn’t cost a lot of money. The first thing we do with any dog that comes in to us is give it a MADRA microchip with our details on it so if those dogs were ever to go missing they could be tracked back to us and we can then contact the owner. It is a simple tool and it is also mandatory, so dog owners should definitely do it.”

Just over a week ago, MADRA suffered a big setback when its van was in a bad crash. “It happened on Tuesday morning of last week,” Kent tells me. “Our driver, Bill Smith, was driving two dogs to the vet and, outside Oughterard, he hit a patch of black ice and crashed. The dogs weren’t hurt, though Bill did need 14 stitches in his arm. However, the van was a write-off so we put an appeal on social media to raise funds toward a replacement. In five days we’ve got over €5,000 which is a fantastic response. It shows the amount of support we get from ‘the MADRA people’ out there.

"Since the accident Frank Byrne’s Garage in Oranmore, Bradley Motors, and Europe Car have all offered to sort us out with replacement vans for the next few weeks until we get a permanent new one, and several other dealers have been in touch about helping us get that. All the support we get blows me away; working for MADRA puts a smile on my face every day!” 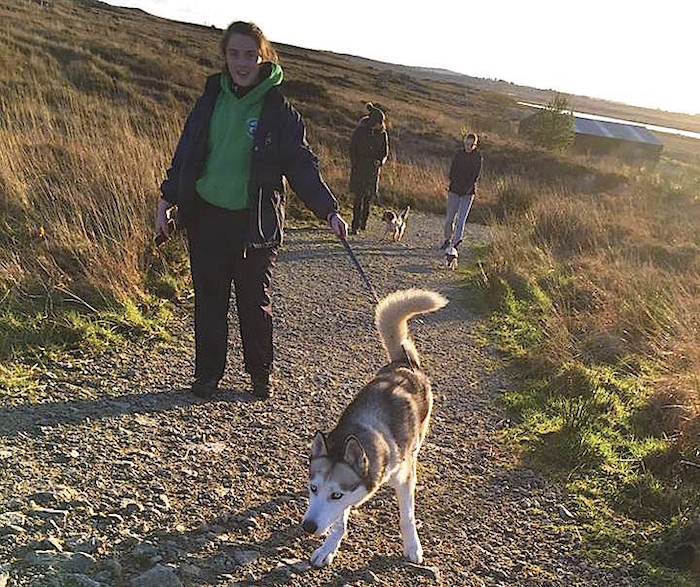 One notable supporter of MADRA is Damian Browne who recently made headlines when completing his epic solo row across the Atlantic. “Damian is a big supporter of MADRA and has done numerous fundraisers for us,” Jonathan tells me. “We were all watching him come into Antigua live on TV at the end of the Talisker Atlantic Challenge voyage. Seeing him come in was very emotional for us all. We’d been following his updates on Facebook, it was incredible what he went through. I’m in awe of his achievement and also what he has done for MADRA. We are one of his three designated charities and he raised over €55,000 from this voyage. We all congratulate him for his amazing feat and all he has done for us.”

As with every charity, MADRA relies heavily on donations from the public, with running costs of more than €180,000 a year and Jonathan concludes by highlighting the importance of MADRA’s shops; “We rely so much on our charity shops in Moycullen, Furbo, and Westside. Without the income of these three shops MADRA would not survive. So I’d like to send a massive ‘Thank you’ to all the staff that run the shops as well as all the donations that we receive.”

As we take our leave, Jonathan reminds me that one date MADRA friends should mark in their diaries is May 17, which is when this year’s MADRA Dogathon takes place, the charity’s fun family day fundraiser. Stay tuned to MADRA’s website, Twitter, and Facebook pages for more details as they are announced. Woof woof!