MIKEY AND CASEY are stuck on a roof, hoping the gardaí will stop circling the house. Yet, 20 feet up in the air they find some truths cannot be climbed down from.

This is John O’Donovan’s award winning play, If We Got Some More Cocaine I Could Show You How I Love You, which will be staged by One Duck theatre company in The Mick Lally Theatre, Druid Lane, from Thursday February 8 to Saturday 10 at 8pm.

A working-class love story of small dreams and big hopes, it charts two young men's journey as they smoke, drink, and snort their way towards discovering love, even when oppression kicks them from all angles. TimeOut said it was "fizzing comic timing...The dialogue pops and crackles with rude affection". 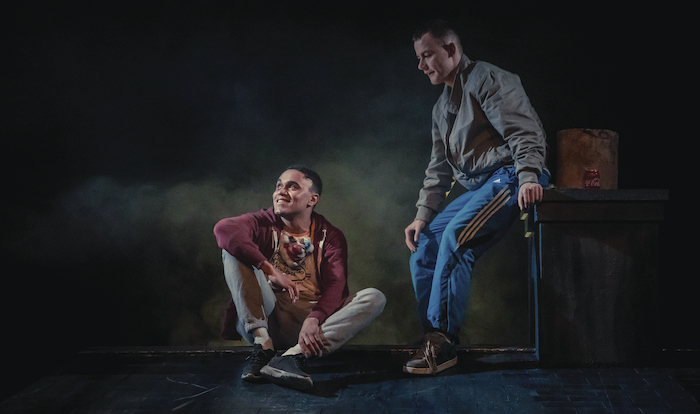 Speaking about his inspiration for the play, O’Donovan said: "I loved imagining my hometown of Ennis from that rooftop angle. It seemed significant that these characters, that many see as lowlifes, were being raised up, and from there could see further than most, but now had no way of accessing the paths they could see. That seemed a good metaphor for what it was like to grow up poor, to always be at risk of being left behind by people who can routinely afford to go on to better things. You see them succeeding, but you’ve no idea how to get going on the path they took."