HAVING SEEN out 2017 with a very fine production of Will Eno’s Middletown, Sarah O’Toole’s Galway Actors’ Workshop ushers in 2018 next month with the Irish premiere of Lucy Kirkwood’s NSFW.

Much of the play revolves around the office politics of a laddish, soft-porn, magazine, Doghouse. When the mag publishes a photo of a buxom teen who turns out to be underage, editor Aidan embarks on a ruthless battle to save Doghouse from going under. NSFW (“not safe for work” ) is a hilarious black comedy about power, privacy, and the prospects of overqualified graduates in the world of recession-hit media.

NSFW premiered at the Royal Court in 2012 yet its exploration of topics like sexual exploitation, gender relationships, and office bullying is more topical today. The play sharply explores the economic desperation that drives decent, intelligent, people to sacrifice their principles.

While her name is unfamiliar to Irish audiences, Lucy Kirkwood is one of the leading wave of young British playwrights. Her 2009 play It Felt Empty When The Heart Went At First But It Is Alright Now was joint winner of the John Whiting Award, while Chimerica won Best New Play at the 2014 Olivier and Evening Standard awards, as well as the Critics Circle Award, and the Susan Smith Blackburn Award. Her play The Children opened on Broadway last month. 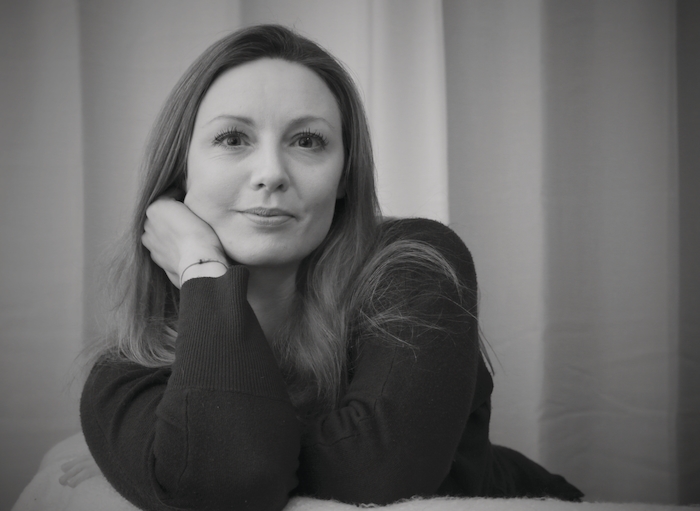 “Lucy Kirkwood is a very topical writer,” agrees director Sarah O’Toole. “I’ve read two of her other plays; Chimerica is a really ambitious and interesting play examining the relationship between the West and China and China’s rise as a global power. NSFW has a feminist lens but she doesn’t go the obvious route which I like. She writes about big themes and Chimerica is not a feminist play.

"Another wonderful play of hers I’ve read is It Felt Empty When The Heart Went At First But It Is Alright Now which is about trafficking. The play has great roles for Eastern European women and women of colour. Kirkwood really gets into the lives of people who are caught within a system and she doesn’t give easy answers, she shows how they both support and wriggle within that system. In NSFW, I love how she looks at the plight of young people in late capitalism and how they have been sold out by the previous generation to the point they cannot afford to have any morals or principles.”

The play comprises three short acts, with the final act moving from the testosterone-heavy milieu of Doghouse to the office of women’s mag Electra, yet here one also encounters bullying from editor Miranda.

“That’s the genius of the piece!” O’Toole declares. “It takes on the obvious targets first and excoriates them. If you left the play after the first two acts you’d assume it was only targeted at that male culture but the big surprise, and what makes Lucy Kirkwood a strong feminist voice, is that she can take apart both sides of the equation and show ways in which women oppress themselves or how they create the conditions for men to oppress them. Charlotte, the only female staff member at Doghouse can’t afford to show how clued-in and clever she really is, it’s quite interesting. Yet she does have more power in the office than Rupert, who’s upper class.” 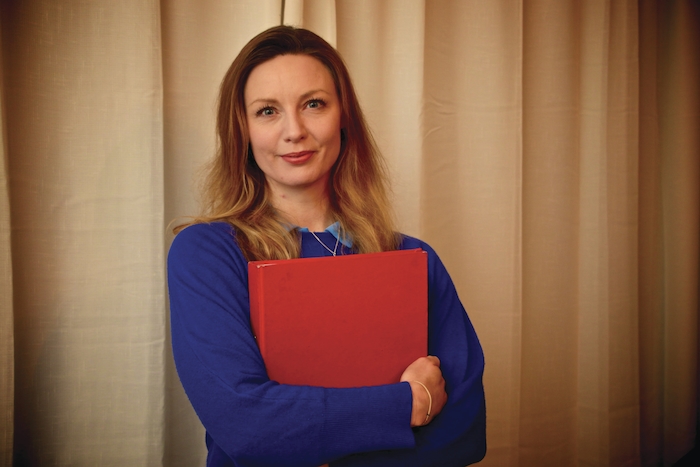 A key scene is the battle of wits between Aidan and Mr Bradshaw, the indignant father of the teenager whose topless image was published by Doghouse. “Aidan does not necessarily like what he has to do to Mr Bradshaw but he feels he has to do it,” O’Toole observes. “It’s hard to locate where the real power is coming from. Later on, Miranda is as much a victim of the power that she wields as its wielder. What’s also beautiful is the script sets up moments of great visual impact. So you have this poster of a semi naked, supposedly 14-year-old, girl on the office wall for the first act of the play. The audience are left to confront the implications of that and then the play ends with a picture of Emmaline Pankhurst. So what visually happens onstage asks provocative questions and that is a real strength of the play.”