Gourmets of Galway have an exciting year in store as the city and county have been chosen as the 2018 European Region of Gastronomy - the first time the award has gone to Ireland.

Last Thursday, at the Hotel Meyrick, I sat down with programme co-ordinator Elaine Donohue and the Galway County Council’s Alan Farrell, one of the programme’s four executives, to hear about their many exciting plans for the coming year.

Alan first outlined how Galway came to win this prestigious designation. “We started the journey in September 2015 with a workshop in the Salthill Hotel to determine if the local community and various stakeholders wanted to go for the European Region of Gastronomy Award,” he says. “There was a turn-out of over 100 people and they were very supportive of the idea. They saw it as not just a lead-in to the 2020 Capital of Culture but as an opportunity to develop key areas and initiatives around the food sector.

"At that meeting five priority areas were decided upon - supporting SMEs and innovation, health and education, cultural diversity, linking urban and rural, and sustainability. That commenced the process and then Galway County Council, as a lead partner, along with Galway City Council, GMIT, and Teagasc, went through the whole thing in terms of engagement with all the various stakeholders and developed a number of projects for the bid book that we want to deliver as European Region of Gastronomy.

"The EU adjudicators were impressed with the strength and innovation they saw within the food sector here, the strong artisan presence, and the links with agriculture and marine in the area. We have worked with stakeholders across the public, private, and educational sectors and an area that is very strong in Galway is community. The programmes we are delivering build on all those key players. The enthusiasm shown by community for the Gastronomic Heritage Project with our heritage officer Marie Mannion has been phenomenal and the amount of data that has been collated will be a fantastic legacy out of this year.

"Another major legacy will be the Food Innovation Hub on the Teagasc campus at Athenry. Because Galway is strong from a cultural perspective, we want to showcase how food permeates our cultural activities in the city and county. Food is very much about bringing people together and we have a great tradition of celebrating with good food and good wine and good company. This isn’t just about 2018 it’s a tool to rejuvenate areas from an economic, social, and cultural perspective.”

Elaine Donohue is from Kilbeacanty just outside Gort, where her family has a dairy farm. Her wide-ranging “foodie CV” includes stints working with Lidl and Brady Family Ham as well as a Bord Bia fellowship based in London. Galway’s Region of Gastronomy award gave her the welcome chance to return to the west and apply her extensive experience in implementing the programme.

“We have a wide range of activities for 2018,” she tells me. “Our overall theme is ‘From the Ground Up, Feeding our Future’ and it’s all about sowing seeds. We have a one-year plan, a three-year plan, a five-year plan around developing our future. Within the main theme we have five strands and each of our four partners are championing one of them. 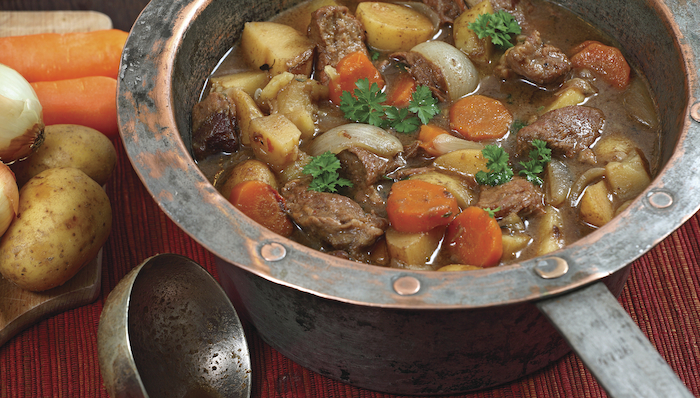 "GMIT are championing ‘Education and Health’; Galway City Council, supported by the County Council, are leading ‘Linking Urban & Rural, Cultural Diversity’; ‘Sustainability and Feeding the Planet’ is being led by Teagasc; and ‘Supporting SMEs and Innovation’ is being led by the county council supported by city council. Across the year we’ve identified a number of flagships; some of them are existing events and some are new but they’re all going to champion one of these themes and showcase the best of what our region has to offer.”

Elaine expands on some of the individual events and initiatives. “One of our collaborations is with the Irish Hotels Federation, whose Connacht branch got involved along with the Restaurants Association of Ireland," she said. "They are providing a joint showcase of local chefs from each of the hotels and also local producers. It’s a night where the full hospitality industry will be present. The idea is to get small businesses working together more.

"As part of that we’ll be pushing our Food Charter which people can link to on our website but we’re asking hotels, cafés, pubs, restaurants, to join up as well as part of the Region of Gastronomy and to feature a dish each month on their menus that is entirely locally sourced and also to have their menus comprise 30 per cent of local produce.

"We want our service industries to champion local suppliers throughout the year. And it’s not just about food, gastronomy is a much broader picture. A critical part of the programme is the education strand involving young children and that will involve different projects like getting them to grow their own vegetables, visiting farms [on both land and sea – oyster farms for instance]. We want to heighten awareness of the quality of product we have, and to engage our farmers as well in this enterprise.”

The Year of Gastronomy officially launches on St Brigid’s Day, at the start of February. As Elaine points out, it is also "the old Celtic feast of Imbolc, ‘in the belly’ so that’s why we’ve chosen it for our launch date,” Elaine explains. “Looking ahead, on St Patrick’s Day throughout the city and county we’ll celebrate food and gastronomy, asking the city, towns and villages to take on events around either the smaller themes or overall theme of the Gastronomy year.

"The programme is about farmers, fishermen, food producers, hospitality, businesses, health workers, and teachers, so we have a huge array of stake holders and it is about championing food and culture and how they interlink. Around Easter there’ll be Galway Food Festival who do a fantastic job of championing all our themes. Good Food Ireland will be bringing some 500 delegates to NUIG for a conference at the end of April. Other events include Seafest in the summer, a sheep and food gastronomy event with Teagasc in July, and lots of other big international seminars and conferences which will highlight and showcase Galway and all it has to offer.”

Alan adds: “Some events will be geared to the public, others will be geared toward trade bodies, others will be community based so it there’s a broad range. Our website, www.galwaygastronomy.ie, has more information and details of all the events. Food tourism is evolving and we can use this Region of Gastronomy programme to extend the season and create local employment. While economic side was a big driver, we are also strong on social inclusion and culture so all that will feature. 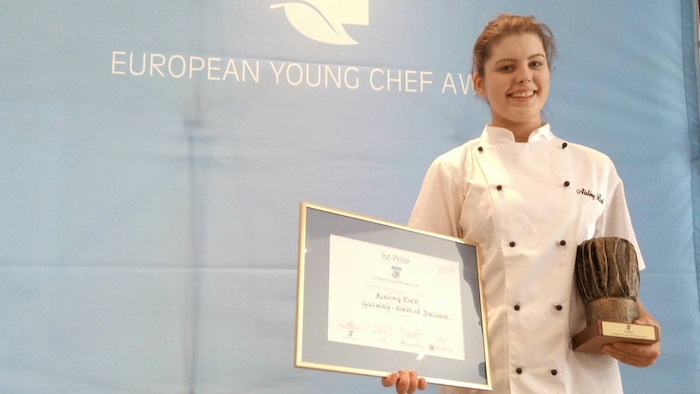 "We’re also going to holiday shows in Belfast, Dublin, and Limerick organized through Galway County Council and bringing members of trade and community based business groups to highlight Discover Galway and promote the region like the Wild Atlantic Way food tour and Connemara pub tours, so it’s all about growing the knowledge domestically and internationally of Galway for its food and as a destination.”

Galway’s year as European Region of Gastronomy was given an early boost when, last October in Barcelona, 21-year-old Gort chef Aisling Rock [pictured above] won the European Young Chef award. “Aisling was the only female finalist in the competition,” Elaine points out. “Galway has now won the bid to host the EuropeanYoung Chef awards for next year and that will be in tandem with the European Platform as well. All the other gastronomy region winners from 2016 to 2021 come here next November for a three day conference across the city and county so that’s a big fillip for us to host.”

So, a scrumptious feast of food-centred treats await Galway in the year ahead. Tuck in!