It is the early 1990s, and 16-year-old Erin Quinn (Saoirse Monica Jackson ) is used to hearing all about her locality in the news, and used to seeing the RUC in armoured Land Rovers and British army check points. Yet its also the time of Nirvana, The Cranberries, bomber jackets, The X Files, and Wayne’s World. Warm, funny and honest, Derry Girls brings us into the everyday lives of ordinary people living in extraordinary times.

Among the cast of Derry Girls is Galway actress Nicola Coughlan, who plays Erin’s friend Clare. Last Friday, the morning after the series’ first episode aired, I caught up with her to chat about the show and how she landed the role.

Coughlan was in high good humour when we spoke as the early responses to Derry Girls were hugely enthusiastic. “We just got our viewership numbers from Channel 4 and we were watched by 1.6 million which is great,” she tells me. “It was also the number one trending topic on Twitter in both Ireland and the UK so the response has been really positive. We filmed it all last year, so to me, it feels so long since we did it, and it is lovely to have people loving it as much as we do. I’m on Cloud Nine this morning!” 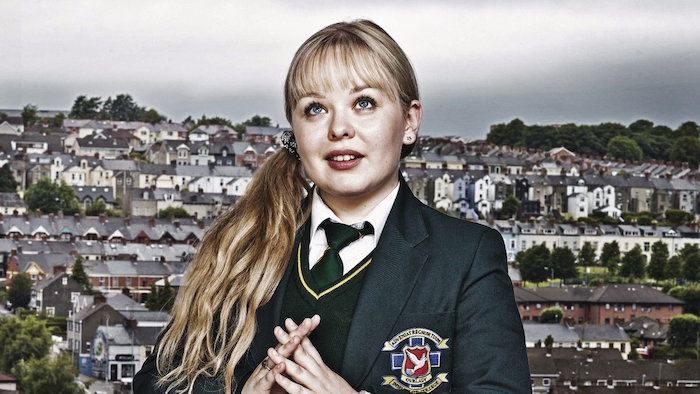 Nicola grew up in Oranmore and studied English and Classics at NUI Galway where she often featured with Dramsoc. Her love of acting began in childhood; “I’m the youngest in our family which was full of big personalities so you had to do something to stand out. That was perhaps the seed of my love of acting,” she recalls. “I also remember seeing my older sister in a school play and thinking ‘Wow this is amazing’. I was only six and went to see the play wearing my mum’s old sequined waistcoat from the 1960s; my sister probably saw this sparkling child in the audience looking at her! From then on I was determined that acting was something I wanted to do.

“My favourite things in school were the musicals and plays. I never had very big parts because I wasn’t a great singer but whenever I could be involved I absolutely loved it. My brother bought me a video camera when I was a kid and any time my friends came over I’d film them and have them star in my home movies or we’d recreate episodes of Friends and scenes from our favourite films, so acting was a constant thing when I was younger.”

Following her time in NUIG, Nicola trained at both The Oxford School of Drama and Birmingham School of Acting. “I absolutely loved my time in Oxford and Birmingham,” she declares. “Applying to them is difficult and I don’t envy anyone trying to do it. When I got to Oxford it was like I had found my childhood dream, some of the people I met there are my best friends still. It was an amazing experience getting to do what I had always wanted to do, it was brilliant.”

In 2004, Nicola made her screen debut in Tom Collins’ short film The Phantom Cnut. “I made that film so long ago!” she exclaims. “It was quite controversial at the time because of its title. That was my first short film experience and it played alongside Mark O’Rowe’s Intermission so it got good exposure.”

Nicola’s stature is petite and reviewers of her early stage roles noted how this enabled her to play much younger characters (she is several years older than Derry Girls’ Clare for instance ). Did she ever find her height a disadvantage? “Not really,” she replies. “I find when you meet actors they’re often smaller than you think they are; it’s like being in Lilliput [laughs]. It’s enabled me to play younger characters and if you want longevity in your career, which I hope to have, that is actually an advantage.”

Nicola’s point regarding longevity is well made, especially when one recalls that a veteran like Judi Dench is barely a spit over five feet. Longevity also requires both persistence and luck, and it was in 2016 when Nicola got the big break which would lead on to Derry Girls. It came during a lean period, as she recounts. 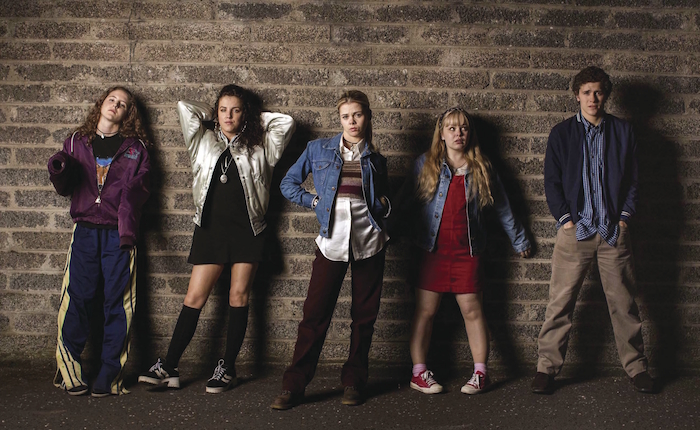 “With acting it can be so difficult to get a break and I came close to giving up. I had moved back home from London then I heard from the Old Vic that they were looking for actors for open auditions for a festival at the theatre. I flew to London for the auditions and they saw about 1,500 young actors and they picked seven of us, and I was lucky enough to be one of the seven. I was cast in an amazing two-hander play called Jess and Joe Forever by Zoe Cooper. We performed it at the Old Vic and then it got picked up and had a run at the Orange Tree theatre in west London and I got nominated for an Off West End award for Best Female performance and it got nominated for Best New Play. Jess was a very different role to Clare in Derry Girls but I enjoy playing different characters and I’ve been lucky so far in getting to do that.”

Nicola goes on to relate how she got cast in Derry Girls; “I’d never even been to Derry before shooting the series! I signed with my agent Curtis Brown when I did Jess and Joe Forever and my first audition after signing with them was for Derry Girls. I was still touring with the play when I read for the series. They sent me the script and I remember reading those first few lines of Clare’s where she says ‘I’m not going to be an individual on my own’ and I could see straight away that the script was absolutely brilliant. 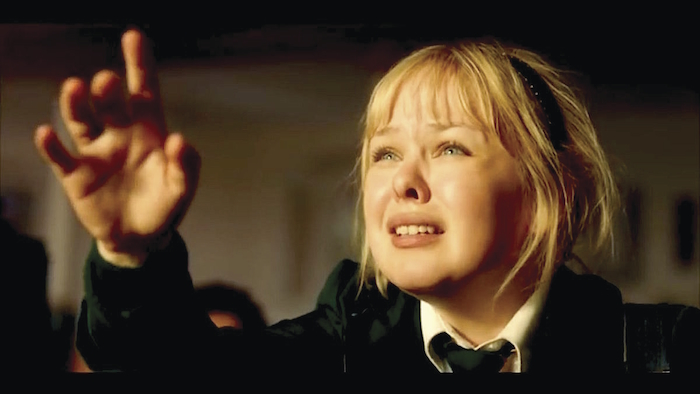 "There was a six month audition process and Karen Strong, our casting director who’s won an Emmy for Game of Thrones, is really good at matching people together. What was important to them was that the girls really seemed like a group of friends who had known each other since they were kids. It was a long process but I ended up being cast in it. I was told last February that I had the part but I had to keep it secret until July!”

All the characters in Derry Girls are colourful and true to life (and the cast also includes Galway-based comic Tommy Tiernan ); “The characters are based on real friends and acquaintances of the writer, Lisa McGee, and they are all 3D characters,” Nicola observes. “As an actor when you get a script like that it’s almost as if your work is already done for you, you know who these people are. It felt so true to me.

"A lot of female roles on screen can be one-dimensional, you don’t really believe in them, but Derry Girls reminded me of how me and my friends were as teens and it was so great getting to play characters like that. It was such a joy working on it, I can’t tell you how much. Myself and the other Derry girls all lived in the same apartment block during the shoot and it just felt like a big sleepover with us all there together. We’ve all become close friends and we talk to each other every day on the phone and went back to Derry for Halloween. It was so much fun making the series.”

How would Nicola describe her character, Clare? “Clare is the clever one; she’s a nerd but not a nice nerd!” she replies with a laughs. “She’d kill her friends and family just for a better grade if she had to. She’s more than willing to sell her friends out, as you see in the first episode where she happily tells on them to avoid herself getting into trouble. She’s really fun to play. When I read the script I knew exactly who Clare was, I had my own Clare in school as I’m sure everybody does!”