AKUAMKON - GALWAY'S annual celebration of anime and manga, and Japanese culture - returns for its eighth year, with this year's special guests including Josh Grelle, an American voice actor on Attack On Titan, and Hirokazu Yashuhara, best known for his work on the Sonic the Hedgehog games.

The festival, a non-profit convention, is run by students from the National University of Ireland Galway, and takes place on Friday January 19, Saturday 20, and Sunday 21. It will also feature appearances from Luce Cosplay and Thelema Therion Cosplay [pictured below], as well as Super Eyepatch Wolf, a popular anime reviewer on YouTube.

Also coming to Akumakon 2018 is resident guest Masako X of TeamFourStar, a voice actor featured in many popular fan-dubbed anime on YouTube, such as the Dragonball Z Abridged series. The festival will also feature costume contests for cosplayers; panels and workshops with the various special guests and by members of the anime community; signings, meet and greets, and photo opportunities with the event's special guests; and screenings of popular anime series and movies. 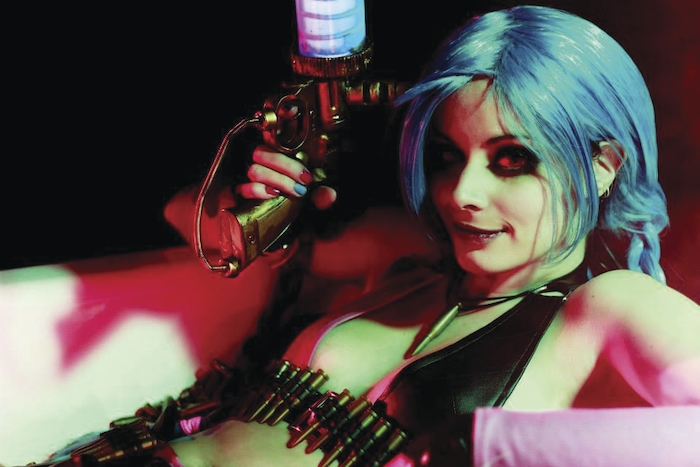 The Wa Café will also be serving authentic Japanese food, and there will be a trade hall with traders from around Ireland and Europe, with merchandise from anime, manga, video games, and comic books. Akumakon 2018 will also feature an 'Artists Alley' with displays of original drawings, posters, and prints. There will also be video game and card game tournaments, art competitions, and musical performances.

The weekend will also see a charity auction. Akumakon 2017 raised funds for both the Japanese Red Cross and Cancer Care West, raising more than €3,000 in total. Last year's festival was the largest and most successful to date, with more than 1,000 attendees. The organisders are hoping Akumakon 2018 will be "bigger and better than ever. It promises to provide these new fans an event where they can meet like-minded people and experience a celebration of not only the media and art of anime and manga, but of the wonderfully vibrant Japanese culture as a whole."