The Ghosts Of Galway, Ken Bruen’s 13th Jack Taylor novel, has just been published and to mark its arrival Bruen met me in the Hotel Meyrick last Monday to range widely over his eventful life and acclaimed work.

Bruen has published 37 novels, a number of which have been filmed, including nine of the Jack Taylor series, yet he grew up in a ‘bookophobic’ household. “I was born just there, in No 9 Eyre Square” he says, pointing out the hotel window toward the building in question. “I lived there 'til I was 10 years old when we moved up to Newcastle. I remember my father putting me up on his shoulders outside O’Connell’s pub to see JFK as he passed by on his visit here in 1963. There were no books in our family aside from the Bible. When I told my father that I wanted to be a writer he asked ‘Why don’t you get a job that is respectable’.”

Bruen’s passion for books and crime fiction was triggered by a fateful gift. “A wonderful man called Tom Kennedy gave me a library card when I was 10 and it opened a treasure trove for me," he says. "One day I noticed in one corner of the library, were all these American paperbacks someone had donated by the likes of Jim Thompson, Raymond Chandler, and James M Cain. I asked the librarian could I borrow them and she said ‘Take the whole box, nobody wants them.' Those books formed me as a writer; that’s where my writing background is – not Joyce or Yeats but the Americans. When I started writing The Guards I wanted to write an Irish crime novel with an American style.” 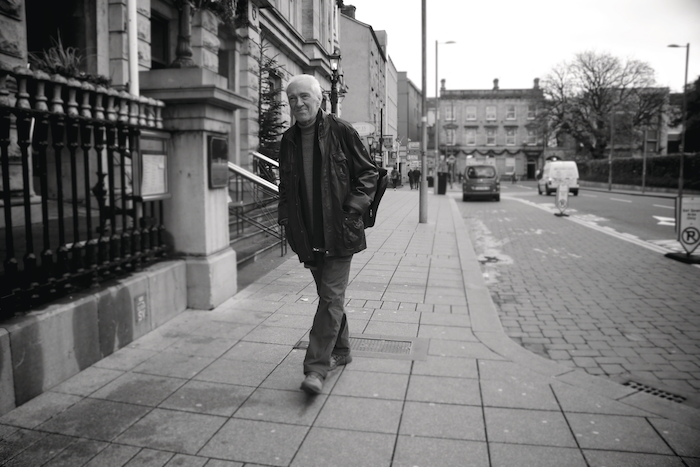 By a strange coincidence Tom Kennedy was also the father of Ken’s future partner Phyl. The couple have now been together for 36 years and have a daughter, Grace. Though they grew up near each other, Ken reveals they never met until adulthood.

“Phyl lived all over the world and so did I," says Ken. "We first met in the GBC restaurant when we were both home for a visit. I heard this woman giving out yards to somebody and I looked over and she asked me ‘What are you looking at?’ I said ‘God help that person who’s listening to you,’ and I turned away. She came up and tapped me on the shoulder and said ‘Do you want to go to the pictures on Saturday night?’ I told her ‘You’re the most formidable woman I’ve ever met.' In all my books the women are the strongest characters.”

After getting a PhD in metaphysics from Trinity, Bruen spent more than 20 years working all over the world teaching English. In 1979 he was in Rio de Janeiro when he was arrested following a fracas in a bar and suffered six brutalised months in prison. I ask why his books scarcely draw on his globetrotting experiences?

“Every publisher I ever had would ask ‘Why won’t you write a travel book?’" says Ken. "When I was travelling I even kept a diary and when I went to Rio I had 30 leather-bound travel diaries. But after coming out of prison I was so destroyed I burned every single one of them. The only one in all my books where there is travel is the series about Inspector Brant; he goes to Australia and the reason I did that was I was just after coming back from there and I liked it so much I wanted to put it in a book. I do use America as a setting for three novels and I was in America when I wrote them. There are three cities I love to write about; Galway, London, and New York and there is more than enough there.” 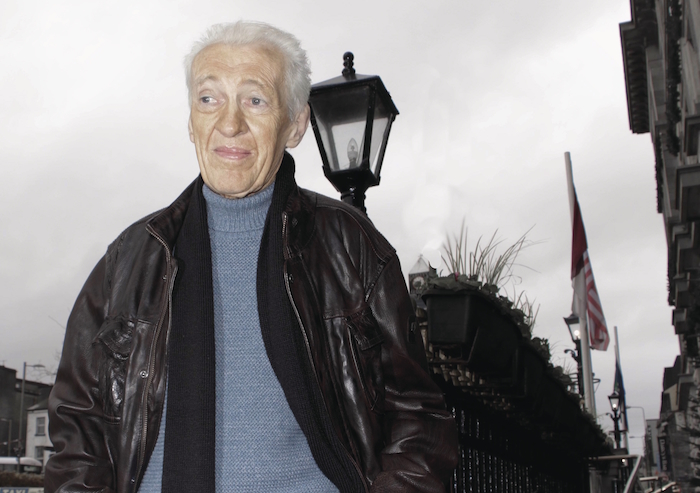 After the trauma of Rio, Bruen settled in London where he began to write in earnest, partly as a catharsis. “I thought I was absolutely finished as a human being; I couldn’t get past what had happened in Brazil,” he states. “Friends suggested I go back teaching but I told them I couldn’t. They said ‘We have some really screwed up kids and no-one can relate to them, why not just come and talk to them’. So I went in and something clicked; they saw how messed up I was and I saw the same in them.

"I started teaching them about books; they hated literature but they loved anything to do with crime so I decided to write a book set in Brixton and sneak in literature by having a guy obsessed with the poet Rilke. Lo and behold the book, Rilke On Black, took off. The kids loved it and it got nominated for best crime novel of the year. With both the book and the teaching I started to heal; while the nightmares never fully went away they became less intense. My books are dark because that was my experience – I wouldn’t be able to write a light book. But even with something terrible you turn the page and there’ll be something darkly humorous.”

After 15 years in London, Ken and Phyl returned to Galway when their daughter Grace was born. “We moved back just before the boom happened,” he recalls. “Suddenly there was all this money, and there was dope and all kinds of problems that prosperity brings. I’d been thinking about the librarian and books and Galway as it was changing. My brother Noel had recently died as a homeless alcoholic in Australia, and they all came together in my head and I said to Phyl one day ‘It’s time I wrote an Irish crime novel set in Galway’. That was The Guards, the first Jack Taylor book. It was only ever meant to be this small Irish novel but then it took off in America. My publishers had wanted me to change the Irish style of the vocabulary because they didn’t think Americans would understand it, but I refused and the Irish argot was the very thing that made it sell because all the Irish there loved it.”

With 13 Taylor books now in print, all of which feature familiar Galway landmarks I suggest it can only be a matter of time before someone starts doing a Jack Taylor city walking tour. “I’ve heard there is one already!” Bruen replies, “I’d love to go on it myself just to see where he goes. Some Japanese tourists came to my door a couple of years ago and they wanted me to give them a Taylor tour so I took them into Garavans at 11 in the morning and they started drinking whiskey. They wanted me to join them but I said it was a little early for me so I sipped coffee until four o’clock when I poured them into a taxi when they were all legless. Garavans were delighted because they went through six or seven bottles of Jameson in five hours.” 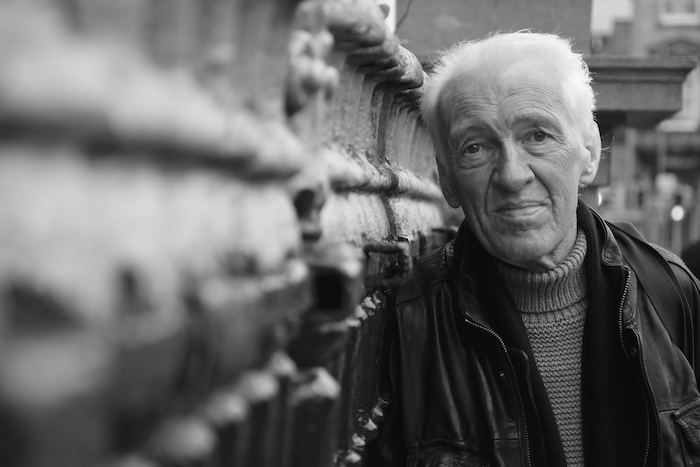 In the Taylor books, Jack is constantly running up against priests, most of whom are deeply flawed individuals. “I was in Gormanston boarding school for five years,” he declares. “They were the five worst years of my life. I didn’t suffer sexual abuse but there was corporal punishment and the priests continuously told me that I’d never amount to anything. I knew if I ever wrote my priests wouldn’t be like the one in The Quiet Man, they’d be like the ones I had experienced and I’ve never had to exaggerate once; that’s what the priests were like in Gormanston; they drank like fish and smoked, yet presented this pious facade to the world.

“The other thing I wanted to go against, and it caused me even more trouble than the priests, was that Jack says in every book ‘my mother was a walking bitch’. In Irish literature the mother is this lovely mother mo croí type. Even though my own mother was nothing like Jack Taylor’s, I wanted everything to be the opposite of what it usually is. I got tremendous grief from mothers about that, telling me ‘You can’t say that about an Irish mother’ and I’d reply ‘I didn’t say it. Jack Taylor did’.”

Bruen’s novels and the Jack Taylor series in particular have been garlanded with praise and awards, while the film versions have boasted blue-chip stars like Iain Glen, Kiera Knightley, Aidan Gillen, Colin Farrell, Jason Statham, and Paddy Considine. For all the accolades, Bruen has been weirdly neglected by Galway’s cultural establishment, having never been invited to read at Cúirt or the Galway International Arts Festival ,or received any other official recognition. “It’s just one of those things,” he says, philosophically. “I’ve given up caring about it but I don’t know why I never get asked.”

One hopes that injustice will be remedied soon. In the meantime readers can relish The Ghosts of Galway.