Friday 3rd of November 2017: The Junior Galway Film Fleadh has announced an exciting, engaging and inspiring programme of cinematic events for the young people of Galway for this November. One of the big themes of this year’s festival is Science and Cinema.

On Saturday 11th of November, we have our special Matinee Screening of the first X-Men film. The success of X-Men in 2000 was the catalyst for the current dominance of superhero cinema at the box-office. It was also the film that started scientist Barry Fitzgerald on a journey into the Science of Super heroics. Barry is a Research Scientist at Delft University of Technology, a Scientific Communicator and Author. Last year he published his popular science book Secrets of Superhero Science. In the book he discusses the real science and current scientific research that you need to know to create the superpowers of the superheroes. Iron Man suits, invisibility cloaks and web slingers are just some of the topics discussed. As well, of course, as the genetic superpowers of the X-Men.

So, join us on Saturday, November 11th for a screening of the film that launched a whole industry and an introduction/post-screening discussion with Barry Fitzgerald about the amazing science of superheroes and how the world of the X-Men is not as far away as we think. If you come in fancy dress as your favourite super hero you’re in with a chance of winning some spot prizes!

Ireland’s youngest filmmakers also get to showcase their work as part of the Future Filmmakers shorts programmes while filmmaking Workshops will help young people explore the Science of cinema in workshops including Special FX make up for the Movies, Screenwriting, Acting for the Screen (with actor Amy-Joyce Hastings ), Introduction to Film Editing (With editor Julie Flavin ), Manipulating sound: Creating Music for Short Films (With Anna Mullarkey ) and a very special workshop with writer of comics, books, games, film and theatre, Maura McHugh, on storytelling across various media. And don’t forget the Script Competition for those students who have the creative-writing bug.

The Junior Film Fleadh runs from the 8th - 11th November. 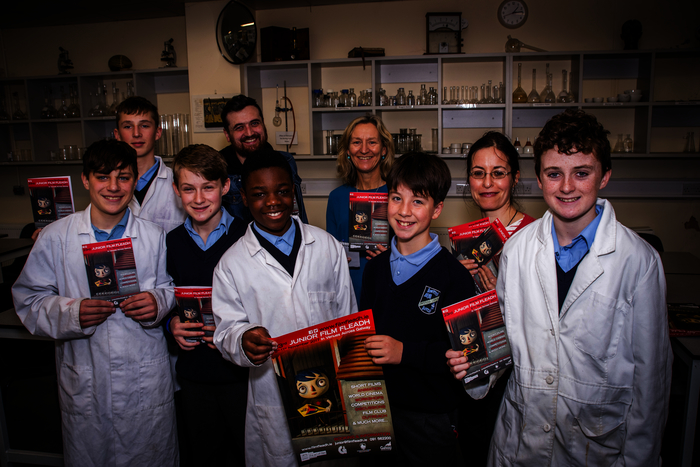