Theresa May's 'seemed like a good idea at the time' but in reality, reckless gamble, to call an early election in Britain, resulting in the Tories losing their majority, caused Leo Varadkar to resist any temptation to call a snap election in the Republic, after his elevation as Fine Gael leader and Taoiseach.

Since our own hung parliament after Election 2016, many pol corrs, analysts, and 'opinion formers' have regularly predicted the current FG/Independent Alliance will be gone within the next six months. Come the end of August, the Government will have reached their third period of lasting six months in office.

On occasion, we have come close to an election, but Fianna Fáil's unwillingness to pull the plug - a mixture of frustration of not pulling far enough ahead of FG in the polls (the Ireland Thinks/Dail Mail poll of June 26 shows it lagging behind the 'auld enemy' ), and party justice spokesperson Jim O'Callaghan's influence over party leader Micheál Martin in supporting Garda commissioner Nóirín O'Sullivan, etc ) - ensures the next election will be 2018 at the very earliest.

That said, parties and independents across the State are on an election footing, and already much of the composition of the ballot paper for Galway West can be reasonably predicted.

Galway West's five TDs are Junior Minister Seán Kyne and Hildegarde Naughton (FG ); Éamon Ó Cuív (FF ); Catherine Connolly and Noel Grealish (Independents ). The constituency is also home to two senators - Sinn Féin's Trevor Ó Clochartaigh and Independent Alice Mary Higgins. All five TDs will be running next time out, as will Sen Ó Clochartaigh. So who will join them? 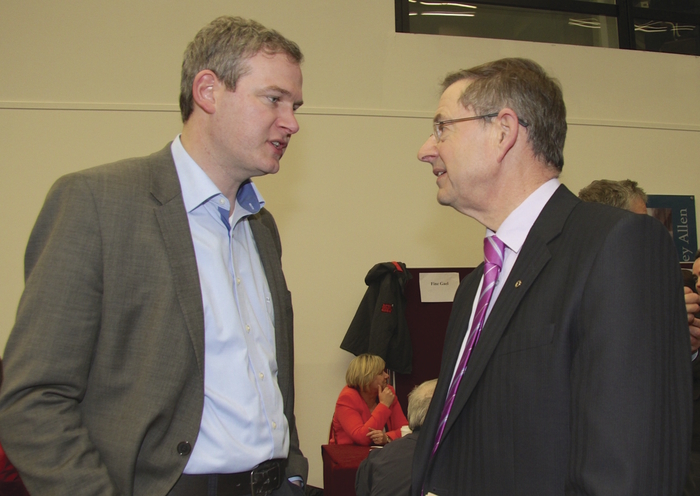 Fine Gael have a notorious tendency to run more candidates than the party needs, and thus split their vote. In 2016, the party rectified that by running a very disciplined campaign, which saw two of its three candidates elected, with transfers from the third pushing the second candidate over the line. This was managed despite a slightly lower overall vote than FF, which returned only one candidate.

FG will want to retain its two seats, but there are doubts within the ranks that this might be achievable. The pessimists argue that, as the outgoing Government, it will face a drop in support; and that Galway West will be slightly smaller next time out, with parts of south Mayo and the Oranmore region - both areas of support for the party - transferring into other constituencies (somethhing that will also affect Dep Noel Grealish ). The question for FG is, is it better to run its two existing TDs only, rather than add another to the ticket?

Éamon Ó Cuív has the safest seat in the State and will be returned, so the real battle will be between the two men looking to be the party's standard bearer in the city - Cllr Peter Keane and former councillor John Connolly. Cllr Keane is displaying a great hunger and determination to be added to the FF ticket, highlighting sundry issues - some controversial - and canvassing in areas outside his Galway City West ward.

John Connolly turned in a credible performance at Election 2016, given he had been out of the political and public eye since losing his council seat in 2009, gaining 6.04 per cent and lasting until the 12th of 14 counts. This has not gone unnoticed by the party, but Connolly will need to display decisiveness and determination if he is to persuade the party he has the passion of Cllr Keane.

FF might also be better to stick with just two candidates - Ó Cuív will take Connemara and the west of the city, leaving little in their home bases for either Keane or Connolly, so they will need the rest of the city and the east of Galway West. The problem is, both are virtually unknown east of the Corrib, meaning a third candidate is likely. So will councillors Martina Kinane or Malachy Noone receive their call-up papers?

The question that will dog Sinn Féin is, 'When will Cllr Mairead Farrell run?' At Election 2016, many outside the party felt an Ó Clochartaigh/Farrell ticket would have been stronger and could have challenged better for a seat. However the possibility of such a ticket caused controversy between long-standing and younger members within the party - Ó Clochartaigh and Farrell were more victims of these divisions than involved in them. For the next election, Sen Ó Clochartaigh will stand as the sole candidate, but the question of 'Whether Cllr Farrell?' will persist.

Labour will run Cllr Niall McNelis, a good candidate, but very difficult to see Labour regaining Galway West anytime soon. Even that recent Ireland Thinks/Daily Mail poll showing Labour at seven per cent (up two ) is a long way off from being able to challenge for a seat. Yes, Hildegarde Naughton and Catherine Connolly's first preference votes were only 7.11 and 7.59, but Dep Naughton had John O'Mahony's transfers to see her home while Dep Connolly can pull in huge transfers from the other Left candidates that Labour simply will not.

Another challenge for Labour is that many of the Left are 'out to get them' so to speak, as stopping a Labour revival will be as satisfying for some as winning a seat itself.

In 2016, the Social Democrats' Niall Ó Tuathail took a large amount of support from people who used to vote Labour. That pool of votes is still up for grabs but the Soc Dems have not fully followed up on that potential. Despite some activity and a remaining goodwill, Mr Ó Tuathail will need to become more visible and active if the Soc Dems are, long term, to significantly and realisitically challenge Labour for the soft-Left/Liberal vote.

Then there are 'The Alphabets' - PBP and AAA - People Before Profit and the Anti-Austerity Alliance, now known as Solidarity. Joe Loughnane, co-founder of the Galway Anti-Racism Network and Galway Pro-Choice, will stand for PBP in the next general and local elections. Solidarity has yet to chose a Galway West candidate, but a likely contender is Conor Burke, one of the party's most active and energetic members.

Above all though - and despite much wishful thinking by Labour ("Catherine's not as strong as she thinks she is," one Labour member confidently asserted to me recently - Well I've heard that before ) Dep Connolly is still the Left TD others have to beat, and hers is a seat which will not be surrendered lightly or easily.

City councillor Mike Cubbard will also stand at the next General Election. He will be looking to improve on his 3.30 per cent tally in 2016 with the medium to long term view of expanding and solidifying his support base, and becoming one of the main future contenders for a Dáil seat. The Greens are likely to also run in the next election.