MAY 16, 1966, was the day The Beach Boys’ Pet Sounds was released to the world. It is an album which still tops many ‘best ever’ lists yet it was initially greeted with dismay and bafflement by its label Capitol Records, and even within The Beach Boys opinion was divided on its merits.

More than 50 years later, its status as one of pop music’s greatest achievements is universally recognised and when Brian Wilson and his band take to the Absolut Big Top to perform Pet Sounds in its entirety, it promises to be a musical highpoint of GIAF 2017, this summer, and this year.

Wilson was just 23 when he recorded Pet Sounds. Between early 1963 and the end of 1964, he had penned 16 hit singles and seven hit albums, many of them paeans to an idealised California of sun, surf, cars, and girls. Wilson had grown up in the years between the end of the Korean War and the escalation of America’s involvement in Vietnam, while most of the civil rights clashes were happening in distant states like Mississippi and Alabama. Little wonder the Beach Boys’ songs sounded sunny and trouble-free. No hard rain was gonna fall on their beach party.

Inwardly however, Wilson was a much more troubled soul than hits like ‘Fun, Fun, Fun’ suggested. "There was pressure, always pressure,” he recalled in a 2002 interview. “The people I was working with were pressurising me and I was constantly afraid. That's what I remember most: being nervous and afraid.”

That abiding sense of fear was largely instilled in childhood by his bullying father Murry Wilson, a minor musical talent with big ambitions who could never forgive his son for being way more gifted than he was himself. The gorgeous ‘In My Room’, released in 1963, with its portrait of bedroom-as-sanctuary hints at the atmosphere of fear that existed in the rest of the home; ‘There's a world where I can go and tell my secrets to/In my room, in my room/In this world I lock out all my worries and my fears/In my room, in my room."

By 1965, Wilson was also tiring of the pop formula he was being asked to recycle in song after song and wanted to create music that was more adventurous. That year he quit touring so he could devote himself to developing his ideas in the studio. He was smitten with Phil Spector’s ‘wall of sound’ and sat in on some of Spector’s recording sessions to observe how he worked. “I was obsessed totally with Spector, with the energy of his music,” he remarked in that same 2002 interview. “That's why I called the album Pet Sounds - the same initials as Phil Spector.”

The other major influence on Pet Sounds was The Beatles’ 1965 album Rubber Soul. "I liked the way it all went together, the way it was all one thing.” Wilson observed. “It was a challenge to me ... It didn't make me want to copy them but to be as good as them. I didn't want to do the same kind of music, but on the same level." 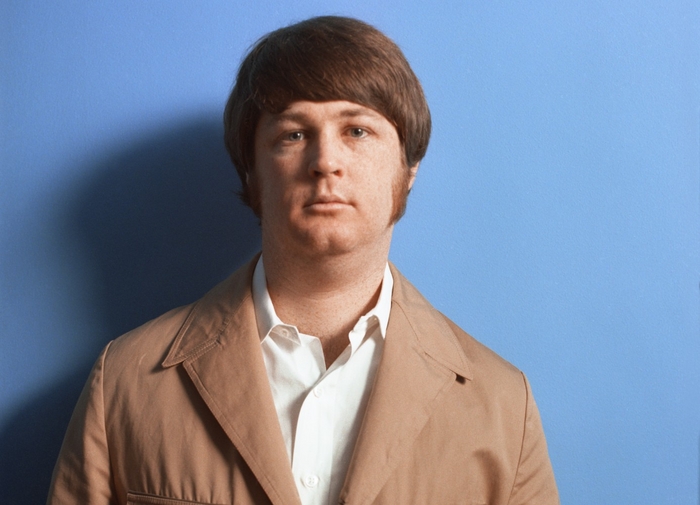 Pet Sounds was mostly recorded in the early months of 1966. Wilson assembled Phil Spector’s ‘Wrecking Crew’ session musicians to lay down his wonderful, elaborate, symphonic arrangements, and recruited Tony Asher, a young copywriter, to write the lyrics. Asher could have stepped straight out of the world of Mad Men; his CV included work for Max Factor, Gallo Wines, and Mattel Toys. All that remained for the rest of The Beach Boys to do was to record their harmonies when they returned from touring. When they arrived at the studio though, they had misgivings about Brian's new material.

In the Wilson biopic Love and Mercy, there is a scene where Mike Love grumbles "even your happy songs are sad" and, listening to Pet Sounds, it is striking how often the loveliness of the music is wedded to feelings of insecurity and loss. Look at how many of the song titles and lyrics feature negative phrases; ‘Wouldn’t It Be Nice’, ‘That’s Not Me’, ‘Don’t Talk (Put Your Head On My Shoulder )’, ‘I Just Wasn’t Made For These Times’, ‘Caroline, No’. Even the sublimely beautiful love song ‘God Only Knows’ starts with the phrase ‘I may not always love you...’.

‘You Still Believe in Me’ has an upbeat title but the final phrase in the song is ‘you make me wanna cry’ and the open vowel of ‘cry’ is then harmonised and extended right through to the end of the track. The single word ‘cry’ thus takes up almost half the song. On YouTube you can find an unfinished 1968 take by The Beach Boys of ‘Walk On By’ and the way Wilson sings the word ‘cry’ on that is both haunting and harrowing. “I think because I felt so sad I had to bring out my feelings, and try to create music that would make me and all my friends feel better,” he would later remark.

At a time when LPs were packaged as platforms for hit singles, it’s hardly surprising that the marketing execs of Capitol Records panicked when presented with Pet Sounds. The company hastily lashed together and released a greatest-hits compilation and threw their commercial weight behind it. Best Of The Beach Boys promptly went gold, while Pet Sounds, effectively neglected, barely cracked the Top 10. Wilson was crushed.

Coincidentally, May 1966 also saw the release of Phil Spector’s ‘River Deep, Mountain High’ featuring Tina Turner. It also flopped commercially which sent Spector into a depression that prompted his withdrawal from music.

Within the year Wilson would do likewise. At the end of 1966 he had what was his final No 1 with ‘Good Vibrations’ but, in 1967, his inability to complete the Smile album triggered his abdication as leader of The Beach Boys. That failure and his increased drug abuse exacerbated the mental health problems which kept him a peripheral figure musically until the 1990s when he recovered enough to start performing and recording regularly again.

The tide also rapidly went out on The Beach Boys as a major musical force. Other California bands such as Love, The Doors, The Grateful Dead, The Jefferson Airplane, and Sly and the Family Stone were more plugged into, and expressive of, the turbulent zeitgeist of the times. Having been No 1 in November 1966, by November 1969 The Beach Boys were playing Sioux City, Iowa, to just 50 people.

Yet the fact that Pet Sounds ‘just wasn’t made for these times’ in the febrile atmosphere of the late 1960s also meant that it was not limited by those times. As the years have rolled by, it became easier to appreciate it as the work Wilson always intended; a suite of songs and soul-stirringly sublime music about love and loss, heartache and joy.

Brian Wilson performs Pet Sounds, plus a selection of his other great hits on Sunday, July 23rd. His 15 piece band includes Beach Boy stalwart Al Jardine and Blondie Chaplin who was with the band in the early 1970s and is best known for his rousing lead vocal on the song ‘Sail on Sailor’. Doors are open at 7pm, tickets are €65 from www.giaf.ie/brianwilson #GIAF17