HE HAS been called ‘The Hairy Baby’. It’s a mystery no one has yet called him ‘The Bearded Wonder’. What is absolutely certain though, is that Steve Bennett is Irish Comedian Of The Year 2016, Róisín Dubh Comedy Clubh MC, and a serious comedic talent, with the potential to go far in the business.

At last October’s Vodafone Comedy Carnival Galway, Steve was crowned the inaugural winner of the prestigious new Irish Comedian Of The Year competition. It was a well earned victory for the young man, a recognition of both his talent and the long hours and hard work he has put into his art and his career.

Steve emerged on to the Galway comedy scene in the early years of this decade, before getting regular appearances at the Edinburgh Fringe festival, presenting the shows Passion, Pints, and Potatoes (with Christiane O’Mahony ) in 2012, and the solo shows In Bits (2013 ) and Groan Up (2015 ). In 2014 he won both Show Me The Funny and Best Newcomer at the UK Musical Comedy Awards, and in late 2015 Steve landed the gig as MC of the Róisín Dubh Comedy Clubh, which runs every Friday night at the Dominick Street venue.

He was already on the upward trajectory, but winning Irish Comedian Of The Year has taken Steve a significant step further up the comedy ladder, and led to his playing shows at the Perth and Adelaide comedy festivals in March.

“I’ve been a lot busier since I won the title,” Steve says as we sit for the interview in Massimo on a Friday afternoon. “I feel like it’s been easier to get gigs. I can say to promoters, ‘I’ve won this competition’ and because of that, more places will give you a shot. That’s what I did last week in London. Every gig you do you up move up along another bit, get better, get more professional. Winning a competition like that is like getting a qualification, it gives you a bit of leverage. It makes a potential promoter say, ‘Maybe this guy’s not shit’.”

Steve has been doing comedy full-time for the last 12 months. “I was an English teacher, I haven’t had to go back to it yet,” he says. “Comedy is paying the bills which is both weird and amazing.”

Adventures in a land down under 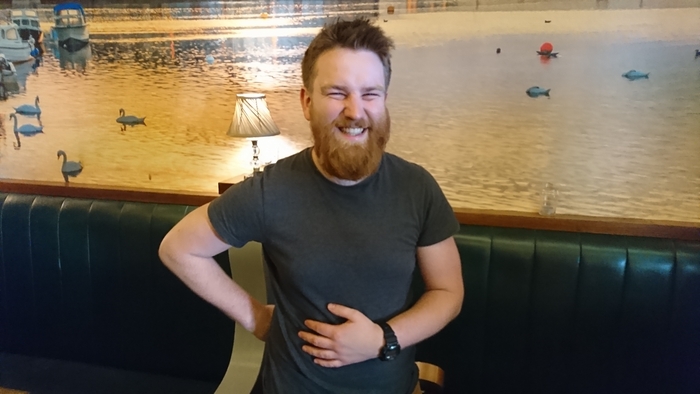 Australia too, turned out to be “weird and amazing”, as sharp a comedic learning curve as it was full of fun. “You’re playing gigs, but in nicer weather, and while wearing shorts,” says Steve, “I only got sunburnt once…what an Irish thing to say! But the heat was intense, some days you’d get up, but have to stay inside it was so warm. That’s something Irish people never get used to.”

It wasn’t just the heat that was intense, it was the workload as well. “I did three 15 minute gigs a day for 10 weeks. You’d be running from venue to venue, going from a cellar to a balcony. I remember one gig in Perth, standing on a balcony, doing the gig with the skyline and skyscrapers in the background. That’s what playing a festival is like, you play so many weird rooms, and you’re at a constant level of energy and excitement.”

Steve was in Australia for 11 and a half weeks in total, with only a day off here and there between gigs. “It was so much work, but that’s why it was an amazing opportunity, you couldn’t sit there and be in awe of it all,” he says.

In Perth and Adelaide, he also had to take on the challenge of children’s shows. “I’ve never played to kids before, 45 minute shows each day, and kids are a tough audience,” Steve says, before laughing, “They can be horrible little people. If they don’t like something, they will actively boo you. They’d go ‘No! Stop!’ I did my ‘We’re All going to Die’ song, but they liked that. Kid’s shows are a challenge, you can’t do your normal material, it’s also very physical, you have to do a lot of waving your arms and shouting.”

“Rosco had to come onto a dark stage and I had to go off," says Steve. "So to get off quickly I jumped down, but didn’t see this chair, and landed on it awkwardly, missed my footing, and I went sliding along the floor! I nearly broke my neck! As I was sliding I tried to grab hold of the curtain but ended up managing to pull the entire rigging down! Rosco ended up wearing the curtain like an old lady’s gown!”

The duties of a comedy clubh MC

Steve survived that ordeal and, armed with his trusty ukulele, has returned as Róísín Dubh Comedy Clubh MC, where his mixture of cheek, charm, irresistible good humour, and witty ditties go down a treat. As Chortle.co.uk said: "Eminently likeable, Bennett’s effervescent, but not irritating, good natured and inherently funny – a winning combination.”

What does Steve like best about being a comedy MC? “The interaction,” he declares. “You have every excuse to talk to people and make a laugh out of something. It's a spinning plates job. You have to set up the night, tell jokes, let people know what’s going on. You want people to enjoy themselves, I’m there, ‘Yay! Let’s go mad!’ but you also have to tell everyone the basic rules - turn off your phones, please don’t shout. I like the excitement and the intensity. You have to be a bit like the substitute teacher sometimes. It’s a high pressure job - meet me and the air traffic controllers!”

Tomorrow the clubh will host Abigoliah Schamaun, said to be the only stand-up comic who is also a yoga instructor. An American, based in London, The List rated her in its Top 5 of today's up and coming female comedians, and said “There can't be many acts with as much sass as Schamaun." 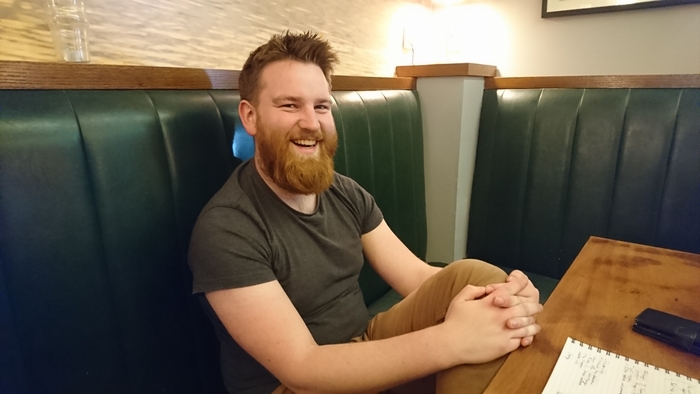 So what’s next for Steve Bennett? Well, Edinburgh beckons, as does another go at a children’s show. “I’ll be doing more festivals, more London gigs, I want to do more of that. I’ll be doing loads of shows at the Edinburgh Fringe, including a children’s show, This Is Your Trial, an improvised courtroom show. Another show at Edinburgh will be a compilation show, Not Quite Mass, with a couple of other comedians, it’ll be full of jokes and silly games; and I’ll also have my solo show, Ah Sure It’s The Irish Comedian Of The Year. Why not use the title in the title of the show? It’s about perfection and failure.”

Doors for Abigoliah Schamaun at the Róisín Dubh Comedy Clubh tomorrow are 9pm. Support is from Aidan Greene and Ruth O’ Kelly Hunter. Tickets are €10 from Róisín Dubh; [email protected], Shop Street; and www.roisindubh.net; or €12.50 at the door.