They have published three of the most talked about, and critically acclaimed, Irish novels of recent years - including the award winning Solar Bones by Mayo born, Galway based author Mike McCormack - but for Tramp Press’s Sarah Davis-Goff and Lisa Coen, there is still a lot to be done, and many attitudes still to be changed.

Sarah and Lisa were in Galway last weekend for the city’s Cúirt International Festival of Literature where Tramp authors Sara Baume, Arja Kajermo, and Mike McCormack were reading. We met in the Hotel Meyrick on Sunday morning to talk about Mike McCormack’s success; the challenges of being a small, independent publisher; feminism and male attitudes to women’s writing.

Since launching in 2014, Tramp Press have made quite the mark for a small publishing house. “We thought Tramp would just be a part time gig” says Lisa. “Happily it’s turned into real jobs very quickly!”

Its founders had several years of experience working in the publishing industry, but their reputation was made by their discovery of Sara Baume and publication of her debut novel, Spill Simmer Falter Wither, in 2015; reputation further enhanced with Mike McCormack’s Solar Bones last year, and Baume's second novel, A Line Made By Walking, another acclaimed work, published this year.

Baume and McCormack's novels, alongside works by Donal Ryan and Eimear McBride, seemed to usher in a new era of imaginative, innovative, Irish fiction, whose experimentalism the reading public was willing to embrace. Galway, of course, was particularly proud of Mike [pictured below] when Solar Bones won the Bord Gáis Energy Book of the Year and the Goldsmiths Prize. 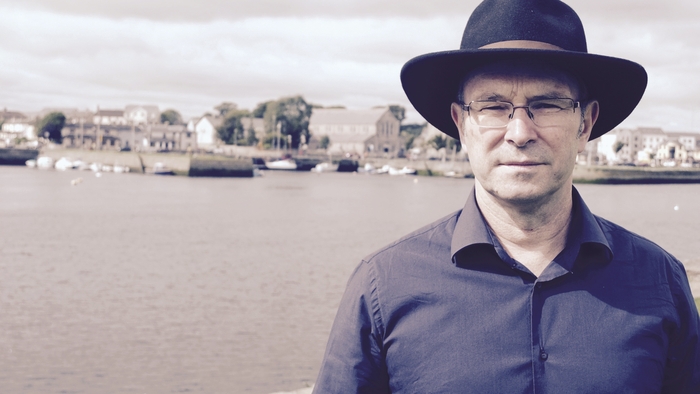 “The type of writer Mike is, is the type of writer we always had in mind to work with,” says Lisa, “and anybody with taste admires Mike McCormack. When people compare you to Joyce and Beckett it sounds like it will be a chore to read. Yes, Mike’s writing is ambitious and unusual, but it’s also exciting and accessible and entertaining.”

“The success of Mike and Sara, shows there is a market for more experimental fiction,” says Sarah. “You shouldn’t doubt the reading public. The moment you start to doubt them is when you should hand in your togs.”

It had been 11 years since Mike had published a novel, the last being 2005’s Notes From A Coma, but when it emerged Mike had a new novel on the way, Tramp made its mission to get him. “Sarah emailed Mike’s agent ,” says Lisa. “Tramp didn’t have a lot of books out at the time, so we weren’t really on the agent’s radar, but we were determined to throw our hat into the ring and made it clear we wanted him.”

“It was the type of case you dream about as a publisher,” says Sarah. “I was a sweaty wreck after reading the manuscript. We lost a lot of sleep to try and get it for Tramp. The book had been on offer to another publisher, but we managed. And Mike has been a dream to work with.”

The idea of certain kinds of writers, and writing, is being overlooked, was the key to Sarah and Lisa establishing Tramp Press - but there was as much an social and ideological motivation, as there was a literary one.

“There were a number of reasons we founded Tramp Press,” says Sarah. “Looking around us we saw that decisions on who, and what, gets published were mainly being made by white men of a certain age. That showed a lack of diversity in publishing, so being youngish and women, we thought things could do with a change. We were both worried about the type of books that were being published. A lot of publishers were looking soley for commercially rather than emphasising quality. They would also pick up the first 20 titles they thought had potential, rather than concentrating on just a few of them and giving them the love and attention and work they deserve. That’s why we publish only a small number of books at at time. Many publishers will also have a launch for a new book and thing, that’s it. We say the launch is only the start.” 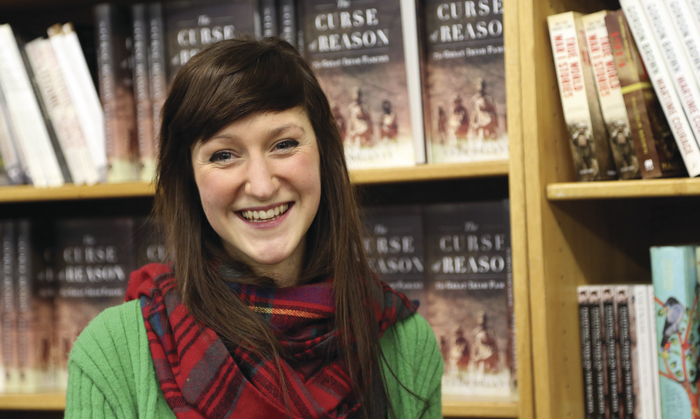 Nonetheless, being a small, independent, business brings a number of significant challenges. “For an independent publisher in Ireland, authors can overlook you, and concentrate their efforts on London,” says Lisa, “but in going with a larger publisher you can get lost. There is a large turnover in large publishing houses and your editor can move on, meaning a writer is left floundering. With a small publisher, we can look after and nurture a writer.”

'We often think of women authors as being prominent in writing these days - whether that be Sara Baume [pictured above] winning awards, or Cecilia Ahern and Kathy Kelly storming up the best-sellers list - but if the Internet and Donald Trump have taught us anything, it’s that, not only has sexism never gone away, it’s received a whole new lease of virulent (indeed viral ) life - and literature and publishing are not immune to this.

“We deal with a lot of people in the UK,” says Sarah, “and we tend to notice that women negotiate in a certain way - they will be canny, they will be tough, but they are willing to see everyone walk away from the table happy. With men - very broadly speaking - there is an attitude of ’I don’t think you understand the complexities of this, dear’. There can be a lot of assumptions, lip service, and condescension.”

“Sometimes we get submissions from writers addressed to ‘Dear Sirs’,” sighs Lisa, “despite our website having a big picture of the two us on it!”

Lisa also points out that different attitudes are brought to bear on a book, depending on the gender of the author. “There is still a tendency for books written by men to be taken more seriously than books written by women, for them to be reviewed more than books by women, and to be reviewed more seriously. There is a view out there that thinks of women’s writing as a genre.” 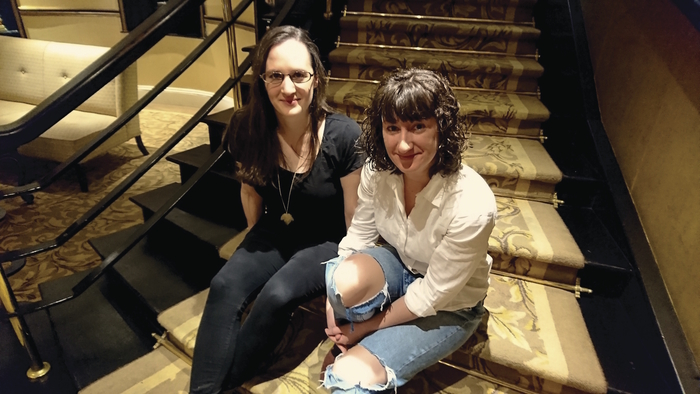 It’s a range of experiences which have made Tramp a “feminist press” - down to their title. Tramp is named after John Millington Synge’s “tramp” figure, the outsider who comes along to shake up the patriarchy. It is also an subversion of a word which has been used to insult women as a whole.

“We are a feminist publisher,” declares Sarah. “By that, we don’t mean we want to publish writing by only one gender, or that we take one gender more seriously than another. There is exceptional writing out there by women that needs to be supported and there is a market for it. We also want to have diverse voices. We’re keen to hear from people of colour. It’s not enough to be open to lots of voices, you have to chase them down.”

She also has a stirring definition of just what feminism is: “If you’re not an asshole and you believe in the equality of the sexes you’re a feminist, whether you’re male or female. If you don’t, you’re an asshole, and why would you want to be an asshole?”

Finally, given Galway has many aspirant writers, what advice would Tramp give to those seeking to have their work published? “The most important thing is to read widely,” says Sarah. “Read new Irish fiction, find out what’s going on in Irish literature, but don’t just stop there, read women, read people of colour. Also read the acknowledgements page in a book - that usually mentions agents and editors. It’s good to know those names and who to send your work too.”

“Read reviews and critiques of new books, see what the feedback is,” adds Lisa. “Join a writers group, and make contact with other aspiring writers - don’t let the agent or editor be the first person who sees your work apart from yourself. Get others to read it. See what publishers publish the books you like. Go to book launches and poetry readings - support the industry and buy books.”